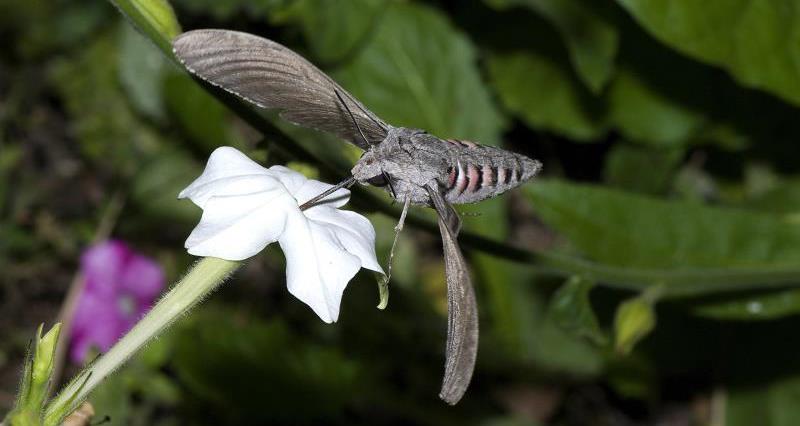 What are you talking about we hear you ask? There are regular and numerous news stories in the press about insectageddon, pesticide impacts and lack of pollinators causing crop disasters – the issue is clear cut and well known – isn’t it?

Well, surprise – there is some really good research that for some reason doesn’t make it into the newspapers. The NFU’s lead on bee health and pollinators, Dr Chris Hartfield, looks at a couple of recent examples.

Two quality studies have been published in the last month – the first is about changes in insect numbers over time, the second is about impacts of neonicotinoid use on bees. Popular topics you might think. So I sat and waited to see the national press articles appear. And I sat. And I waited. Surprise surprise, not much appeared….apart from one online article with a disingenuous headline.

Why? Well I’ll explain what the studies actually showed and maybe you’ll be able to guess.

The first study was published in Nature – ecology and evolution in early November and it tracked the amount of moths – measured by estimating combined weight or ‘biomass’ – caught in light traps sited across Britain, between 1967 and 2017.  In short, the findings revealed that biomass increased between 1967 and 1982, but then gradually decreased between 1982 and 2017. While the gradual decline since 1982 is of course a concern, the fact is the decrease is smaller than the increase, to the extent that there is more than twice the combined weight of moths in the latest trap catches than there were in the 1960s.

The study’s lead author, Dr Callum Macgregor from the University of York’s Department of Biology, said:

"Moths are a good indicator of what may also be happening in other insect populations as they are the second most diverse group of insect herbivores, with a full range of species from extreme habitat generalists to extreme specialists.

Our study does not support the narrative that insects are vanishing en masse before our eyes, because there has been a net increase in biomass over the last 50 years.”

“Biomass is particularly important because it is linked to ecosystem processes, such as the total amount of plant material consumed by insects and food availability for other animals that eat insects.

Moths provide pollination nocturnally to a wide range of plants, and they provide food for birds, bats and small mammals. Their survival is crucially important to the rest of life on earth.”

The researchers also looked at whether they could find links between declines and commonly suggested causes of insectageddon, like agricultural intensification and, for night-flying insects like moths, light pollution. They compared trap catches from woodland, grassland, arable and urban sites, but could find no evidence that agricultural practices or urban light pollution are the main driving force behind the recent decline.

The study concluded by saying ‘…the increasingly widespread view that insect biomass is collapsing finds little support in what is perhaps the best insect population database available anywhere in the world.’

This science was reported in an online press article with the headline ‘Moth populations in steady decline in Britain, study finds’.

The second study was published a couple of weeks ago by Swedish researchers, one of whom – Dr Maj Rundlöf - was the lead author on an influential 2015 Nature paper, which found that use of an insecticide containing a combination of the neonicotinoid clothianidin and a pyrethroid had harmful impacts of on wild bees (but not honeybees) within real fields.

“Our study shows that neonicotinoids should not be treated as a homogenous group when evaluating the environmental risks of insecticides. There are pest management solutions that do not detectably harm bumblebees.”

The new study shows that use of certain neonicotinoids that have a low risk of direct impact on bumblebees could benefit bee colonies and pollination, while protecting the mass flowering crops where the bees feed.

“If this effective pest management solution was to disappear from the market without there being an adequate alternative, farmers would most likely grow less red clover seed and this would mean less food for the bumblebees.”

These recent studies make an important addition to our understanding of what is actually happening to insect numbers over time, and highlight that the issues around pesticide use are not binary – they are complex and it is quite possible for use of a pesticide, even one as controversial as a neonicotinoid, to have a beneficial impacts on beneficial insects like bees.

Sadly the studies also exemplify the difficulty that quality research faces in being picked up and reported fairly if it does not fit the story the mainstream press prefers to tell.