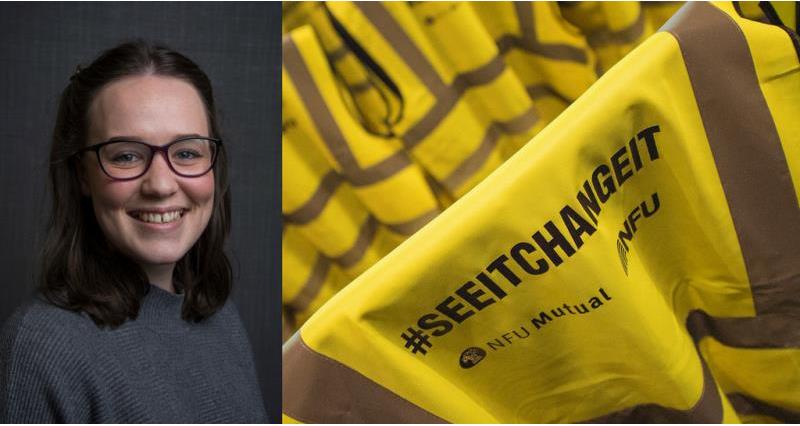 NFU press officer Jo Rector reflects on a farm safety event run by the NFU which took place earlier this week, and the culture around health and safety on farm.

I think we’re all guilty of switching off when we hear the phrase ‘health and safety’ – it’s the boring stuff you have to endure before you’re allowed to do the fun stuff, right? It’s always obvious, like don’t bash anyone over the head with your gun at Laser Quest, or don’t attempt a triple back flip on the trampoline if you’re pregnant.

Health and safety is not something that is often taken seriously, but in agriculture this attitude has resulted in a death on farm every nine days and we are topping the leader board of industry fatalities by a clear mile.

The NFU’s recently-launched #SeeItChangeIt campaign is intended to reverse this trend by encouraging farmers to actively look for ways they can improve health and safety on farm. 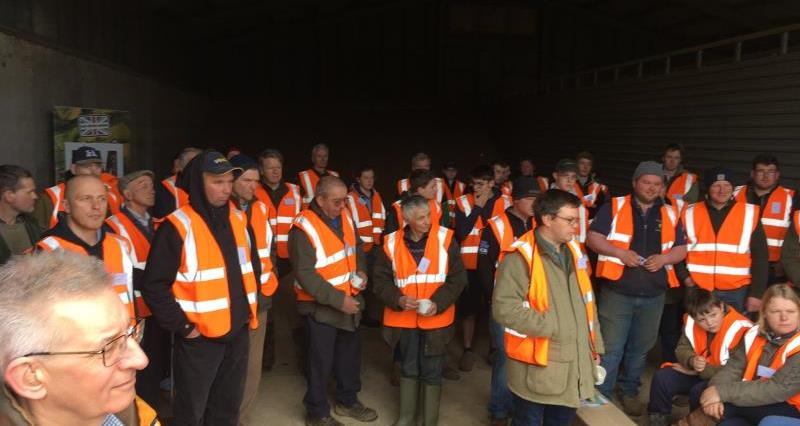 On Monday I attended a farm safety event hosted by James Walton on his farm in Shipston and organised by NFU Shipston Group Secretary Zoe Burrows. Around 60 farmers from Warwickshire attended to take part in a number of workshops designed to alert them to the possible dangers they can encounter on farm, and provide both practical solutions as well as the knowledge of how to handle a dangerous situation if it were to arise.

I now know the safest way to exit a vehicle if it has hit an overhead power line and which gadgets are best to prevent accidents when working on ladders, but the most valuable lesson I took from this event was that the most effective way of preventing accidents is also the simplest: talking about it.

By making safety a part of everyday conversation we can achieve a change in culture and attitudes towards safety and health. 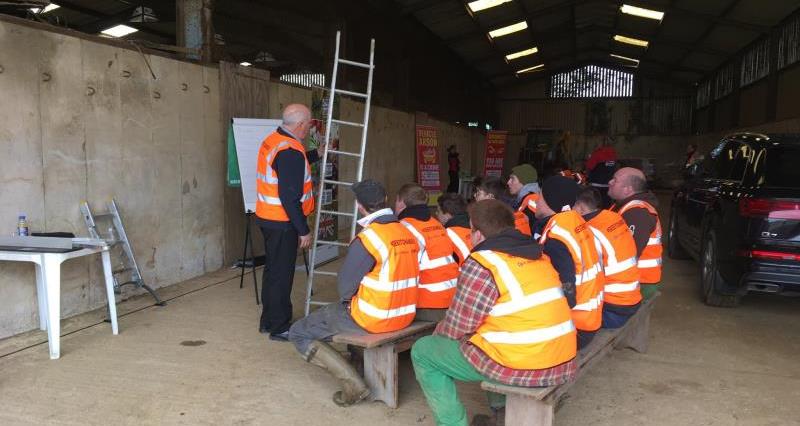 NFU Vice President Stuart Roberts began the day with a few words explaining how he has made his farm a safer place. Alongside practical changes, he said that he talks to his family and his staff about it every single day.

They discuss near misses and how best to tackle a job that needs to be done.

He said that small revelations often come from these conversations, things as mundane as reverse-parking big machinery in the morning when you’re awake so you don’t have to reverse out later in the day when you’re tired – something simple that can make a big difference.

So the industry needs to open up and talk. But there is a reason we call it health and safety – and we must talk about health and mental wellbeing just as much physical safety. Farming comes with a whole bundle of pressures and difficulties – whether it’s uncertainty around Brexit, an outbreak of TB in your cattle or rain flooding your fields – and can all contribute to stress related illnesses such as anxiety and depression. These are undoubtedly more difficult to discuss with your neighbour, but there is so much more to gain from doing so.

Mental health and wellbeing is an area where the next generation can take the lead and, in his speech on Monday, Stuart encouraged younger farmers to challenge how things are done on farm and to speak out when they think something can be done differently. Farming is a traditional industry and knowledge is passed down from generation to generation, but the argument that ‘this is how we’ve always done it’ will no longer suffice. Sometimes we actually do know better than our parents! 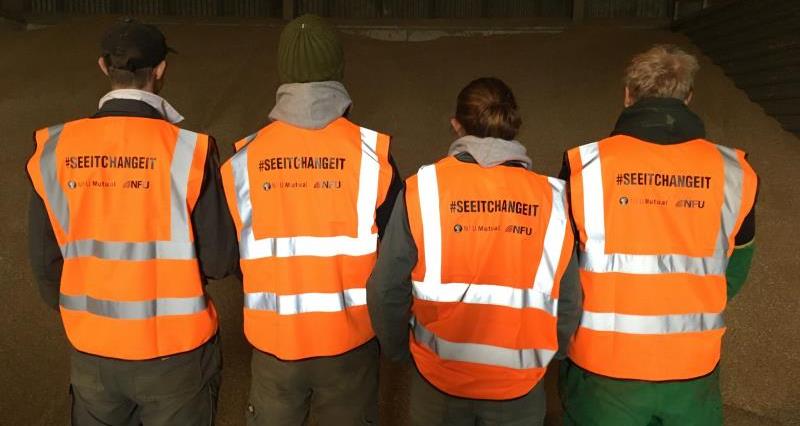 Yet the fact that 60 farmers and families attended this event – ranging from a pre-teen to a farmer most likely in his 80s – is proof that the culture towards health and safety in farming is changing. The industry as a whole is becoming more aware. Farmers are encouraging each other to look out for risks to their safety and health.

Once we start looking, we start seeing, and when we see it, we can change it.