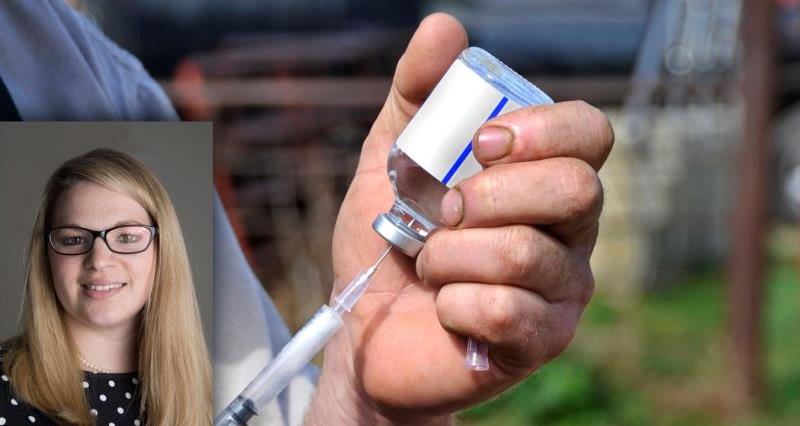 Science and research never ends, one project may provide answers but it will also pose more questions. So we’re learning all the time, which for us at the NFU allows us to better inform our policy work, lobbying and decisions. I find it fascinating which may make me a bit of a geek!

One field of research which is receiving plenty of money is antimicrobial resistance or AMR, to the tune of around £50 million over the last few years. A call has just been launched by the Medical Research Council in partnership with Department of Health for £10million of research in this field; like many other calls it is stipulated that the work takes a One Health and global approach which really reflects the challenge that AMR presents to us as humans, to animals and the wider environment.

I was lucky enough to be invited to a research showcase titled ‘AMR in the real world’ as a representative of RUMA on 7 June. The line-up of projects was fascinating and the day didn’t disappoint. I won’t highlight everything  because the projects run from stereochemistry and the occurrence and transfer of genes to spatial AMR patterns and double stranded RNAs, so we could be here a while – but I will talk you through a few of my highlights that I think you may be interested in…

The University of Nottingham has recently embarked on a project to look at slurry tanks. They have put together six questions which they hope to answer with the work and this should prove very useful in terms of informing how best slurry and anything that is included within the slurry tank is managed:

Q1 – What organisms are in the slurry tank and the nature of the genetic transfer?
Q2 – What are the antibiotics within the tank and their persistence?
Q3 – What extent is resistance maintained in the soil?
Q4 – How different stakeholders perceive and understand the AMR risk?
Q5 – Can we reduce resistance profiles through changes in slurry tank composition?
Q6 – Can we qualify the risk of emergence of AMR pathogens and the factors predicted to control this risk best?

Rothamsted Research is using its facility at North Wyke to find out whether AMR in cattle differs between grazing systems common to the UK. They have three isolated farmlets which allow comparison of many elements of production, including forage management, effect of housing, run off, etc. Interestingly they have already identified resistance to tetracycline and cephalexin in all their cattle (none were medicated), and there has been no difference in results from summer grazing or winter housing. However, this is early stages so we look forward to more updates as the work progresses.

Kristen Reyher and Matthew Avison both presented the work that the AMRForce research group at the University of Bristol has undertaken. They are looking at local data (specifically E.Coli) from dairy farms, footpaths on farm, dogs that are walked on farm footpaths and human UTI information to understand more about AMR transmission.

As I said, these are just a few current projects, there are many more underway and in the pipeline. Whilst the risk that AMR poses to us as humans, to farming and the environment carries very real consequences, research will provide evidence to help us take the best steps forward to meet this challenge.