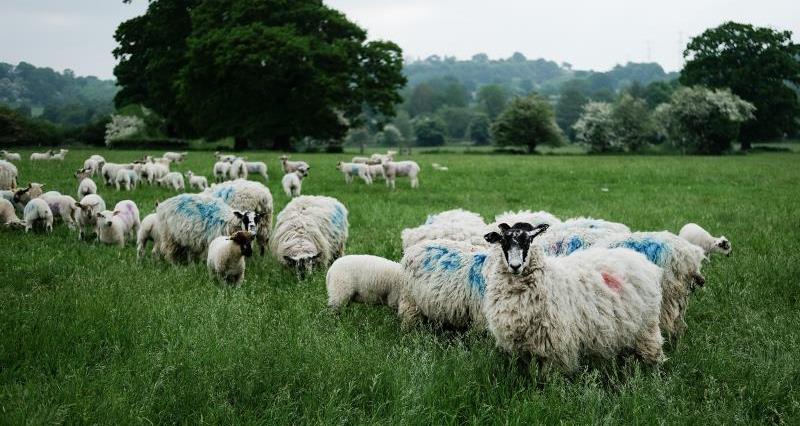 Babesia venatorum has recently been identified in the UK sheep population. B. venatorum is a zoonotic parasite, which normally infects deer and is found in Europe.

A study by the Centers for disease control and prevention has now identified B. venatorum in the UK for the first time. It is unknown how this parasite entered the UK, but it is thought most likely that it was brought in by migratory birds. However introduction of infected imported animals from Europe was not investigated. Currently the disease is considered to be a low potential threat to both humans and animals. At the site sampled on 2 separate occasions in 2014, most (85%) ewes were negative and none were positive at both times. Four (12%) were negative in June and became positive in November, whereas 1 was positive on first sampling but negative on the second. The data was collected in 2014 but the paper has only recently been published.

The study has revealed that sheep are a natural host for B. venatorum in the United Kingdom. Previously, roe deer were believed to be the main vertebrate host for this parasite in Europe.  It is unclear why B. venatorum has not previously been detected in sheep, although it may be that infection in this host species occurs only in particular foci or is limited to the United Kingdom. Ongoing active surveillance of Babesia species in UK livestock would be useful to fully understand the prevalence and transmission of the disease. Such information may be critical for controlling the spread of babesiosis, because sheep are routinely transported large distances (including across international borders) and are closely associated with tick habitats.

This has been reported to The Human Animal Infections and Risk Surveillance (HAIRS), although no in-depth discussion has yet taken place.   European roe deer are often hosts of Ixodes ricinus, the castor bean tick, which is the vector for several Babesia species. The paper itself does not go into detail about whether the sheep were co-grazing with deer and whether there is evidence of them acting as a suitable parasite host.

Cases in Europe in humans are rarely observed in men under 50 years old (mostly hunters). The disease is notable in that it appears able to infect humans without immune suppression and can present with quite severe symptoms. There have been no reports of significant animal health impacts and no reported human cases in the intervening 5 years. The parasite is however increasingly reported in Europe, with 3 confirmed human infections. As an emerging zoonotic disease, it is still only a rare event but something to be aware of. Babesiosis is treatable in most cases, although successful treatment depends on rapid and accurate diagnosis of the correct Babesia species.Tick bites on humans should always be taken seriously and if you are in any doubt about an adverse reaction to a tick bite or feeling unwell, you should seek medical advice.

The presence of B. venatorum in the United Kingdom represents a new risk to humans working, living, or hiking in areas harboring infected ticks and livestock, particularly sheep. As such, local health and veterinary professionals will need to be aware of the disease if the risk for tickborne disease in the United Kingdom is to be fully understood.