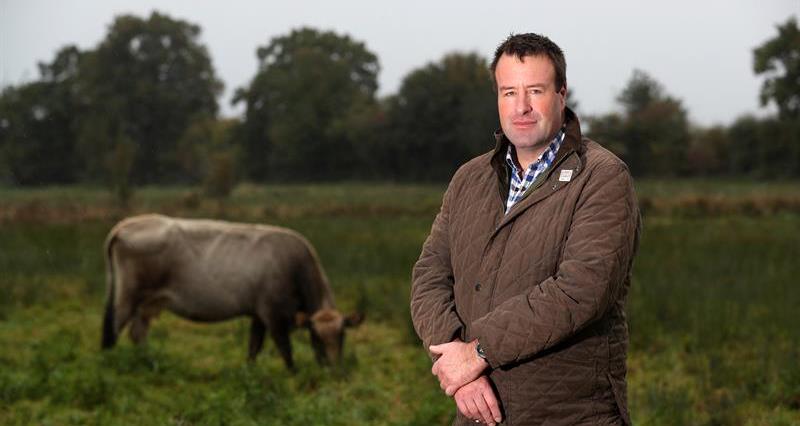 New research shows that cattle are ten times more likely to catch bovine TB from badgers than badgers are to catch it from cattle, providing an important insight into the transmission of bTB between badgers and cattle.

The new evidence from the University of Edinburgh highlights that cattle are particularly vulnerable to catching the disease from badgers, which reinforces the need for a comprehensive strategy to eradicate bTB, which includes wildlife controls.

The NFU has been clear that it continues to support a comprehensive strategy to eradicate bTB that uses all the options available, including cattle testing, cattle movement controls, enhanced on-farm biosecurity and controlling the disease in wildlife.

“Bovine TB continues to devastate family farming businesses across large parts of the country. Last year nearly 33,000 cattle were slaughtered in England because of this terrible disease and more than 3,600 farms that had previously been clear were affected by it.

“That’s why we have always supported a comprehensive eradication strategy, which balances disease control measures with business sustainability. This study provides clear evidence of direct transmission of the disease between badgers and cattle, and highlights the susceptibility of transmitting the disease from badgers. It reinforces that just one approach is not enough to deal with the disease – we need a range of methods to help tackle this disease in both the wildlife and cattle populations.”

The evidence was gathered in Gloucestershire over a 15-year period and analysed the genetic make-up of the bacteria in both badgers and cattle. It supports the conclusions from other reports including 2018 APHA epidemiology evidence and the Downs report, by saying that ‘complex patterns of contact between cattle and badgers likely drive the persistence of tuberculosis in cattle’.