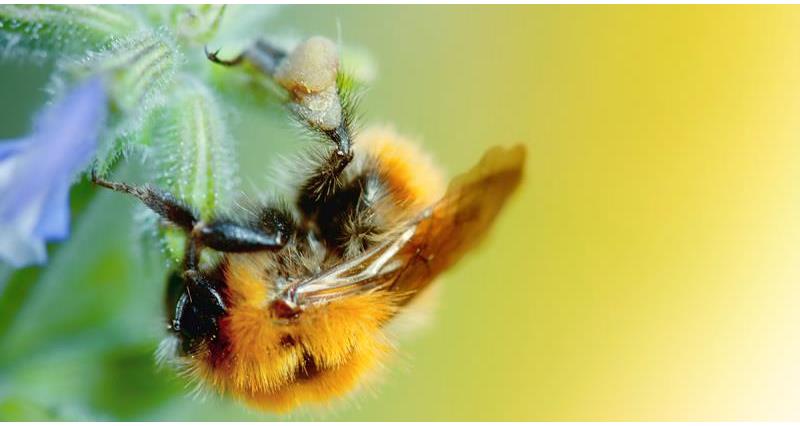 Growers may be experiencing an increase in the number of customers asking questions about pesticide applications on bedding plants, particularly the use of neonicotinoids.

This follows reports in the press regarding the banning of Neonicotinoid treated plants in some stores in 2018 and another detailing an unpublished study which claims to show that traces of three neonicotinoids restricted across the EU (clothianidin, imidacloprid and thiamethoxam) were found on plants in garden centres that are being sold under the Perfect for Pollinators brand. The study does not say where these plants were grown.

The BPOA has prepared the following information to help inform conversations with customers:

Gardens and bee-friendly flowering garden plants play a crucial role in supporting bees and other pollinating insects by providing a vital food source and habitat.
•There is no clear evidence that neonicotinoids are causing widespread declines in bee or pollinator populations.
•Independent international scientific experts agree there is still a limited evidence base to guide policymakers on how pollinator populations will be affected by neonicotinoid use.

Legal use of chemicals

The EU and UK Government determine which pesticides are authorised for use and how they can be used based on rigorous environmental safety tests and risk assessments.
•A number of neonicotinoids have been authorised for use by growers to combat crop pests.  Out of the nine active ingredients targeted as neonicotinoids (by B&Q for example), only five are approved for use in Europe, only three are authorised for use in the UK on ornamental crops, and of these, only two are in regular use in ornamental horticulture (Thiacloprid and Acetamiprid). Imidacloprid is used sparingly for vine weevil control.
•Growers operate in an environmentally sensitive manner to produce important habitat and food sources for pollinating insects. In order to do this, growers require a suite of plant protection product options available to them in order to grow in keeping with the principles of Integrated Pest Management and prevent the introduction of resistance into pest and disease populations. Products are only used when necessary and at the on-label dosage requirements to provide control for damaging pests and diseases, and usually in enclosed areas.

A study has recently been featured in the press that investigated the presence and levels of a range of plant protection products in and on ornamental plants for sale through garden centres. Unsurprisingly, a range of products were found at trace levels.
• However, this study did not attempt to tackle the critical scientific question of whether or not the presence of these pesticides at these levels actually caused any issues for bees or contributed to any decline in populations.
• While unreported in the press, the study authors conclude they ‘…are not able to evaluate whether the net effect of planting ‘pollinator-friendly’ flowers contaminated with pesticides is likely to be positive or negative’. So basically the study concludes that it can’t say whether or not traces of pesticides on such plants are a problem for pollinators. The study provides no evidence that pollinating insects are harmed as a result of these levels of pesticides on ornamental plants.
• This study does not provide details of whether the plants tested were grown in the UK or imported. This detail is important for UK growers because while their production is being called into question, the public do not appreciate that many plants sold in the UK are imported from other countries where there could be access to plant protection products unavailable to British growers. While the authors recommend sourcing plants from elsewhere, they do not appear to have tested plant material from any of these other sources for pesticide residues.
• In addition, collection of plant samples for this report was undertaken 12 months ago and the age of the plants tested has not been given.  Several of the substances detected in this study have been available to growers in the past, but are now no longer approved. Thus, the concerns raised by the study may not reflect the current situation.
• The industry works closely with the Government and other stakeholders on promoting and delivering the National Pollinator Strategy and is committed to upholding high standards of environmental management and the use of plant protection products.
• Studies such as this run the risk of being used to scare the plant-buying public and demonise garden centres: pressuring them to make restrictions on crop protection products unsupported by evidence or legislation, despite them having passed through the safety-checking process of the EU and UK authorities.

Pollinators are up against multiple challenges; not least pests and diseases, loss of habitat, changing climate, invasive species and chemicals in their environment. Without good evidence we risk making changes based on popular opinion that don’t actually help bees, but do have costs for the supply chain and unintended consequences for the environment.
• Bees need food and a home. People planting bee-friendly flowering plants and providing good habitat in their gardens is a vital part of the National Pollinator Strategy: action to help ensure bees survive and thrive. If this kind of study put people off purchasing and planting such plants without any evidence that pesticides traces are harming bees, this could only be detrimental for bees and other