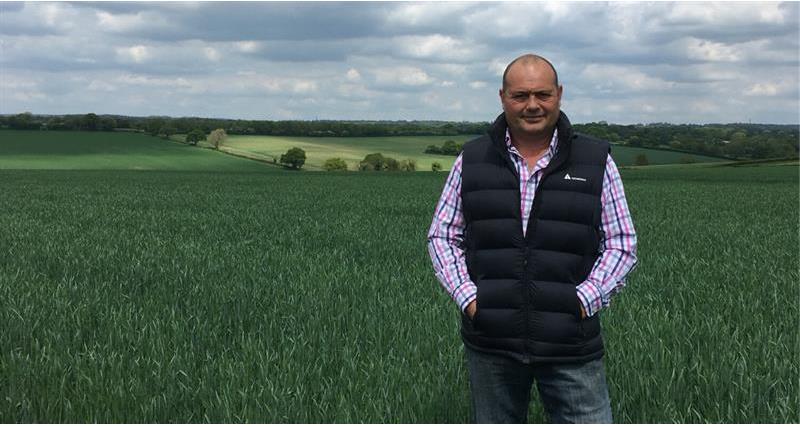 In his latest column for Arable Farming magazine, NFU crops board chairman Matt Culley delves into the knock on impacts of COVID-19 on the arable sector.

It’s been a month since I wrote my last article and lockdown continues to impact our sector in many ways. From farm to end user the supply chains have been stretched – bulk haulage has been under pressure due to the shutdown of the construction industry and lack of back load demand, which has meant the cost of moving grain around the country has increased.

Supplies of inputs to growers has seen some pressure, delivery of diesel and fertiliser being impacted the most. And now we are seeing a tightening of PPE supply as manufacturers seek to fill the demand created by the virus.

Wheat demand has remained firm especially to the flour mills as most are running at or close to maximum capacity. This cannot be said for malting barley. Concerns have turned into reality as pubs, bars and restaurants remain closed, with no signs of when and under what conditions they will be allowed to re-open.

NFU crops team has pulled together an impact assessment for malting barley and have been working with the whole supply chain to try to work out how to mitigate the problems we are facing.

I do believe that every effort is being made right through the industry to adjust and keep moving. But a 50% drop in demand for malt in such a small time period is too big a drop for the industry to cope with. Large tonnages of old crop malting barley have been cashed out as feed barley at considerable expense to maltsters, and some companies are buying up storage for new crop so that they can try to honour their new crop contracts.

The potential for a large barley crop is looming due to increased spring plantings, putting even more pressure on the market. A large surplus of feed barley is looking likely and merchants will be working hard to find homes for it and to move off farm as quickly as possible.

Unfortunately, we are now starting to see some contracts being put forward for negotiation. This is the last thing any stakeholder in the supply chain wishes to see, but for some it will be the only way to get through this. Growers will need to work with their merchant and the end user to achieve the best possible outcome, and NFU Call First and LAS are fully briefed and ready to advise with any contractual difficulties that members may find themselves dealing with.

We must all try to bear in mind the good relationships that have built the success of the malting barley sector over the years and the need to maintain them for the future when this crisis is over.

Covid aside, we having been working with Defra on our proposal for a government backed scheme to underwrite our increasingly fragile oilseed rape industry. I think it’s fair to say that Defra’s arable team had little background knowledge of the state of UK oilseed rape crops and the challenges that growing oilseed presents to farmers. I have stressed the importance of this piece of work, but it now seems clear to me that nothing will be in place for this year’s planting season, giving growers very little confidence in the future sustainability of oilseed rape. We will keep working with Defra to push this forward.

A scheme that would support growers in recovering costs from crop failure would go a long way to encourage us to stick with oilseed rape and the risks that growing presents.

It is also worth noting that this month, the NFU will be fighting for farmers in the Court of Justice of the European Union. The case is an appeal brought by Bayer and concerns the procedure followed by the European Commission when it decided, in 2013, to restrict the use of neonicotinoids. The NFU is intervening in the case because we believe it is important that, when regulators act to take products away from farmers, they should do so in line with the regulatory framework. Let’s hope lessons can be learned from this for the future.