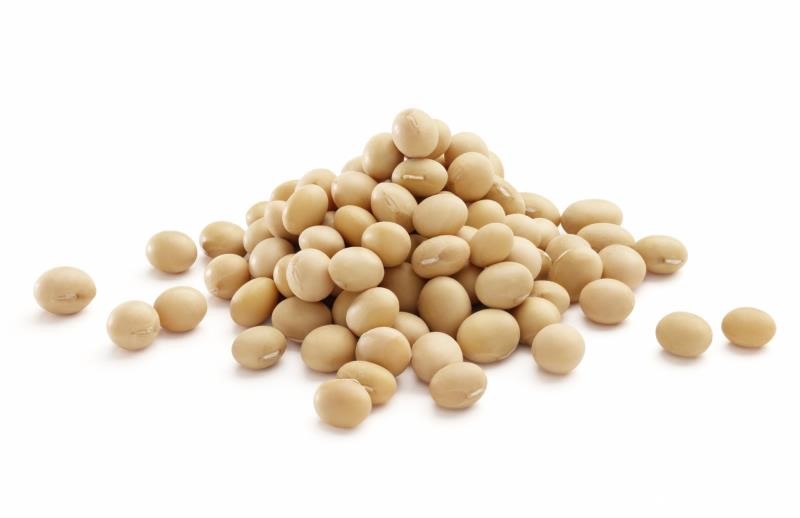 In this article the NFU's food chain adviser, Helen Hunt, writes about the expansion of soya production, its association with deforestation and the destruction of natural habitat in South America and the NFU's participation in the UK Roundtable on Sustainable Soya.

The spotlight has been turned on the use of soya in animal feed and now the pressure is building to ensure soya is sourced sustainably.

In 2019 the UK imported 3.5 million tonnes of soybean equivalents and around 75% of this is used for animal feed. Around 68% of the soya imported into the UK comes from South America and the countries that are most at risk of deforestation and habitat destruction. The rate of expansion of soya production in South America has been rapid in the last decade. Growth in demand is attributed to the increase in demand for meat in emerging economies, which has resulted in higher demand for animal feed. Soya is also processed for human consumption, but in far smaller volumes.

There is a reason soya is such a popular protein choice for animal feed; it is a palatable source of protein and contains a large quantity of essential amino acids. While other sectors may be looking at alternatives, for the pig and poultry sectors there are currently no commercially available alternatives. Soya will continue to be an important protein source and going forward there will be more pressure to ensure we are sourcing sustainably.

The Environment Bill includes a new law making it illegal for larger businesses to use commodities that risk causing deforestation and that have not been produced to the relevant local laws. Businesses would need to take steps (undertake due diligence) to show that they have taken proportionate action to demonstrate this.

For UK agriculture the largest commodity likely to be covered under this regulation is soya. While it’s the ‘larger businesses’ which will fall into scope of this law, in reality, we all know that it is not the retailers or food service businesses that are buying the soya. The requirements and the need for information will be cascaded down supply chains. These food businesses, to a certain extent, are already requiring a certain level of information to fulfil their commitments to the UK Roundtable on Sustainable Soya sourcing.

The environment bill will set out the primary regulation on due diligence of at-risk forest commodities. The important details will be set out in the secondary legislation, which is yet to be consulted on. The new regulation must ensure that the same level of scrutiny applies to imported meat and dairy products that have been fed soya, by not applying the same standards we not only risk exporting the problem, but we could put our own producers at a competitive disadvantage.

We need to understand more about how this law will be regulated. For example, will it require soya to be sourced to official standards? Could ensuring that soya is sourced from countries with low risk of deforestation be enough to meet this due diligence obligation? How this is regulated, including the level of scrutiny of any independent enforcement body will depend on how much cost is added to the supply chain.

This proposed regulation is directed at ‘a relatively small number of larger businesses.’ However this requirement will then be cascaded down the supply chain. As part of NFU's calls for fair and transparent supply chains, it is clear farmers and growers carry a disproportionate amount of risk and very often operate at low margins. Any additional costs borne by farmers and growers must be recognised by larger businesses and the costs shared.

The NFU will continue to participate in the UK Roundtable on Sustainable Soya, to work with industry towards more secure, resilient supplies of soya. The Roundtable’s annual report shows progress towards the goal and it is estimated that 32% of soya consumed in the UK was covered by a deforestation free soya standard. When including soya sourced from territories considered at low risk of deforestation (North America and Canada) and soya covered by an Amazon Soy Moratorium, the total proportion of soya imported into the UK which is either certified or from regions not at risk of deforestation amounts to 62%.

Behind the scenes the sectors boards are exploring alternatives to soya. UK agriculture will need support and investment into breeding and agronomy to assist in the production of more home-grown protein. As well as further funding for research into other alternatives, such as, insect protein.