Richard is the NFU Livestock Board chairman and farms a mixed holding in Westerdale in the North York Moors National Park with moorland in a HLS agreement.

The farm is stocked with mainly Easycare ewes and the cattle are kept under a business arrangement with a lowland farm to make best use of cereals and straw. He is vice-chairman of the “7 Hill Farmers Ltd” producer/marketing group, aiming to supply branded hill lamb into a premium market with large retailers. 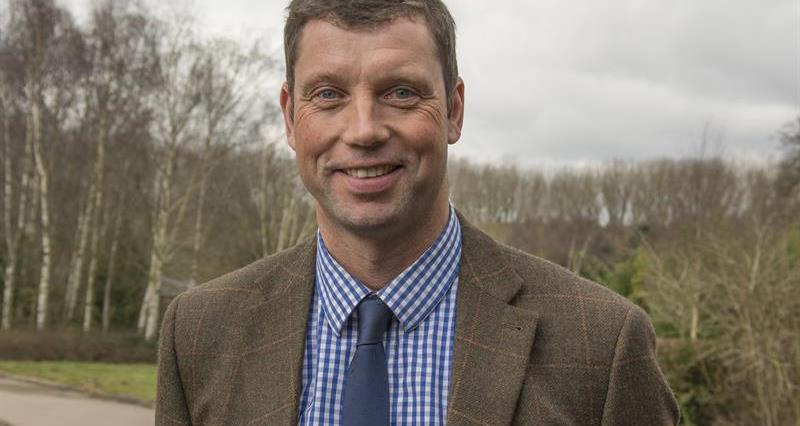 Wyn Evans farms an upland beef and sheep unit near Aberystwyth, in partnership with his wife. The farm is run with one person working full time. His main enterprise is a 400 head improved welsh ewe flock as well as 40 aberfields and a small flock of poll dorsets. The sheep are run alongside a dozen cows and 40 calves on powder milk. All farm work is done in house except for shearing and hedge cutting.

Outside of farming Wyn enjoys  vintage machinery, keeping an eye on politics and tinkering in the workshop. 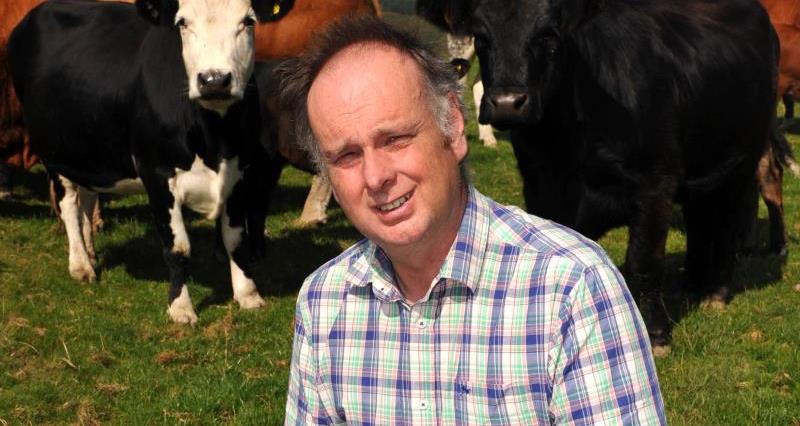 David was born and raised on his family farm in the Cotswolds where he farms a beef suckler herd and cereals. He has developed an interest in breeding his own stock to suit his particular system where he out winters cows for 10 months of the year. Currently, he is working with AHDB as a strategic farm to improve profitability and efficiency.

Farming in a high-risk area, he has experienced the devastating consequences of bTB. He has made it his mission to better understand all aspects of the disease and work towards its eradication. 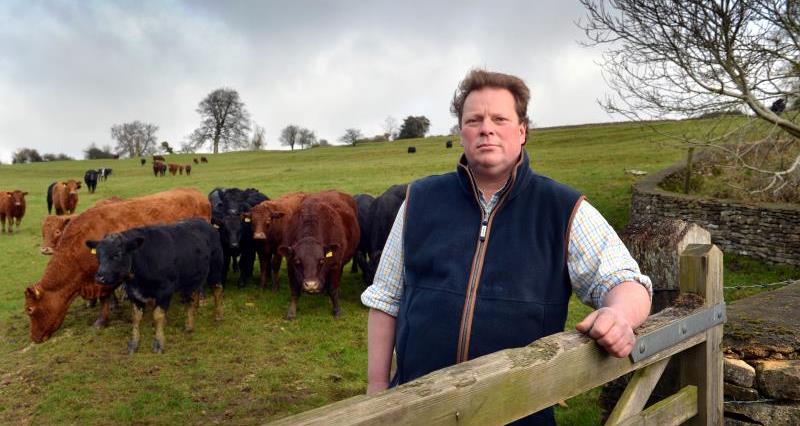 Richard farms 850 acres across 3 units near Bridgnorth, Shropshire with his wife Sally and his parents. The business comprises a closed 100 strong Friesian dairy herd and 20 British Blue suckler cows, finishing all the cattle. 850 ewes are kept with half lambing in January being creep fed, and the remainder later in April, finished on turnips. Charollais, Texel and Suffolk rams are bred and sold for breeding. Furthermore, there are four hundred acres of arable comprising wheat, barley, beans, maize, potatoes and fodder beet, including an HLS agreement. Ex-Aberystwyth University Graduate, former Chairman of Burwarton Agricultural Show and former County Chairman of Shropshire NFU, Richard enjoys varied judging and speaking engagements, along with game shooting and following Rugby Union in his spare time. 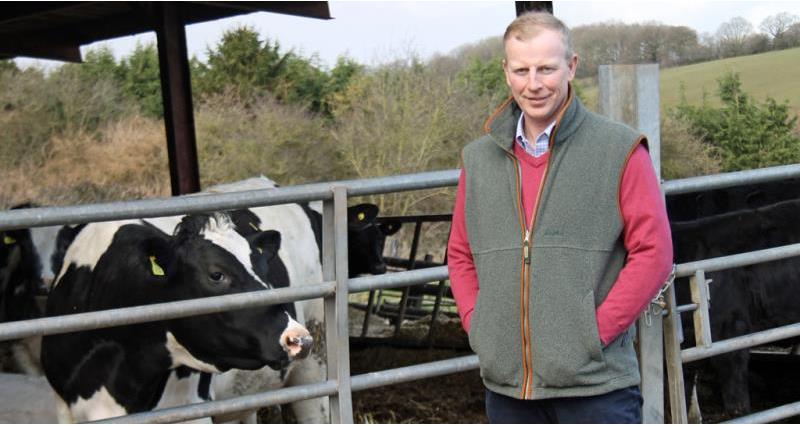 Ros is an eighth generation sheep farmer and will be representing the East Midlands. She manages 300 breeding ewes – Sotch Mules and home-bred Texel X Scotch Mule ewes – and is part of a boxed lamb scheme called Burgin Lodge Lamb. However, the farm also sells Christmas trees, does grass and fodder crop sales from its 65 hectares. Ros is keen on marketing and promotion and has some board experience of that from her time as an AHDB Beef and Lamb board member between 2013 and 2019.

She took over the business when her father retired in 2005 but has been helping to farm it for over 30 years.

“I’m pleased to represent East Midlands livestock Farmers. It is a unique area with the range of farming systems and landscapes encompassing the Lincolnshire Fens to the uplands of the Derbyshire Peak District. I am keen to ensure a future profitable industry for all farmers in the area and promoting a sustainable future.” 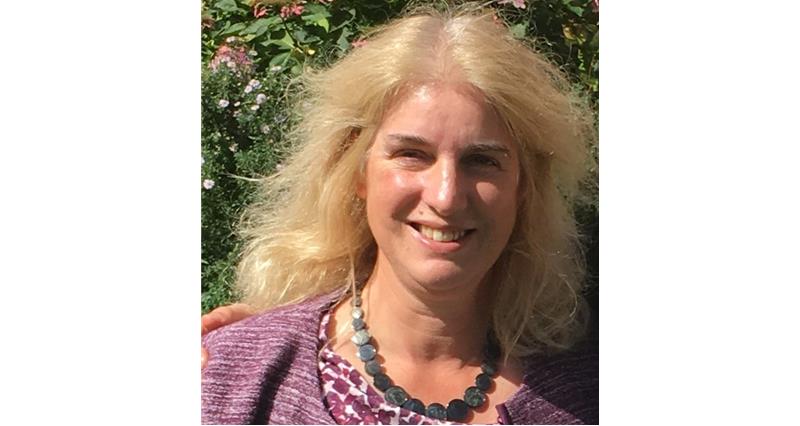 Julia farms in Hertfordshire in partnership with her husband. She farm 450 acres with the majority being permanent pasture and grass leys, with a small acreage of cereals. The farm is predominately beef and runs a 130 cow spring calving suckler herd, alongside a 400 head beef finishing unit, all stock is sold on a dead weight basis. 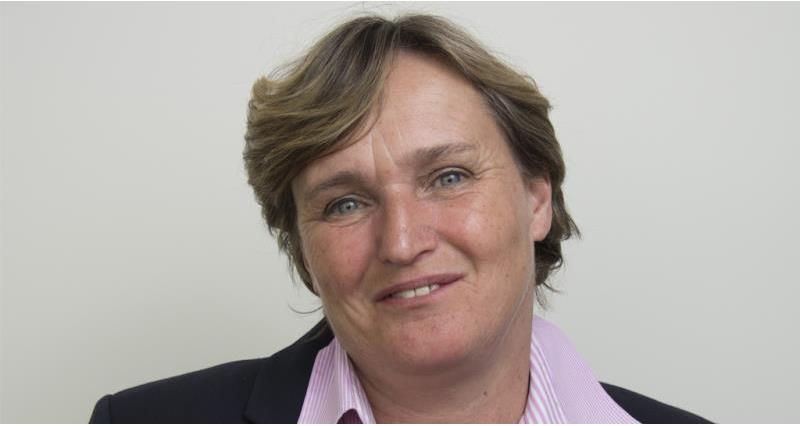 Ben Robinson is a first generation sheep farmer and calf rearer in Hampshire. He works with neighbouring arable farmers to utilise cover crops in their rotations as well as providing livestock to graze land in wildlife schemes and his sheep graze local vineyards in the winter months. Ben buys in milk calves and rears them for 12-18 months when they are sold as sore cattle, he also relief milks for local dairy farmers. Ben has recently come up through the Young Farmers movement; serving as Chairman of South East Area Young Farmers, Chairman Hampshire YFC and also sitting on the National Board. 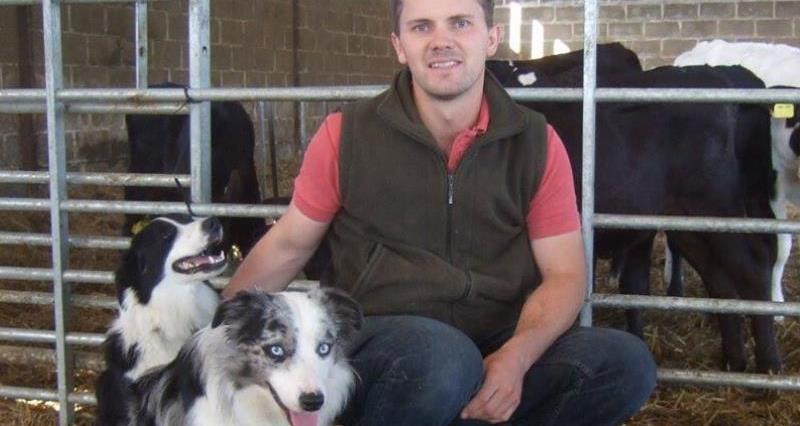 As someone who has previously enjoyed playing an active role on the parish council, been involved with Young Farmers and been an NFU county chairman, it’s only fitting that Trevor Wilson made the move to become the national Livestock Board representative for the North West. Trevor farms sheep on Morecambe Bay, which is a large salt marsh. It is a fifth-generation family farm, and he bought back into it after previously being a tenant farmer. Trevor has diversified the business by erected a wind turbine seven years ago and also managing residential and commercial properties.

He has been involved with NFU at county level since the single farm payment was introduced and so is keen to put himself forward in a time where there is a lot of change an opportunity. “Being a farmer on the ground, I feel I can add some of grassroots’ views to these negotiations. The NFU is fantastically placed to have your say on negotiations around future farm payments. Everybody should know how important the NFU is.”

Will farms 153 ha at Ravenscar near Scarborough with a mixed family farm of sheep and arable. Will’s 600-ewe lowland flock produces lamb for Marks and Spencer through Dawn Meats. A proportion of the flock is lambed early, with lambs finished inside for the May/June market. The remainder lamb in April. The 48-ha arable enterprise produces cereals, peas and roots for the sheep. His future plans include maximising available grazing to develop the sheep flock further. 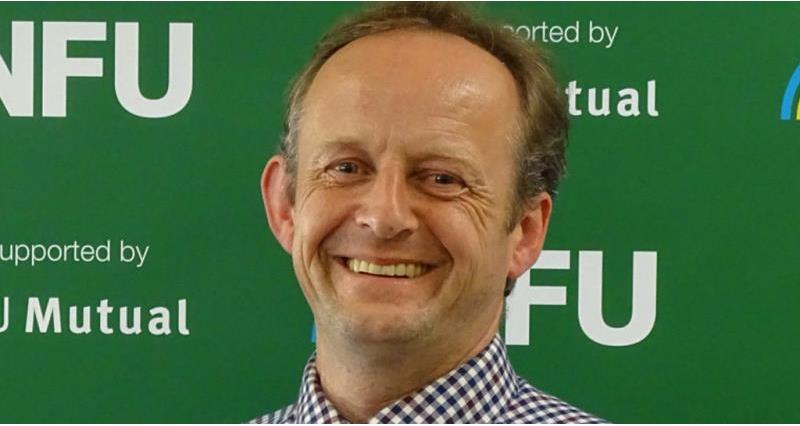 Stuart farms in partnership with his family between LLandrindod Wells and Builth Wells. He farms a mixed livestock and cereals enterprise alongside his newer poultry business, run in conjunction with his brother.

Types of diversification on his farm include an energy enterprise and an indoor play centre. Stuart believes that his experience of taking over the running of the business at a young age and having his foot in the door of both the red and white meat sectors gives him a different point of view to most conventional beef and sheep farmers. 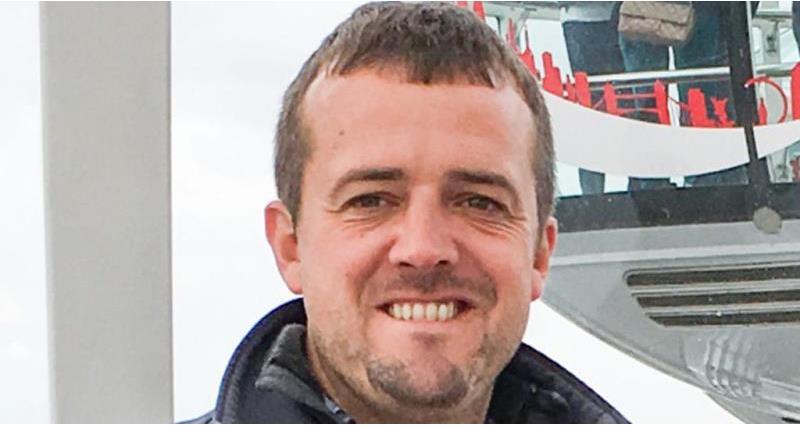 Mark farms in partnership with his father on a mixed beef and arable farm in West Northamptonshire. The farm runs 100 spring calving Hereford x Friesian suckler cows alongside a finishing unit for all home-grown stock. The finishing unit produces young bulls sold deadweight between 12 and 15 months alongside heifers finished for a local catering butcher.

Mark also sits as a farmer member on the COWS (Control of Worms Sustainably) steering group and as a working farmer on the Veterinary Products Committee at the Veterinary Medicines Directorate. 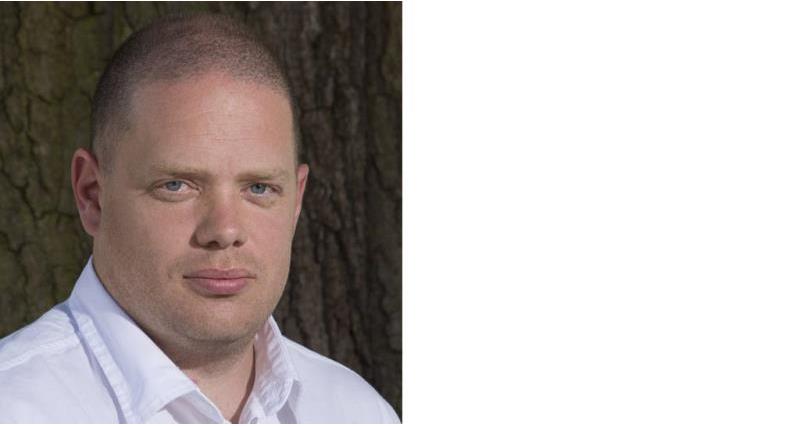 Andrew runs a small suckler herd with his wife Joanna near Masham in North Yorkshire, and is also involved with his family’s pedigree livestock farm in Lancashire (the Weeton Herd). He has two young sons.

Andrew was formerly Agriculture Manager at Wm Morrison Supermarkets, and has worked with numerous retailers and processors in his career as a consultant. He is currently a Director of SellmyLivestock, Graindex (UK) Ltd, and an independent board member of Meat and Livestock Commercial Services Ltd (MLCSL). 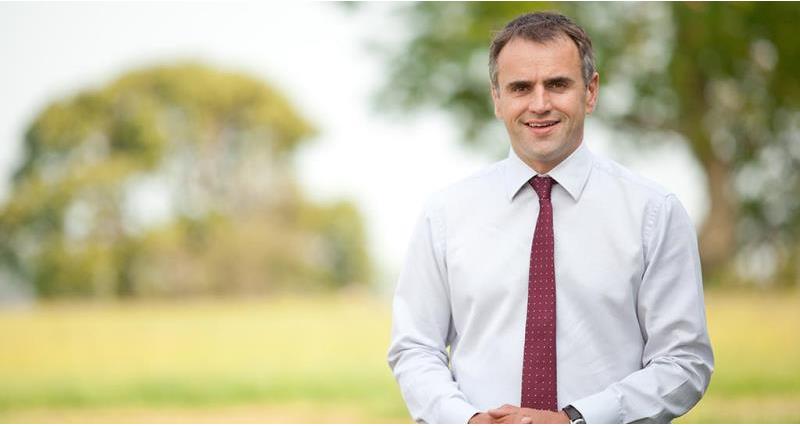 Farming in  partnership with his wife on a tenanted upland farm  of 750ha across the LFA. The farm is situated in the Bowland AONB in Lancashire. The farm has 2500 breeding ewes consisting of Swaledales and Mules.  Lambs are both sold finished and for breeding. Grazing cattle are also summered. The farm currently participates in Environmental Stewardship. Thomas currently chairs the NFU Uplands Forum and is co-opted onto the National Livestock Board.

“Brexit has the potential to impact most severely on livestock farmers. I am very conscious that keeping food at the heart of new policy changes must be our priority” 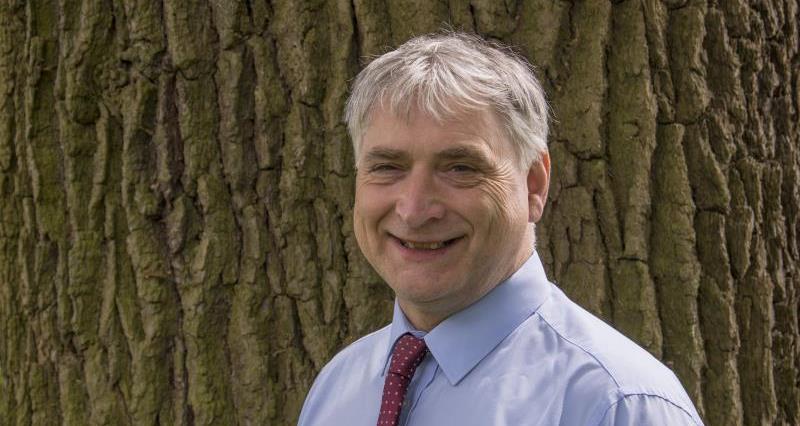 Dave runs the family farm in Herefordshire, an enterprise based around beef finishing as well as sheep, arable and AD enterprises. The farm finishes 1000 cattle a year,around 1200 lambs over winter and has 130 suckler cows.

A practical farmer who is passionate about British meat, Dave represents the NFU livestock board's view on the Red Tractor beef and lamb board. 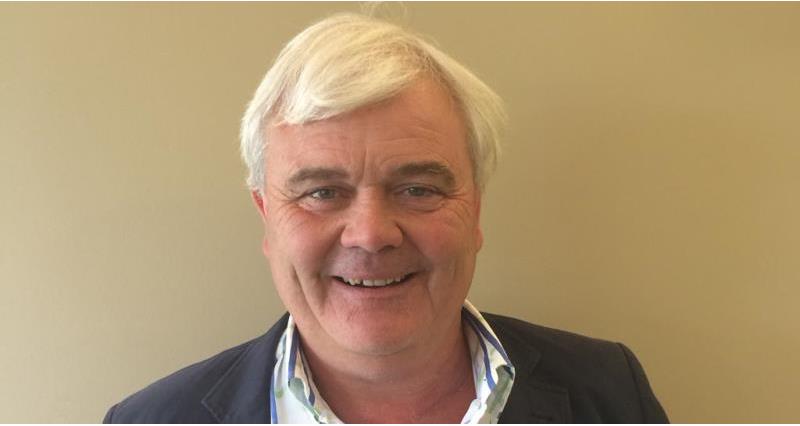