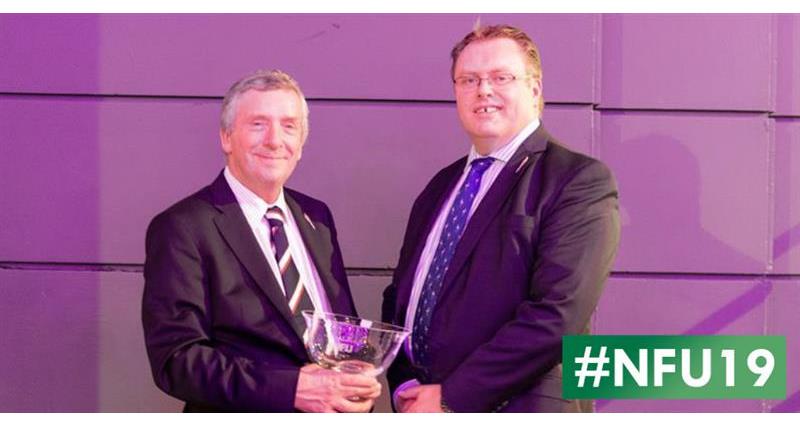 A farmer from Lancashire has been honoured at this year’s NFU Conference for his dedication and commitment to the NFU and to the farming industry.

The livestock farmer from Clitheroe was selected for his outstanding work in engaging with schools to raise the profile of food and farming. John, a passionate supporter of the NFU’s education team, is an ambassador for the NFU’s Farmvention initiative and does all he can to encourage NFU members nationwide to get behind the campaign.

Mr Alpe, who sits on the NFU’s organic forum and national dairy board, supports all NFU campaigning events and promotes the NFU at every opportunity with a wide range of stakeholders.

He said: “It’s a complete shock to be presented with the award but I am thrilled as the NFU is a great organisation to be a part of.

“Whatever you get involved in as a member of the NFU there are plenty of opportunities if you’re prepared to put the time in and you meet some fantastic people.”

“John is the embodiment of what our organisation is all about. An engaged grassroots NFU member, he is an unsung farming hero who provides an authentic voice for the campaigning work of the NFU.

“As well as running his own business producing high quality food, John’s been at the forefront of raising awareness of the importance of food and farming with the next generation. Although farming in Lancashire, he’s more than happy to visit schools all over the country including central London which is testament to his dedication.”