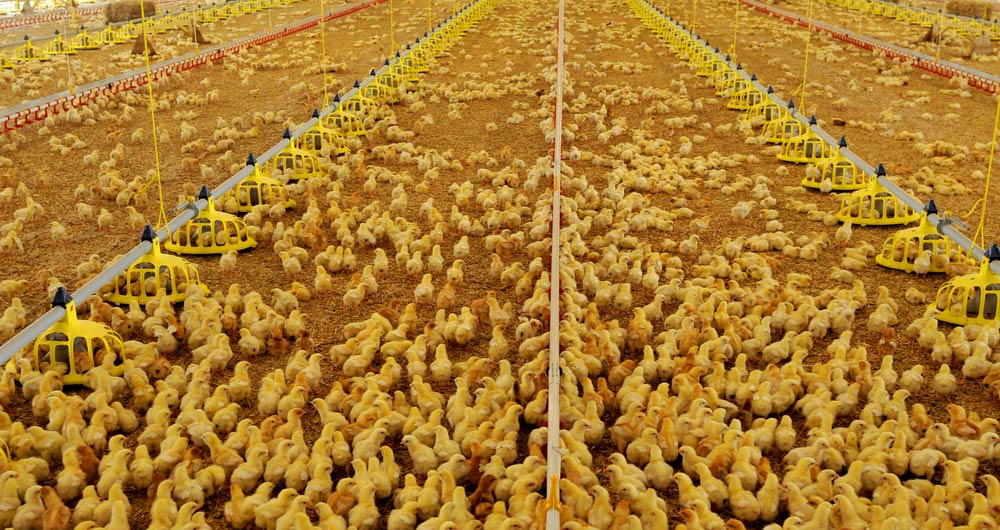 A case of non-notifiable low pathogenic H6N1 avian influenza (AI) has been confirmed in a poultry flock in England. This follows a number of cases in Scotland and Northern Ireland over the past two months.

The infected broilers have been humanely culled on site to control the spread of disease with the carcasses removed for rendering. While there is no requirement in legislation for the infected poultry to be culled this has happened in most cases in order to minimise the risk of spread. Given that the cull is voluntary Defra has no involvement and the farmer pays for the cost. The costs are significant: estimated at typically £53,000 for 32,000 free range layers and around £105,000 for 150,000 broilers at 2kg.

It is believed that the virus is likely to have been introduced via direct or indirect contact with wild birds or the environment. This situation has been exacerbated by the exceptionally wet weather. Where birds are not culled on site there is a risk of lateral spread between sheds on the same premises and between premises.

While it is important to continue to prevent contact between wild birds and poultry, the NFU is reminding members of the need to look at all biosecurity measures, in particular the movement on and off site of people, vehicles and equipment.

You should ensure that records (preferably electronic) are kept of all movements of vehicles and equipment, alongside routine production records in relation to food and water intakes, egg productions and daily mortality.

The NFU is also reminding members of the risks associated with the storage of bedding outside. In addition, when farms are under restriction they have a legal obligation to keep records after restrictions have been served. We also remind members to review their contingency and business continuity plans as well as speaking to their local NFU Group Secretary regarding insurance.

The risk of AI is causing great anxiety throughout the whole of the sector. We have seen a wide range of poultry species affected. Clearly the recent extremely wet weather is exacerbating the worry given the part played by waterfowl in spreading the disease.

Through the Poultry Health and Welfare Group (PHWG) of which the NFU is a member, we have asked for financial support from Defra in combating and stamping out this disease. In addition. we have asked Red Tractor and RSPCA Assured to consider suspending on-farm audits for the next few weeks as a proportionate measure.

Click here for information, links, briefings and news regarding avian influenza (AI) for all types of poultry keepers.