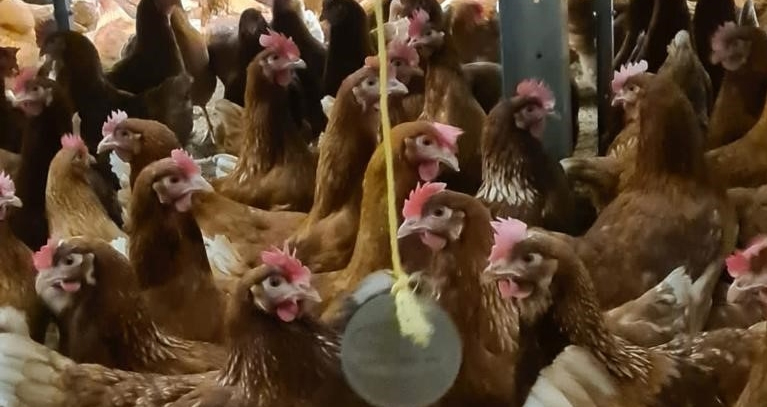 The Chief Veterinary Officers from England, Scotland and Wales have declared compulsory housing measures for poultry and captive birds are to be lifted at 23:59 on 31 March 2021 but AIPZ measures requiring enhanced biosecurity remain in place until further notice.

Following the latest risk assessment the risk of HPAI H5N8 incursion in wild birds has been reduced to low (rare but does occur) and the risk of HPAI exposure to poultry and captive birds across the whole of GB has also been reduced to low where stringent biosecurity measures are applied. However, the risk to poultry and captive birds remains at medium (occurs regularly) where biosecurity is sub-optimal.

While the risk of AI has been reduced, the risk of outbreaks is likely to persist for several weeks. As a result, enhanced biosecurity requirements that were brought in as part of the nationwide Avian Influenza Protection Zone (AIPZ) on 11 November will remain in place. The Defra AIPZ declaration containing details of the measures that apply from 23:59 on the 31 March 2021 can be found here. The declaration from Welsh Government can be found here.

Bird keepers are advised to prepare the range and any outdoor areas ahead of birds being let out again on 1 April. This will include cleansing and disinfection of hard surfaces, fencing off ponds or standing water and reintroduction of wild bird deterrents. In addition, when birds are allowed out at the beginning of April all poultry and captive bird keepers will need to keep taking extra precautions, such as cleaning and disinfecting equipment and vehicles, limiting access to non-essential people on site, and anyone coming into contact with the birds changing their clothing and footwear before entering bird enclosures. Defra provide further biosecurity advice for all bird keepers here.

In a joint statement Great Britain’s three Chief Veterinary Officers said: “This will be welcome news for poultry keepers across the country who have put great effort into keeping their flocks safe this winter.

“We have taken swift action to contain and eliminate this disease and all bird keepers – whether they have just a few birds or thousands – must continue do their bit to maintain strict biosecurity measures on their premises so that we do not lose the progress that we have made over the past few months.”

NFU chief poultry adviser Aimee Mahony said: “All poultry keepers have played a crucial role in minimising the threat of Avian Influenza and have therefore contributed to allowing these measures to be lifted.

“It will be a great relief to farmers with free-range flocks that have had to house their birds for over three months due to these government-imposed measures, and they will be pleased that they can once again give their birds access to the outside range area.

“While the threat of Avian Influenza has decreased, it is still incredibly important that everyone who keeps birds remains vigilant and continues to follow enhanced biosecurity measures, whether they are a commercial farmer with thousands of birds or somebody with one hen in the garden.”