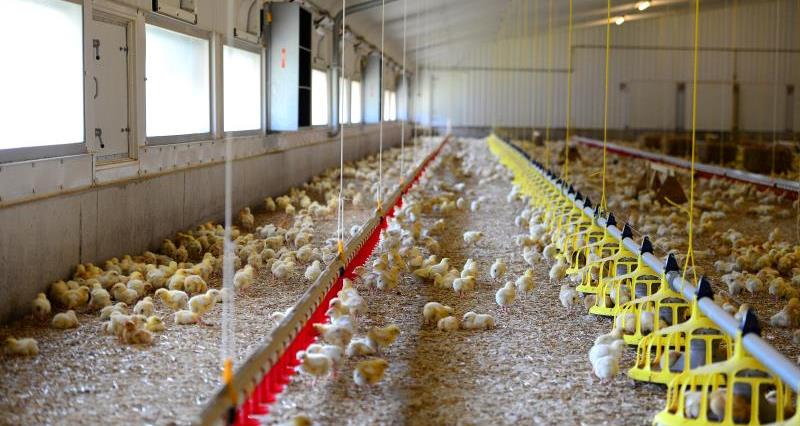 ‘Farmers want better welfare and better everything for the chickens under their care’ was a comment recently made by a broiler farmer and something the NFU wishes to see upheld. However, the NFU has significant concerns over the pressure that the Better Chicken campaign is placing on the food and poultry sector. The significant progress that the industry has made is not recognised by activist groups – highlighted by recent break-ins to broiler sheds – or those promoting the Better Chicken Commitment.

Whilst the Better Chicken campaign rightly calls for the industry to continuously scrutinise and improve its standards, it does not recognise the advancements that have been made in poultry farming and fails to reflect on the latest scientific evidence. For example, poultry meat farms in the UK implement stocking densities that are far lower than the EU requirements, antibiotic use has declined by over 80% in the past six years in the poultry meat sector thanks to the support of responsible use principles which encourage the farmers and their vets to refine, replace and reduce antibiotics on farm, and advancements in genetics have resulted in bird health improvements.

Recently a surge in farm break-ins and undercover reporting has been observed, all with the intention of undermining the high standards – and passion – that go into modern poultry farming.

Improved management, shed and equipment design, and diets that match the bird’s needs from their food have all resulted in improved liveability, improved growth rates and continuous improvement in welfare measure outcomes.

Breeding programmes over many years have also helped significantly by selecting genetic lines showing improved leg and health traits. In combination this has resulted in a healthier bird particularly compared to the breeds from ten years ago where leg integrity was a challenge. The fact that birds use less feed to grow results in a lower carbon footprint – again something that is a key benefit to consumers and wider society. For the consumer these improvements have meant that poultry meat, produced to consistently high health standards, is affordable to most budgets.

Much is made of the density of birds in poultry sheds. In contrast to some of the rhetoric, chickens are not kept in cages – they are free to roam the whole of the shed and explore. In the UK we keep fewer birds in our sheds than UK legislation allows. Our domestic legislation sets limits which is lower than that allowed for under EU legislation. Many of our overseas competitors in Europe will be stocking at 42 kgs/m² whereas in the UK we stock at 38 kgs/m². Over 90% of the UK industry is operating to these standards under the Red Tractor scheme.

A combination of lower stocking, enrichment, natural daylight and new technology means that poultry sheds are comfortable and safe places for the birds, meeting their resource and behavioural needs. These are sheds where birds thrive and grow at their optimum because all of the conditions are right.

Continuous improvement is a key aim of the sector and something it takes very seriously. But it is important that this is achieved through a scientific approach and considers customer demand.

The NFU has consistently maintained that it is the quality of animal husbandry and stockmanship that are the greatest factors determining animal health and welfare, not farm size nor system of production.