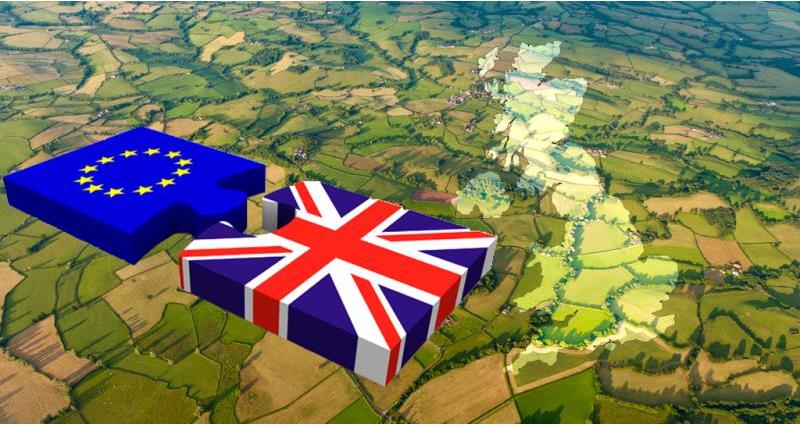 This comes after representatives met at the NFU’s Brexit360 event at its HQ in Stoneleigh on 7 February to discuss common ground in the industry.

Delegates were united in their view that a thriving domestic food and farming base is central to the future environmental, social and economic health of the country. They agreed that their sector will continue to have a critical role in providing a secure, affordable and trusted supply of food.

Attendees agreed a number of high level aims that the Government must seek to achieve in the coming months as the UK prepares to leave the EU, including:

NFU Director of EU Exit and International Trade Nick von Westenholz said: “This statement is a strong signal urging Government to recognise the crucial role the food supply sector will continue to play in post-Brexit Britain.

“In providing people with a safe, secure and affordable supply of food to some of the highest welfare and environmental standards in the world; in managing over 70% of the UK landmass that is farmed; in providing 3.9 million jobs in industries both pre- and post-farmgate; and in contributing to two of the UK economy’s big success stories: UK manufacturing and retail.

“The Government must ensure it supports these vital advantages delivered by UK food and drink businesses as it negotiates our withdrawal from, and future relationship with, the EU.

“This is a strong coalition of 36 signatories that represent a huge range of food businesses from farmers and agricultural suppliers, to food manufacturers and retailers. And there is more to come; we have agreed to build on the principles discussed and agreed during the day and to produce a shared manifesto harnessing the support of food and drink companies across the UK  ahead of the EU Council in March.”

Full statement from all 37 organisations:

Food is essential to us all.  The UK food chain is passionate about providing a safe, affordable and secure supply of food for the country. However, Brexit presents an unprecedented challenge to the affordability, availability, and choice of food for UK consumers.

The UK’s food and drink supply chain is highly diverse, supporting more than one in ten jobs and contributing £112bn to the UK economy. It stretches from the farmers who produce the raw ingredients, through the businesses that supply them with seed, feed, inputs and advice, to the industries that purchase their goods and manufacture, process and sell them on to other businesses and ultimately to consumers.

All of these businesses will be deeply affected when our membership of the European Union ceases. Many currently rely on a high proportion of non-UK permanent and seasonal labour sourced from within the EU; many are part of highly sophisticated and integrated supply chains that rely on the free flow of goods between the UK and other EU member states, free of tariffs, veterinary and customs check, and subject only to necessary phytosanitary checks; and many operate under an array of regulations and programmes derived from Brussels and applicable to all EU businesses. It is clear that the effect of the decision to leave the European Union is already being felt in the sector as uncertainty and lack of clarity impacts business confidence.

The UK food supply sector has come together to establish a common view of the objectives the UK government should pursue as it negotiates the UK’s withdrawal, establishes its future relationship with the EU, and puts in place domestic policies.

We urgently call on the government:

?And sitting above all these, the government must be unqualified in its support for the UK’s food supply chain and the business of food production, explicitly recognising their importance in post-Brexit Britain – in managing over 70% of the UK landmass that is farmed; in providing 3.9 million jobs in industries both pre- and post-farmgate; in contributing to two of the UK economy’s big success stories: UK manufacturing and retail; and in providing a safe, secure and affordable supply of food to some of the highest health, welfare and environmental standards in the world.

We acknowledge our role in making Brexit a success – in improving productivity, competitiveness and driving growth in the economy, in creating jobs, and in achieving a more sustainable food supply system that minimises the impact our businesses have on the environment. But a Brexit that fails to champion UK food producers and the businesses that rely on them will be bad for the country’s landscape, the economy and critically our society.

We call on the UK government to agree as a matter of priority on the terms of a transition deal that provides clarity, continuity and certainty for UK farms and food businesses as well as for consumers. Furthermore, we call on the government to take a constructive approach to the negotiations and to the task of establishing domestic policies in a post-Brexit Britain, working with devolved governments, the UK food and drink supply chain to ensure it champions and promotes our crucial food sector in all its many constituent parts.