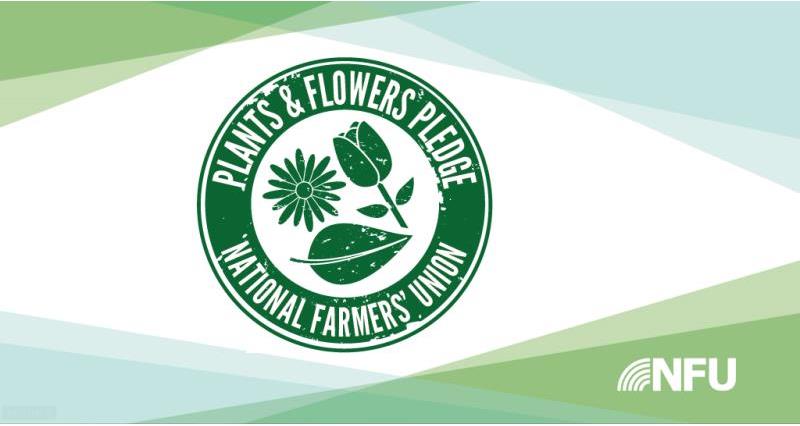 Officially launched at an event at Lovania Nurseries in Preston, the new pledge builds on the already successful NFU Fruit and Veg Pledge which has secured commitments that cover over half of the fresh produce sold through the UK’s biggest retailers.

The NFU Plants and Flowers Pledge ensures that ornamental suppliers are covered by the principles of the Groceries Supply Code of Practice in the same way as fresh produce suppliers.

It also sets out best practice for managing promotions, the need for longer term agreements, and challenges the industry to increase the proportion of British plants and flowers available for consumers to buy.

Aldi has become the first retailer to sign the new pledge, adding it to their existing commitments under the NFU Fruit and Veg Pledge.

NFU horticulture and potatoes board chair Ali Capper said: “The NFU Plants and Flowers Pledge is a fantastic platform for retailers to demonstrate their commitment to British horticulture and the growers that make it thrive, and there is no better occasion to mark its launch than British Flowers Week.

“Through the NFU’s ground-breaking Catalyst for Change initiative, we have worked tirelessly to secure better and fairer trading relationships for our members. The new pledge builds on this excellent work and reflects the importance of plants and flowers suppliers being treated equally.”

With only around 10% of the flowers regularly on offer to the public in supermarkets being from British farms, NFU Vice President Stuart Roberts congratulated Aldi as the first retailer to sign up to the NFU Plants and Flowers Pledge.

Mr Roberts said: “We have a plentiful source of local, seasonal plants and flowers that are ready to be utilised and a network of growers keen to provide more for the public. We’re delighted to welcome Aldi as the first retailer to sign up to the pledge and commit to increasing the proportion of British grown plants and flowers it sells each year."

“Aldi has a track record of strongly supporting British farmers and growers and their commitment is not only good for growers but great for the public too. I would urge all retailers to sign the pledge and back British farming.”

Julie Ashfield, Managing Director of Buying at Aldi UK, said: “Our supplier relationships continue to be based on longevity and trust, and we’re committed to working with British suppliers wherever possible.

“We have worked with many of our plants and flowers suppliers since we first entered the UK over 25 years ago and are pleased to cement our existing commitments through this new pledge, and encourage others to do the same.”