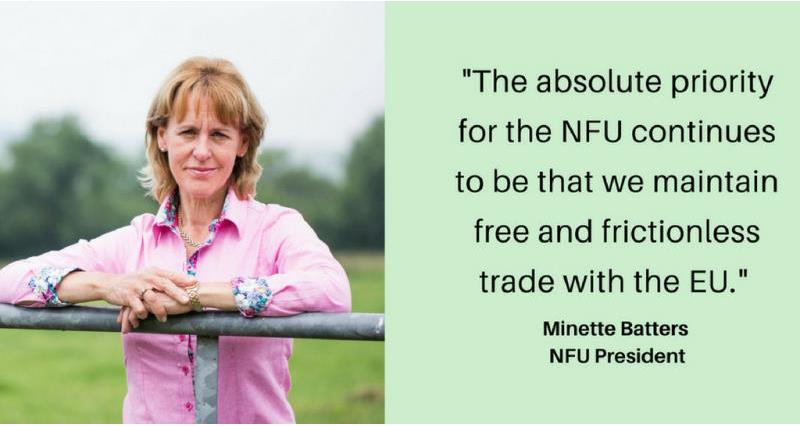 The call comes in response to the government publishing the first in a series of technical notices setting out how the UK would mitigate the consequences of a no-deal scenario.

One notice in the first set published on 23 August, Producing and processing organic food if there's no Brexit deal, suggests that organic agri-food products would not be allowed into the EU until UK organic certification bodies are officially recognised by the EU Commission – as this stands, this approval could take up to nine months.

NFU President Minette Batters warned that this cliff-edge scenario, if applied across the wider UK food supply chain, would be disastrous for farm businesses, the economy and society at large.

Mrs Batters said: “While these notices are an essential part of government’s plans for preparing for all outcomes, they serve as a sobering reminder of what is at stake for farmers in the event of a no deal.

“The technical notice for organic farming is a warning for us on the future of trade of all agri-food products - if all these products were subjected to the same problems in approvals and certification then this could result in effectively a trade embargo on exports to the EU. Not only would this be hugely disruptive but it threatens livelihoods and businesses in the UK."

See all the notices published so far, including four relating to food and farming, here

The NFU's policy experts are examining the notices in order to provide analysis on what they mean for farming and for our members. This analysis is available in our Brexit news channel here. 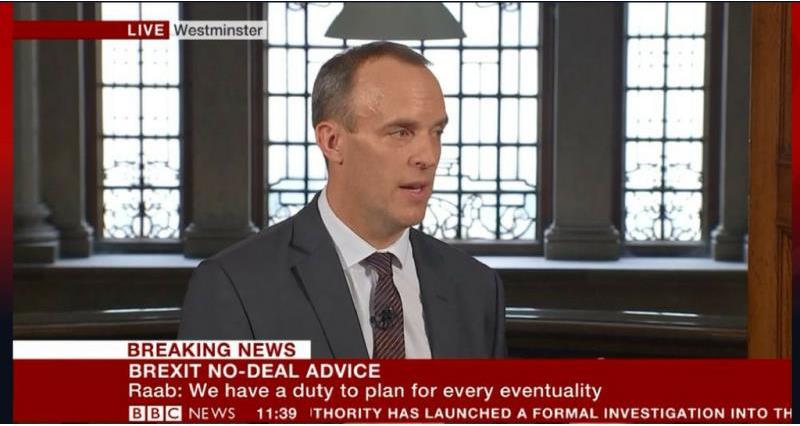 “As an organic farmer, the technical notices today have offered little insight for me on how I should prepare my business for a potential cliff-edge scenario.

"It has confirmed the size and scale of a 'no-deal' situation for organic farming exports, which reiterates the need for free and frictionless trade. Farming is a long-term business - many farmers are drilling crops now that are due to be harvested next summer, after we have left the EU. It is therefore critical that the government makes all efforts to achieve free and frictionless trade and avoid the scenario outlined today.

“The NFU will be looking to further understand the impacts a no-deal Brexit would have on organic certification bodies, and ultimately producers' ability to trade, as well as exploring options for fast-tracking this process." Mrs Batters went on to say: “The absolute priority for the NFU continues to be that we maintain free and frictionless trade with the EU. 60% of UK food, feed and drink exports were to EU countries and 70% of our imports in these products were from the EU. This trading relationship is worth £45.5bn.

“We look to government to clarify the vital issue of trading with the EU for the farming sector in the remaining technical notices due to be released.

“While we believe that a deal is the most likely outcome to the ongoing negotiations between the EU and UK, we urge both sides to find pragmatic solutions to the issues still outstanding between them. A no-deal outcome would be the worst possible one for the farming industry.”

Other notices published in the first tranche relating to food and farming include:

Farm payments if there's no Brexit deal - this notice provides guidance on the situation for farmers who receive payments under the EU’s CAP schemes (including BPS) in the event of the UK leaving the EU with no deal.

Receiving rural development funding if there's no Brexit deal - this notice sets out how leaving the EU without a deal would affect farmers, land managers, rural businesses and others across the UK who receive payments under the EU Rural Development Programmes.

You can see all the notices published so far on the Gov.uk website.