'No-deal' and the WTO 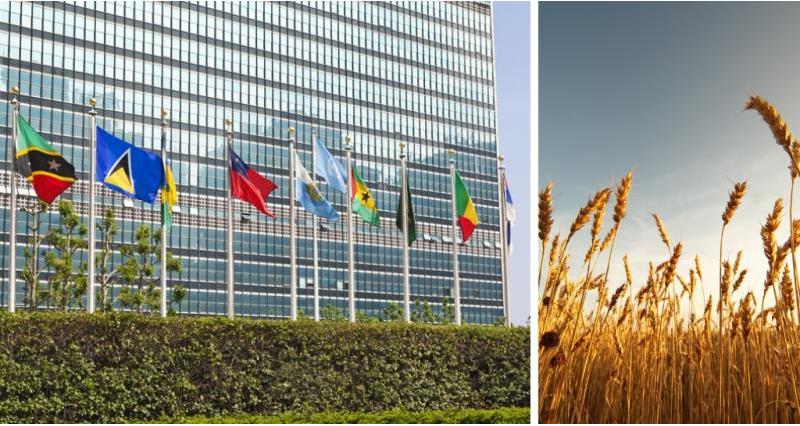 The WTO is where the global rules for trade are set out and the place where those rules are administered It is also the place where the maximum duties that can be applied by a government to goods coming over its border are listed (albeit governments can apply a tariff at the border that is lower than the maximums set out at the WTO). The UK is a member of the WTO in its own right and is therefore expected to follow WTO rules in the event of a ‘no-deal’ scenario.

WTO rules are very specific in the sense that a country can only deviate from them if there is a specific trade deal, also known as Free Trade Agreement (FTA), in place or if a country is part of a customs union. The UK is currently a member of the EU’s Customs Union and is therefore allowed to treat EU member states differently to how it treats other countries around the world. In the absence of either a formal trade agreement with the EU, or the UK remaining a part of the EU’s Customs Union, then the WTO rules for trade will kick in between the EU and UK.

Fundamental to the WTO’s rules is the treatment of all countries as equal through the application of the ‘Most Favoured Nation’ (MFN) principle. This means that all countries, in the absence of a specific trade agreement or customs union, are subject to the same tariffs, customs checks and barriers to trade. In the event of ‘no-deal’ with the EU neither would be in place.

The EU has confirmed that in the event of no deal, it will apply its existing tariffs to imports coming from the UK. WTO rules mean it could do no less. A list of all of the tariffs the EU would apply to the UK is set out in the EU’s Common Customs Tariff (CCT) schedule, for example lamb exporters to the EU would face a tariff of around 67%, whilst beef is around 85%.  On the other hand the UK Government has said that it will be setting its own external tariff which it will publish before Brexit and these tariffs could differ from the existing EU tariffs set out in the CCT.

Bearing in mind that the UK imports around 40% of its food requirements, it is likely that the UK Government, in the event of no deal, will need to adopt some hastily applied stopgap measures to secure food supplies and to maintain price equilibrium for consumers. One of the ways being considered by the government is to unilaterally lower the applied tariffs for food coming in to the UK. Remember that the ‘Most Favoured Nation’ principle means that the UK could not offer a special concession only to the EU without offering the same favourable terms to the rest of the world. The NFU modelled the impact of reducing import tariffs for product coming in from countries around the world (Wageningen 2016 study) and found that it would cause severe damage to our farming businesses as a result of being undercut by food produced to different standards and in much more competitive regulatory environment than EU farmers face.

So what can we do to protect our standards?

The WTO seeks to reduce obstacles to international trade, but there are rules that allow governments to take action to protect human, animal or plant life or health, provided they are based on science and do not discriminate or are used as disguised protectionism. There are two specific WTO agreements dealing with food safety and animal and plant health and safety and with product standards in general.  These are known as the Sanitary and Phytosanitary Standards (SPS) and Technical Barriers to Trade (TBT) agreements.

SPS measures are commonplace in the agricultural sector and include rules put in place by government covering maximum residue levels, restricted use of substances, labelling requirements related to food safety, hygienic requirements and quarantine requirements. In setting such regulations, members of the WTO are encouraged to use international standards, guidelines and recommendations where they exist. When they do, they are unlikely to be challenged legally in a WTO dispute. However, a government can put in place measures which result in higher standards if there is scientific justification. We would expect the government to maintain a robust SPS approach to imports to protect human, animal and plant health.

Meanwhile Technical Barriers to Trade (TBT) measures are often seen as the ‘catch-all’ for other measures that are seen to create obstacles to open trade. Measures relating to the protection of the environment and animal welfare could be considered a Technical Barrier to Trade if they create obstacles to trade. Such measures could end up being disputed and taken through the official dispute resolution process, that ultimately can lead to measures being overturned and / or compensation agreed. However, time and again the UK Government has said publicly that it will not allow international trade to undermine our standards for protecting the environment and animal welfare. The NFU will be calling on government to establish in law how it intends to deliver on this promise, whilst staying with the WTO rules.

It is also worth mentioning the implications of ‘Rules of Origin’. These are essentially the criteria used to define where a product was made and therefore whether it is entitled to any trade concessions (for example access to quotas or reduced tariffs to which goods from the exporting country are entitled). Identifying the origin of a product is not as simple as it sounds. A product could be assembled in one country, but its component parts could have originated from many different countries.

Establishing the economic origin allows customs authorities to apply the right tariff and treatment for that product at the border. Being part of the EU Customs Union removes the need for UK exporters to prove the origin of the good when selling to other EU countries.  Leaving the customs union means we will need to be able to prove to EU customs officials where anything we trade with the EU has originated leading to increased friction and cost at the border. These issues also arise if we agree an FTA with the EU, but ‘no-deal’ would mean that exporters to the UK could be faced with sudden and costly requirements around determining origin from day one.

There is only one member of the WTO that trades solely on the MFN basis (being Mauritania), every other country benefits either from full FTAs with one or more trading blocs or a series of trade facilitation agreements which regulate trade in different areas. For example, whilst there is no FTA in place between the USA and the EU, there are over 20 bilateral agreements - from aviation to the trade in live animals and animal products - intended to help facilitate trade. These deals can confer mutual recognition of each other’s rules, which significantly reduces the need for checks at the border.

On day one of a ‘no-deal’ scenario, these preferential trading arrangements, including the mutual recognition of rules and standards would not necessarily be in place and without them we could expect to see big costs incurred through increased tariffs, border checks and customs controls, on top of the cost of compliance with the EU regulations that our producers already have to meet.

All in all, a ‘no-deal’ scenario with the EU will result in huge disruption at the border and will lead to pressure on the government to take emergency action to maintain supply and price equilibrium for consumers. The NFU will do all it can in the remaining months ahead of Brexit to ensure that negotiators are able to secure a deal that maintains free and  frictionless trade with the EU and therefore avoids having to revert to WTO rules and the difficulties such an approach would create.