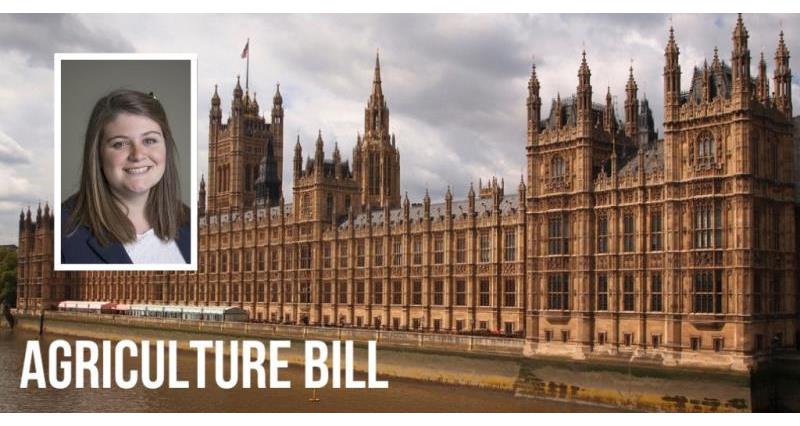 Ahead of this debate in Parliament, the NFU wrote to all MPs with a copy of our second reading MP briefing and our Top 10 asks.

The NFU also held a drop in session the day before the debate in Parliament which gave MPs the opportunity to speak directly to members of the Brexit and Westminster teams ahead of refining their speeches. This reinforced the countless conversations about the Agriculture Bill that happened during the various party conferences and regional meetings with MPs on farm across the country.

What happened during the second reading debate?

The second reading debate on future agriculture policy was attended by 79 MPs with all major parties represented. Introducing the Bill for its second reading, Defra Secretary of State for Food and the Environment Michael Gove called this the first comprehensive agriculture bill for five decades and said it would offer farmers a platform to modernise agriculture.

He emphasised the government’s commitment to upholding the UK's high environmental and animal welfare standards and pledged not to enter into trade deals which could dilute them. He also pointed out that the Bill contains provisions to encourage a fairer supply chain and that government could intervene if necessary to safeguard farmers’ economic interest.

While the number of MPs who contributed might appear small, the debate was comparatively busy for a second reading, with the time given for individual speeches being continuously cut to fit everyone in.

Shadow Defra Secretary Sue Hayman (Lab, Oldham East and Saddleworth) wanted to push through a motion to deny the Bill its second reading – essentially halting the process - as Labour felt the Bill failed to safeguard the nation’s food supply at a time of uncertainty, especially while ‘foodbank use and health inequality was rising.’

This move unsurprisingly received strong support from other Labour MPs present with many of them aligning themselves behind the NFU’s ask that the Bill should promote the nation’s strategic priorities by supporting domestic agriculture to ensure food security.

On standards, he highlighted that despite government promises the Bill makes no mention of the standards that imported food would be produced to, potentially putting UK farmers at a competitive disadvantage. He also name checked the NFU’s ask on budgetary certainty and called for long term funding which ‘protected and empowered farmers to deliver public goods and improved productivity'.

How was the Bill received?

The Bill generally received strong support from the Conservative benches though most still felt there was room to improve. Chair of the Efra Committee Neil Parish MP (Con, Tiverton and Honiton) welcomed the long transition period and the proposals put forward to tackle unfairness in the supply chain. However, he cautioned that there was still plenty of room for ‘small tweaks’ as the Bill goes through Parliament.

Throughout the debate, the devolved nations played an active part with several SNP MPs criticising Westminster for ‘power grabbing’. They asserted that Scotland had different needs to England and that agriculture as a devolved issue would be legislated for from Holyrood. Several Welsh MPs commented that they were pleased that the Assembly has taken powers under the Bill, with Chris Davies MP (Con, Brecon and Radnorshire) urging Scotland to come into the fold.

With the Bill having now completed its second reading it will move through to the committee stage. MPs will be chosen for the committee next week – likely to be those active during the debate - who will then meet later this month to begin scrutinising the Bill line by line, making any amendments.

This next stage is where the real action starts and will be when changes to the Bill can be made, including by the government if it is persuaded by the arguments put to it. The government hopes to have the Bill through the Commons ready to be scrutinised by the Lords by Christmas (providing further opportunities for amendment).

Rest assured the NFU will be working at the highest level to ensure our lobbying asks continue to be heard in the corridors of Westminster.

You can see the proposed parliamentary timeline for the Agriculture Bill below.

You can also read a more detailed summary of the debate from our External Affairs team here (please note this briefing is members only and you will be asked to log in). 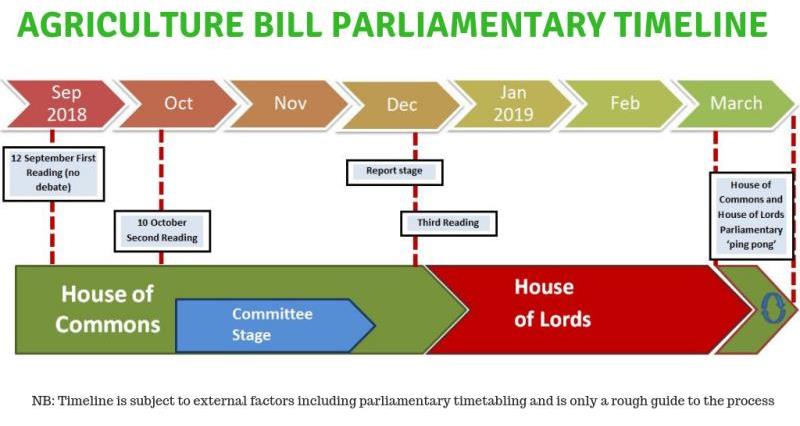