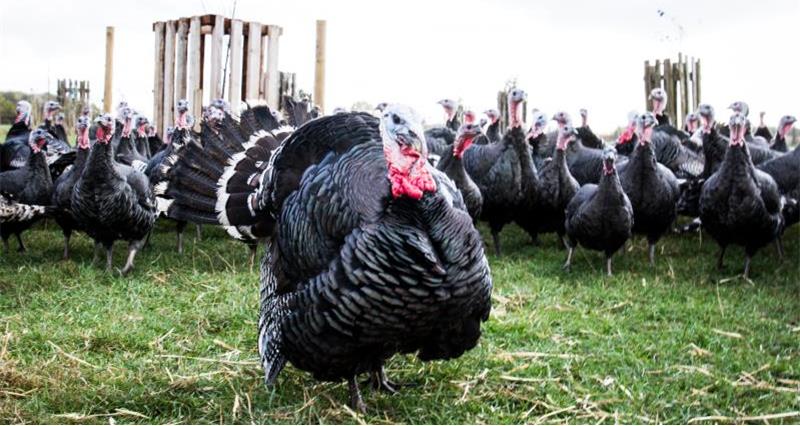 At the West Midlands turkey marketing meeting, held at Symonds Yat on the 4 October, members heard that the cost of producing a seasonal turkey in 2018 has increased by 6.53% since 2017.

Stuart Hinchly, of ForFarmers, discussed that the largest rise in cost was seen in feed where there has been a 13.63% increase year-on-year. Packaging costs has also seen a sharp increase with a 14.73% rise year-on-year. Information on consumer trends in Christmas 2017 was presented showing that turkey had a very successful year with 4.9% more turkey sold at an increased value of 6%. Competitive meats such as beef and gammon dropped in the same amount sold, whilst lamb and chicken also increased.

Members then heard from guest speaker and West Midlands’ poultry producer, Edward Calcott, who rears 1,800 turkeys annually on his farm in Staffordshire. Edward spoke in depth on how the farm operates and how they have moved with the times when it comes to selling: “Through the creation of a farm website and social media accounts, we have brought attention to the farm and have had great success in getting a loyal customer basis in local towns and villages”, he said. Edward also discussed his time working at Faccenda and his experience on the NFU’s Poultry Industry Programme, which has included trips to Westminster and Brussels, and a whole host of educational conferences and networking opportunities.

NFU County Advisor and regional poultry lead, George Bostock commented on how important these meetings are to producers in the West Midlands. He explained: “This is a valuable opportunity for seasonal turkey producers to meet and discuss best practice, as well as hear from industry experts. The information they can take away regarding the change in costs is greatly beneficial when doing their own calculations, and gaining an insight on feed price from ForFarmers representatives is invaluable”.