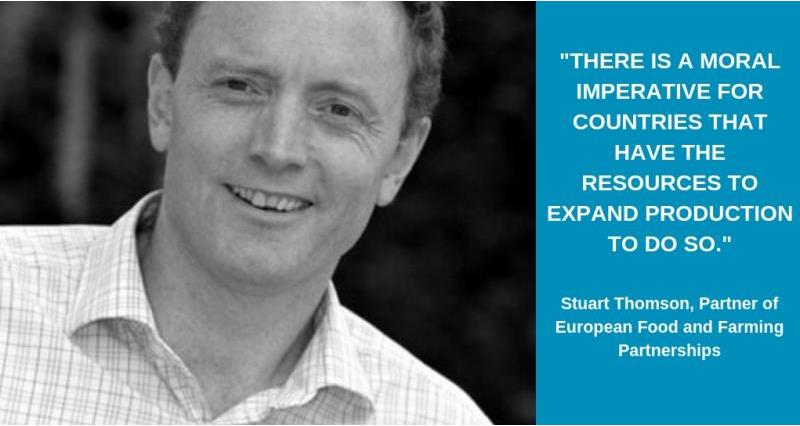 But increasing food production is challenged by the world’s shrinking natural resources, including arable land and fresh water.Food security is further threatened by climate change.Projected changes in temperature and precipitation are expected to reduce both the global supply and quality of food.The result will be rising food prices, adding to deprivation in the world’s poorer regions, particularly those dependent on food imports.

Against this background there is a moral imperative for countries that have the resources to expand production to do so.When it comes to food – the most basic of life’s necessities – it cannot be left solely to the operation of market forces.Higher food prices spur investment and innovation but in the short-run they deny populations access to affordable food.Indeed, even though the UK, as one of the world’s richest nations, would be able to maintain its access to global food markets, the impact of higher prices would be felt most by the poorer members of society.

The UK has a geography that is suited to the production of a wide range of agricultural products and is also capable of increasing agricultural output.It has a technologically advanced farming industry and is home to the world’s 4th largest food manufacturing industry.In partnership with the food chain – UK food manufacturers rely on domestic farms for some 70 per cent of their raw material needs – agriculture has steadily increased the quantity, quality and diversity of food supplies while keeping prices at affordable levels.The average household now spends less than 10 per cent of its income on food consumed in the home, compared to 25 per cent in 1970.

Food security necessitates supply chain resilience and this is more assured when it involves domestic producers.This does not amount to a rejection of food trade.On the contrary, as a country with the resources to expand production the UK would be able to contribute to a global food trading system focussed on those parts of the world that will struggle to feed their populations.

Finally, as the UK has a trade deficit in food so an increase in production would benefit the wider economy.It would also support rural employment - directly via farm work and indirectly in the many businesses supplying goods and services to farms – while simultaneously promoting a transition towards a greener economy.