Expert insight: The next seven days in the Brexit process 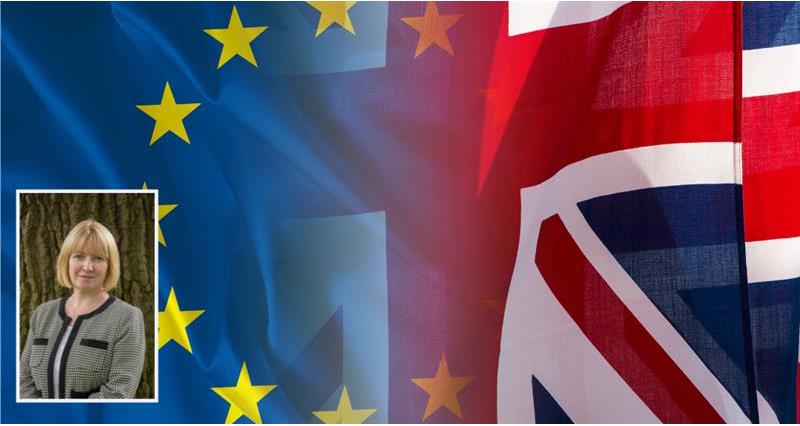 The next week will be key in the process of the UK’s departure from the EU. The NFU’s chief EU exit and international trade adviser Gail Soutar takes a look at what it all means and attempts to navigate what lies ahead.

What is the 'meaningful vote'?

The 'meaningful vote' is the House of Common's decision on whether to support the EU Withdrawal Agreement and the political declaration outlining a framework for the future relationship between the UK and the EU. The government cannot ratify and implement the withdrawal agreement until it has secured Parliamentary approval.

The first thing to be debated on Tuesday 4 December will be a Business of the House Motion which will set out the rules of procedure for the debate in the week ahead. The Business Motion would set aside eight hours of debate on five days (4, 5, 6, 10 and 11 December). Leading to a 'meaningful vote' and up to six amendments to be selected by the Speaker and to be voted on at the end of the final day of debate amendments at the end of the day on Tuesday 11 December. Crucially, the House will vote on amendments before voting on the final motion (whether or not as amended). The government had previously expressed concerns that if the House approved an amended motion, there would be legal uncertainty as to whether it had met the approval requirements of the 2018 Act. However it has now conceded this point, but may be saving up further issues for later down the line.

What is to be debated?

If the motion passes – is the deal done?

Does the government have the votes to get an agreement in the Commons?

At the moment the arithmetic is looking tricky for the government. It is likely that Labour will vote against the government and depending on the final agreement reached between the EU27 and the UK Government, there could be a number of Conservative rebel MPs, as well as the 10 DUP MPs the government relies on for its majority.

What happens if the Commons rejects the government’s motion?

If the government fails to pass the motion approving both the Withdrawal Agreement and the political declaration, the EU Withdrawal Act sets out the necessary process that would need to follow. The first step would be for a government Minister to make a statement in writing to parliament setting out how the government intends to proceed in relation to negotiations with the EU. The statement must be made within 21 calendar days (1 January 2019). But this would be expected to be made much sooner, if not immediately following the vote.

The Commons will then, within seven sitting days of that statement being made, have the opportunity to debate a motion to be moved by a government Minister. Such a motion would be in “neutral terms” and would be to the effect that the House of Commons has considered the matter of the statement.

A neutral motion does not as such “approve” anything, but simply notes that a debate on a subject matter took place. Normally, amendments cannot be tabled to neutral motions, but the House could resolve to dis-apply the normal rules of procedure, thereby allowing amendments to be tabled. In short, this is the moment the parliament can “take back control” of what happens next.

Technically the government has until 21 January to conclude negotiations with the EU. In the event of there being no political agreement by this date, the Prime Minister is required to inform Parliament and set out how the government intends to proceed.

Could the Government make a second attempt at the “meaningful vote”?

If an approval motion does not pass first time around, there is nothing to prevent the government from bringing forward another approval motion, and making another attempt to get it through. This could be justified if there are either changes to the negotiated texts, of if the “underlying political reality” had changed. Without approval of the Withdrawal Agreement and Political Declaration the default legal position is for the UK to leave the EU on 29 March 2019 with no deal in place. A cliff edge many will want to avoid.

The NFU will continue to provide expert analysis of the Withdrawal Agreement and what this means for farming businesses.

Keep an eye on our dedicated Brexit channel for more news and insight.