Blog: Making the Most of Brussels with BAB 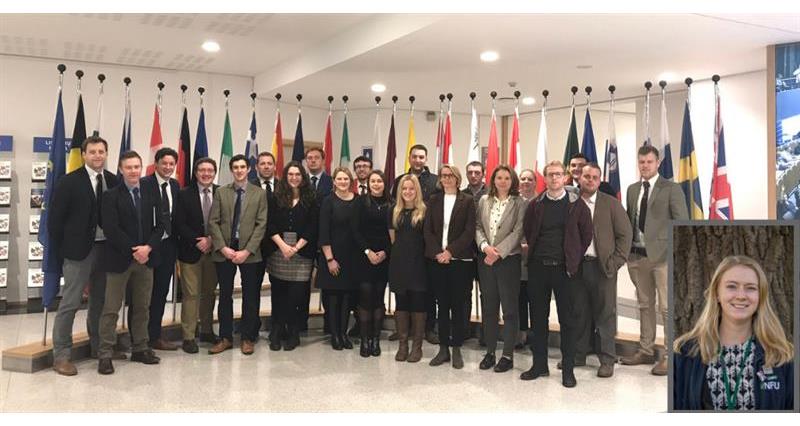 Here in the Brussels office we always have visitors coming and going, attending Copa working parties, meeting the European Commission, or going to European conferences. We also regularly host groups, and throughout the autumn of 2018 we have welcomed several different groups who have all come to learn more about what we do here and the European Union more generally.

This included a trip to the ‘revolutionary’ Kipster Farm, which claims to be the most animal and environmentally friendly poultry farm in the world, a fascinating example of how production systems can adapt to suit societal demands.

These speakers were able to provide a real picture of what it is like to conduct agricultural trade with the EU and internationally as a third country - vital as the UK looks at trade deals beyond the EU.

Finally, we kicked off December with the NFU Cymru Next Generation Policy Forum, who appreciated the chance to have a straight talking conversation about the realities of Brexit, beyond the media hype, with a member of Commissioner Hogan’s cabinet.

For us in BAB, hosting groups provides us with an excellent opportunity to engage directly with different member groups, and gives you a chance to speak to those really in the know – bringing another perspective to the table. From the latest in plant protection products, to the Brazilian poultry industry, visiting groups are able to listen to and question experts on topics relevant to their businesses.

Most of the groups that visit Brussels would not be able to do so without sponsorship from an MEP. Not only do groups get to visit the European Parliament, but because of our excellent working relationships with so many UK MEPs, often they join the groups for dinner.

With Brexit never far from anyone’s mind, it is a timely way to get a real insight to the process of European policy making: you are able to speak informally with your representatives and go beyond the headlines on Brexit or any other European issue.

It’s fantastic to have seen so many groups taking the opportunity to come and learn more about the EU, international trade, and different farming systems. We will continue to have an eye on Brussels in years to come, and while we may not have UK MEPs in future, access to the hub of expertise in this town is a truly valuable resource for visitor groups.

As 2018 draws to a close, we look forward to welcoming more of you to Brussels next year.

More of our work on EU Exit and from our Brussels team: