Farmers across the country are being urged to take part in the Big Farmland Bird Count (BFBC), which starts on 8 February.

Sponsored by the NFU, the nationwide ‘citizen science’ project calls on farmers, land managers and gamekeepers to spend 30 minutes between 8 and 17 February recording bird species on their land.

Crucially, the results will aim to distinguish which farmland birds are thriving due to good conservation efforts while identifying the ones in need of most help.

2. Count your birds! On a day between 8 and 17 February, spend about 30 minutes recording the species and number of birds seen on one particular area of your farm.

NFU President Minette Batters is vowing her support to the count by going bird-watching on her farm in Downton, Wiltshire.She said:

“The NFU is extremely pleased to be sponsoring the 2019 GWCT Big Farmland Bird Count. This event highlights perfectly how farmers balance excellent conservation work on farms across the country alongside producing the nation’s food." 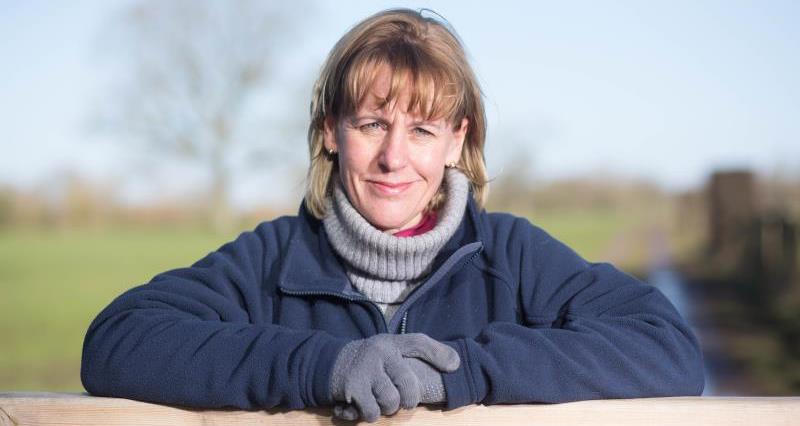 “Over the past four decades, farmers have carried out a huge amount of work to encourage wildlife and are responsible for protecting, maintaining and enhancing 70% of the nation's iconic countryside.

“I would encourage all farmers to take part, and also remember to submit your records to the GWCT, so we can pull together a vital national snapshot of the state of nation when it comes to farmland birds.”

“It would be fantastic to see even more farmers to take part in the count this year,” said Jim.

“Counting birds on farm is a great way to recognise what species are there as well as being an opportunity to take time out and see the benefits of work such as wild seed mix and supplementary feeding.

“Taking part and submitting results enables us at GWCT to shout about the important conservation work many farmers are doing.

See also: NFU Report - United by our environment, our food, our future

Yorkshire farmer Richard Bramley explains his passion for farmland birds including his favourite, the yellow wagtail.

There are a few things you can do to help you identify birds on your farm. Take a pair of binoculars and a notepad and pencil and look for the distinctive things that individual species do that sets them apart. Jotting these details down will make identification much easier. At the end of the count, the results will be analysed by the Trust. All participants will receive a report on the national results once they have been collated.

Aside from the NFU being the main sponsor, the count is also being supported by FWAG, LEAF, Kings, Perdix and CLA.

A total of 25 red-listed species were recorded, with five appearing in the 25 most commonly seen species list. These include fieldfares, starlings, house sparrows, song thrushes and yellowhammers. The most plentiful of these were fieldfares and starlings, which were seen on nearly 40% of the farms taking part.

“Many, many farmers do lots on their farms to encourage wildlife, but when I talk to the public, they always seem surprised that this is the case. The Big Farmland Bird Count gives individual farmers the chance to spend just half an hour counting birds on their farm, so that the GWCT can shout from the rooftops about the results.”

“Last year, just over 1,000 people took part in the count, which on the face of it looks fantastic. However, there are around 212,000 farm holdings and around 3,000 full time gamekeepers in the UK (and a similar number who do the job part time). Therefore, less than one in every 200 (0.4%) of potential counters took part last year.”