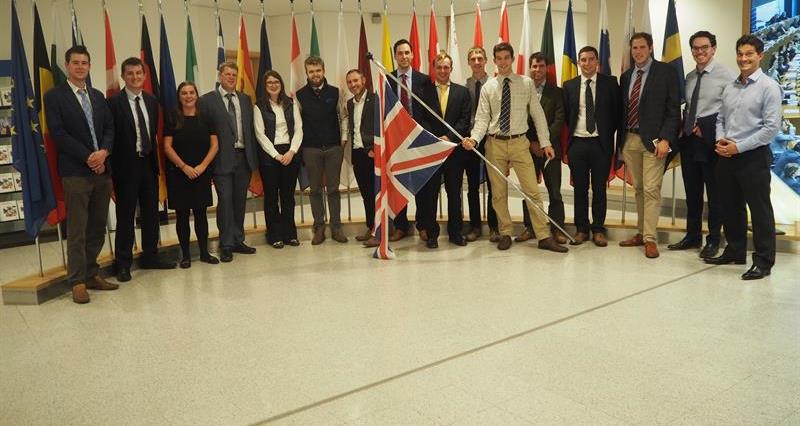 On an unseasonably warm Monday morning in October, the PIP group assembled at St Pancras Station in London ready to embark on the final event of the 2017/18 programme. There was a certain level of excitement in the air as our destination was Brussels.

Our first appointment was at the NFU British Agriculture Bureau (BAB) in Brussels where we were greeted by NFU European Policy Adviser, Katie Jarvis. Katie informed the group of the responsibilities of the BAB office which include assisting the NFU in lobbying the various institutions within the European Union. As you can imagine, this has been an incredibly busy office with Brexit on the horizon and will have a crucial part to play in the coming months.

After some lunch the group were joined by Elena Nalon, the Farm Animals Veterinary Adviser for the EuroGroup for Animals, a group who work to improve the welfare of animals across Europe. Elena delivered a presentation outlining some of the key areas that the group are focusing on such as natural light, perching, stunning and transport. This gave the group a good insight into which areas of welfare are being monitored and sparked several healthy debates!

In the afternoon the group were treated to a tour of the European Parliament buildings where we were given a comprehensive presentation outlining how the European Parliament works and the complicated process of how laws are passed was explained in some detail. Our host and sponsor for the Parliamentary visit was Stuart Agnew, MEP for the East of England. Stuart gave the group a fascinating insight into the day-to-day life of an MEP and also gave us his opinion on the hot topic of Brexit. 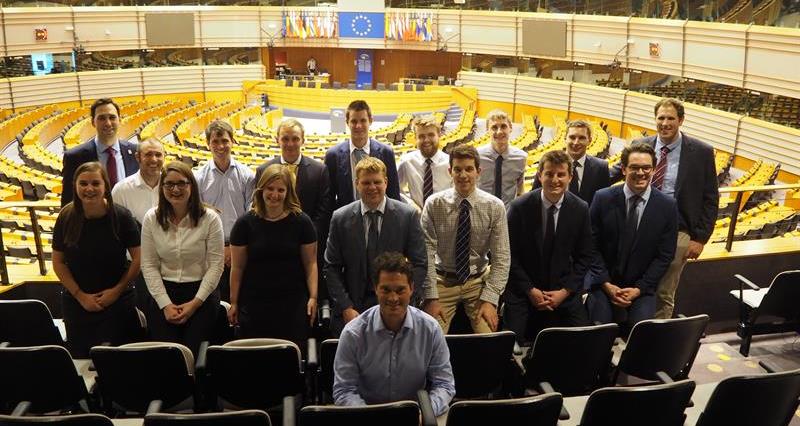 On the morning of day two we travelled across the border into Holland, the first destination was a commercial laying farm owned by Eric Hubers. Eric is the president of the Dutch Poultry Association and looks after 130,000 birds in both barn and free rage systems. The farm produces brown and white eggs, the brown eggs for the Dutch market and the white eggs for the neighbouring German market. Eric keeps his white birds on the farm until they are 96 weeks old and at this stage they are still producing at over 80%. All of the birds on the farm are fully beaked in compliance with Dutch codes of practice, despite the challenges that this provides, the feather cover was generally very good.

Our next appointment was Kipster – ‘The Revolutionary Farm’. This is a farm designed to tackle all of the welfare and socio-economic issues that the egg industry faces today, and it is well worth a visit. It is classified as a barn system but there are two large winter gardens where the birds exercise natural behaviours ‘outside’.  Inside there are two large multi-tier systems with a huge scratch area in-between, the scratch area provides a vast array of enrichment including real trees, logs and too many others to mention. Above the scratch area is a roof mainly consisting of windows and solar panels. The most impressive thing for me was the fact that the farm has a viewing gallery that is open to the public every day and attracts a large number of visitors. It is not just welfare issues that are being challenged, PV panels and LED lighting help to keep the farm carbon neutral and bio-degradable egg boxes made from potato pulp help to address the issue of waste. Although this may not seem a viable commercial enterprise due to the huge start-up costs, it does promote the egg industry in a positive way. 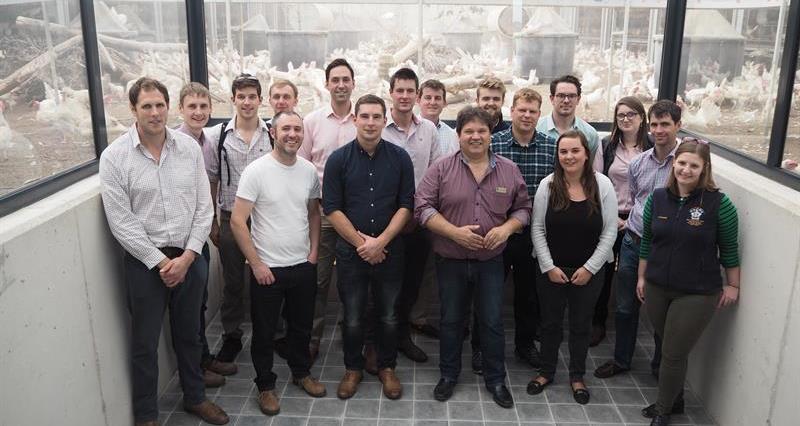 Our final visit was Rondeel - another high welfare, innovative laying farm.  The circular building consists of five multi-tier systems branching out from a central point with a winter-garden connecting the gaps between the systems. Like Kipster, the farm is open to the public and its revolutionary practices are promoted to the visitors. Sustainability is the name of the game with Rondeel who have developed a supply chain for the meat from their spent hens, which goes to a local food company and is used in sandwiches, wraps and paninis etc.

After the Rondeel farm we were back on the minibus and heading back to the station, the end of a truly action-packed two days.

Firstly, I would like to say thank you ot the NFU Poultry Board Chairman, Tom Wornham, who took a couple of days out of his busy schedule to join us on the trip. Secondly, on behalf of the whole PIP group, I would like to say a huge ‘thank you’ to the PIP committee, not only for an excellent two-day trip, but for everything they have put into the Poultry Industry Programme. It has been an incredible programme from start to finish and we cannot thank you enough.

- Interested in being part of the 2019/20 Poultry Industry Programme?