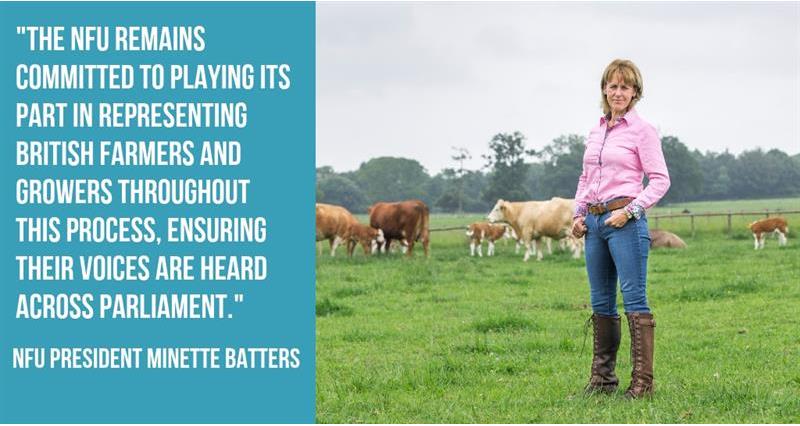 “As a result of the vote in the House of Commons, the country now finds itself in a situation where a no-deal Brexit appears to be increasingly likely. I have been clear that such an exit would simply be catastrophic for Britain and its food and farming sector and the country’s ability to produce home-grown food.

“A no-deal Brexit could lead to huge disruption as a result of an effective trade embargo on the export of animals and animal products to the EU leaving many livestock farmers with no market for their produce. At the same time, we know that the Government would choose to unilaterally lower import tariffs on food.  Let’s be clear about that, if that happened Britain would be actively encouraging food imports from all over the world potentially produced to food standards lower than is legally allowed by UK farmers.

“This would leave our own farmers facing the devastating outcome of having limited markets for their own produce while at the same time being undercut by low standard imports.

“Such a move would leave Britain with a weakened ability to produce its own food. Once the tap of British food production is turned off, it would be very hard to turn it on again. Nobody would benefit from this.

“A no-deal Brexit has to be avoided at all costs. The NFU has been clear that reaching a Brexit deal is a priority and we will be assessing any deal against our six key principles agreed at an Extraordinary meeting of the NFU’s Council in December, which includes avoiding a no-deal and ensuring free and frictionless trade with our biggest trading partner.

“The NFU is at the forefront of our industry coming together to warn against a no-deal outcome and we remain committed to playing our part in representing British farmers and growers throughout this process, ensuring their voice is heard across Parliament.

“I urge the government to take all the necessary steps to achieve a deal with the EU that delivers on these principles.”

The six principles agreed by NFU Council are: