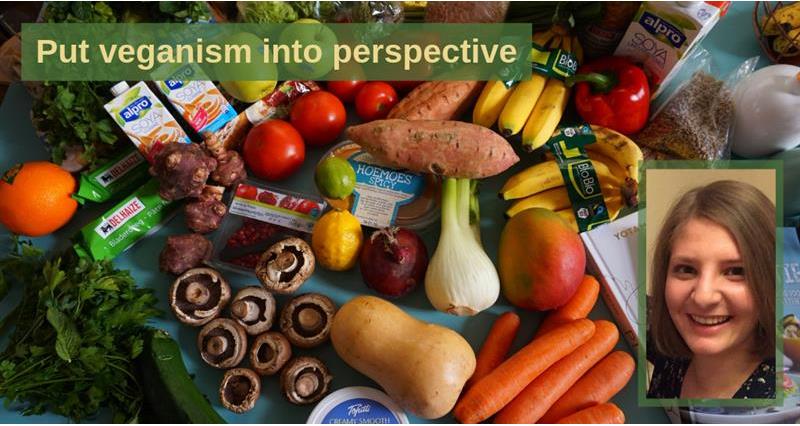 She has been looking into veganism which increasingly in the news and on social media. Is this reflected in meat and dairy sales and are people actually consuming less meat and dairy?

Farmers within the poultry, livestock, dairy and pig sectors have been reporting regular negative messages over social media which are often misinformed and often not representative of British agriculture. With the increase of social media; these extreme groups are able to communicate with people in an unfiltered way.

But is this just noise? Do the majority of British customers still enjoy meat and dairy?

It may seem that veganism is on the rise; however this may not actually be the case. AHDB consumer insights team have reported that veganism makes up 2% of the UK’s population and vegetarians and flexitarians make up a further 7%. A flexitarian diet is predominantly a vegetable based diet, but occasionally eating meat and fish. Often flexitarians eat vegetable based meals for 5 days, and then consume meat on the weekend.

In 2019, 91% of British households purchased red meat in 2018 and only 0.2% of people stopped purchasing meat altogether over the year. 89% customs who buy of meat free products such as Quorn, also buy meat, this shows that consumers are looking for alternatives to meat, but not completely removing meat from their diets.

In order for plant based alternatives to gain long term traction with customers, the products will need to deliver on the nutritional and taste promises made to consumers. The top three key drivers for consumers purchasing food are price, appearance and quality - unless an alternative can deliver on all three, then the appeal for plant based alternatives to meat and dairy will be more niche. A Kantar Worldpanel survey asked people who have tried a dairy alternative if they would purchase again and found that a third of respondents would not make a repeat purchase.

There is a bigger diet change happening which is the move towards a flexitarian diet and could have bigger ramifications for meat and dairy categories. While they are not completely eliminating their meat consumption, they are often taking into consideration to origin of meat and production standards.

Meat and dairy, along with complex carbohydrates and fresh produce are still regarded as the cornerstones for a healthy diet. The NHS states that the best source of iodine is milk or white fish. Iodine is required as it makes thyroid hormones, which control the body’s metabolism and many other important functions. AHDB have found that many alternative milk sources only contain 3% of the levels found in real milk.

Farmers understand the need for ensuring the highest animal welfare and thousands of hours are spent ensuring that animals are fed, watered and well cared for. However with the majority of the UK population are often disengaged with how food has been produced, or what a working farm looks like. So it is therefore no wonder that people are influenced by what they read or see online, even if it doesn’t represent UK agriculture.

As an industry we have the opportunity to become even more transparent about the work we all do and the vital nutrients our products provide. Also, there is the chance to educate people about farming practices by getting involved in Open Farm Sunday.

There is a vast amount of positive work that the agricultural industry does and often not given credit for. Because everyone needs a farmer three times a day, seven days a week, and 365 days a year.

Further advice on dealing with vegan activist and animal rights groups can be found on the links below: