Tariffs are a 'must-have' for UK egg industry 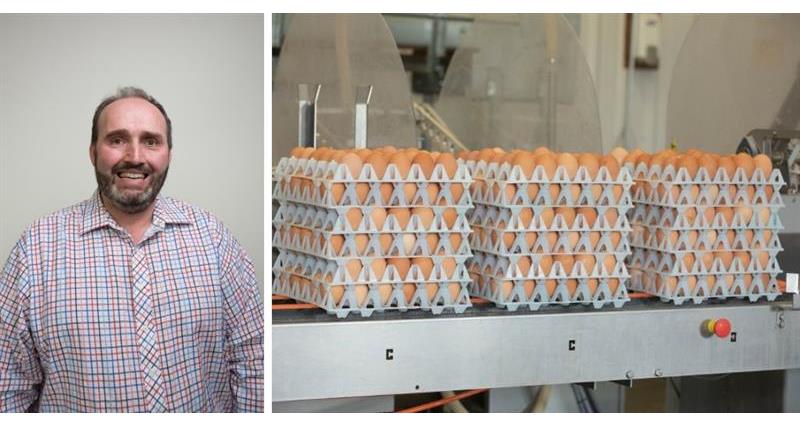 “The egg sector is important: industry data revealed that we eat over 13 billion eggs every year in the UK and consumption is growing. Around 87% of these eggs are produced here in the UK - the majority of these are shell eggs, but processed eggs for food service and manufacturing make up 21% of the market. If the UK Government moves to a much more trade liberal approach and decides to unilaterally remove tariffs on egg imports – as it announced would be the case in the event of us crashing out of the EU without a deal - the make-up of our industry could look very different with imports of cheaper, lower standard egg products making their way on to shelves and into food products.

The NFU has big concerns over the impact of the removal of tariffs on imported egg products in future trade policy. Without the protection of tariffs or quantitative restrictions, egg products from countries outside of the EU would be more competitive on the UK market and would put UK producers at an unfair disadvantage.

There seems to be a misplaced assumption within government that all eggs, regardless of where and how they are produced, are the same. We know that not to be true. In the UK our production systems reflect the demand for high welfare from our consumers. High standards don’t come without a cost: in the UK around 16% of our egg producers’ outlay is directly related to EU legislation which sets the baseline for those higher standards, according to a 2017 report. It would be entirely unacceptable for overseas producers to be given free access to our market via the removal of the protective tariff wall currently in place through the EU, if at the same time they would not be required to adhere to the same standards as UK producers.

WTO rules prevent us from simply banning product from being sold in the UK where it has not been produced to the same standards as our producers adhere to. Only if there was a question over the safety of the product, or if there were scientifically detectable differences in the product, could we legitimately ban those products from UK markets. That’s why maintaining tariffs on products such as eggs, where environmental and animal welfare rules add costs to domestic producers, is an entirely legitimate way of protecting domestic producers from unfair competition from abroad.

The liquid egg market is of particular concern to us, as a very tradeable product that does not currently benefit from the same extent of retailer commitment to buy British as shell eggs do. Although commitments have been made to source free range eggs for egg products, these are not always necessarily of British origin.

The liquid egg market plays a role in determining the profitability of our egg industry, as it provides a market for second quality eggs and therefore a source of income to UK poultry farmers. There are some UK farmers who sell solely into the liquid processors as part of their business model – an approach which reduces their reliance on labour on farm. These farm businesses still adhere to the high standards expected of UK egg producers. We estimate that around 50% of the egg imports coming from the EU into the UK are in dried or liquid egg form, which is a considerable percentage of our imports. Should the removal of tariffs mean that these products come in from outside the EU, then we cannot guarantee that these imports would have been produced to the standards our consumers expect. It is also reasonable to assume that EU product, produced to the same standards as UK, would be pushed out paving the way for greater volumes of imports from non-EU countries.

Shell eggs are very different to powdered or liquid eggs and therefore we feel they shouldn’t all be lumped together under a single tariff approach. This is why the NFU continues to ask for a much more nuanced and evidence based approach to tariffs by government. One which sees the right level of tariff put in place for shell, powdered and liquid eggs as opposed to simply removing the existing tariff protections in place for all of these products.

For me, it is important to recognise that the UK egg sector is an unsupported sector, free of subsidies. UK egg producing businesses, like mine, make investments in capital using the profit that we produce and often these investments are made over a long period of time. The proposed UK government position of unilateral trade liberalisation for our sector would undermine our efforts to invest in our businesses and our productivity levels. A permanent removal of tariffs on eggs irrespective of their origin or production method would knock confidence in the UK egg industry, potentially permanently, reducing investment going into egg businesses – a disaster for an industry that has worked hard to invest and improve.

Although life after Brexit feels a long way away for many, the NFU will continue to make the case for tariff protection in the egg industry and other industries potentially impacted by trade liberalisation policies now. It is important that our voices are heard loud and clear to avoid our egg industry being overlooked in future trade policy.”