NFU in the media: BBC Focus on Farming week 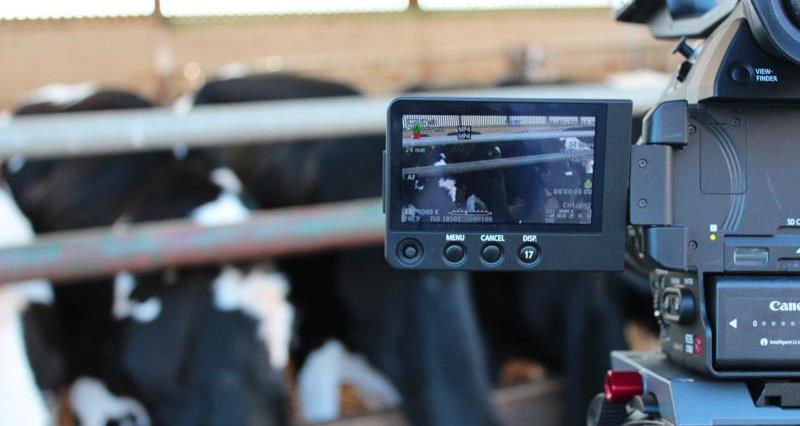 The NFU has raised a number of concerns to the BBC about its coverage of farming and rural affairs and has met with them to discuss this.

The BBC's decision to run a week-long focus on farming, has seen reports exploring comprehensive issues in greater detail. The NFU has been engaging with BBC News teams to provide briefings and interviews.

Click on the links below to see the topics explored during the week and where NFU spokespeople and farmer members have been featured.

NFU Deputy President Guy Smith was on NFU member Joe Stanley’s farm in Leicestershire talking to BBC Breakfast and the BBC News Channel about climate change and the impact extreme weather has had on crops. Catch up below.

NFU Vice President Stuart Roberts was interviewed by the BBC's environment correspondent about the importance of investing in our flood and coastal defences, and this was broadcast on the BBC lunchtime news.

NFU Vice President @HertsFarmer explained to @BBCNews why the Fens are a valuable region for food production yet hugely vulnerable to flooding and the impact of #climatechange. Catch the full report (from 20 mins 30 secs) https://t.co/jjDKO6Vzzc #BBCFarmingFocus pic.twitter.com/Hfph6xQJqY

NFU sugar board chairman Michael Sly pre-recorded an interview from his farm in Cambridgeshire with BBC News at Six and Ten that looked at the Fens as a highly productive area of food production that is also hugely vulnerable to flooding and climate change. 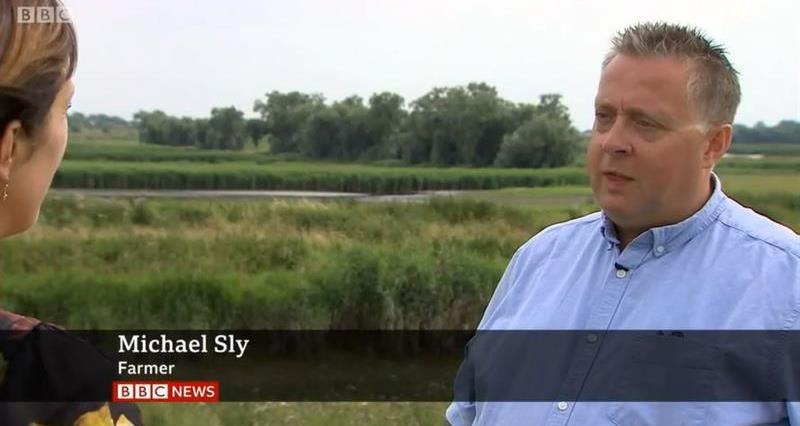 For a piece on Brexit aired on BBC bulletins across the day, the NFU’s director of EU exit and international trade, Nick von Westenholz, briefed the BBC with farming’s views on Brexit. The four UK farming unions also provided a statement. Catch up below.

NFU director of EU exit and international trade @nvonwestenholz was interviewed by @BBCNews reacting to research from @AndersonsCentre that reiterates farmers’ concerns over a no-deal #Brexit. Catch up with all the #BBCFarmingFocus coverage so far: https://t.co/kHkTgWH4N5 pic.twitter.com/Md5Il2cKBz

NFU Deputy President Guy Smith spoke to BBC Radio 5 Live about the impact the recent wet weather has had on this year’s wheat harvest. Catch up from from 51 mins here.

BBC Breakfast was again broadcasting from NFU member Joe Stanley’s farm to talk about emerging technologies in farming, how they could be used going forward and the impact of the recent wet weather on this year's wheat harvest.

.@BBCBreakfast’s #BBCFarmingFocus returned to @JoeWStanley’s farm this morning, where he explained the impact the recent wet weather has had on this year’s wheat harvest. Watch the full interview from 2hrs 51mins: https://t.co/C9MS1kkCZT pic.twitter.com/J1T3EfUgrC

NFU environment forum chairman Phil Jarvis recorded an interview with the BBC highlighting the positives that farmers contribute to the UK environment, all while producing high quality food. He highlights some of the challenges that farmers face, including the weather. This features on the main news bulletins on Wednesday.

NFU horticulture and potatoes board chair Ali Capper was interviewed on BBC Farming Today (listen from 9 mins)  covering the NFU's concerns that a that the end of freedom of movement in a no-deal Brexit would mean a critical supply of people for British food and farming will be cut off overnight.

BBC Breakfast was on Joe Stanley’s farm for the final time where they will be talking about rural crime and the wide-ranging impacts this can have on farmers.

NFU chief land management adviser Sam Durham was interviewed live on BBC Breakfast to highlight the issues of rural crime and react to the recent spate of sheep butchering across the Midlands. The programme also featured a farmer who had recently suffered an incident on their farm.

NFU horticulture and potatoes board member Tim Papworth talked to BBC News about how a farm accident changed his life. Watch the interview below.

Like in all jobs, farmers are exposed to risks. Changing a light bulb is a simple task but for @potatofarmertim it changed his life. A powerful account on @BBCNews ?? For more #farmsafety advice read @_hannahbinns blog: https://t.co/EWQfT7yfRx #BBCFarmingFocus pic.twitter.com/MacRlruN1F

On the final day of #BBCFarmingFocus, NFU member @GrownUnder lets @BBCBreakfast take a look around its underground vertical farm and explains the benefits of using #technology in #farming. Catch up from 3hrs: https://t.co/kDAbvQLepU pic.twitter.com/fCXdIUHxhz

BBC London looked at the challenges facing farmers as the country prepares the leave the EU. NFU Deputy President Guy Smith was interviewed in advance.

An online piece looks at young female first generation farmers and their experiences in the industry. The BBC interviewed Hannah Jackson (the Red Shepherdess on Twitter).

A second article examines the debate over climate change and the role of livestock production, emphasising the role UK grasslands play in locking in carbon.