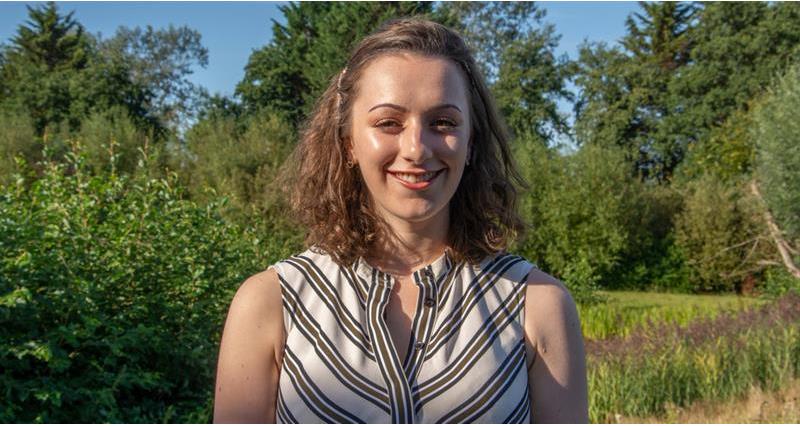 My first 12-month placement on the NFU’s public affairs and communications graduate scheme is with the External Affairs team in London. Despite only being a part of this team for a month, I have already experienced so much and learnt more than I could ever have imagined.

As someone who isn’t from a farming background, I was worried that starting at the NFU would be like sitting a French exam without a single lesson. My apprehensions soon subsided during my first week where the other graduates and I met helpful, supportive colleagues who repeatedly assured us that ‘there’s no such thing as a stupid question.’

Following my week-long induction, I soon got stuck into party conference season where I worked alongside NFU officeholders, the External Affairs, Campaigns and Communications teams.

As someone who loves politics, having the opportunity to represent the NFU at the Conservative Party Conference, Labour Party Conference and Liberal Democrat Federal Conference was a fantastic experience.  As part of this, the team and I met with MPs and other office holders, prospective parliamentary candidates and party members from across the political spectrum.

Conference season was an illuminating experience. Despite the political uncertainty that exists within the UK at present, people’s willingness to hear from the NFU about the importance of supporting British farming was striking.

Whether I met with people at one of our highly attended fringe events, our award-winning conference stand or at a meeting, people were fascinated to hear about the ways in which they could Back British Farming.

One thing that has stood out to me so far at the NFU is the variety of work.  Whether it’s visiting members at their farm, speaking to the Defra Secretary of State at the Back British Farming day in Parliament or helping at a no-deal Brexit preparation workshop for industry leaders, no two days are alike.

This level of diversity is something which I truly value. I am very grateful to be developing an expansive skillset from industry leaders who bring passion, enthusiasm and friendliness to everything they do.