NFU President visits US for trade and business talks 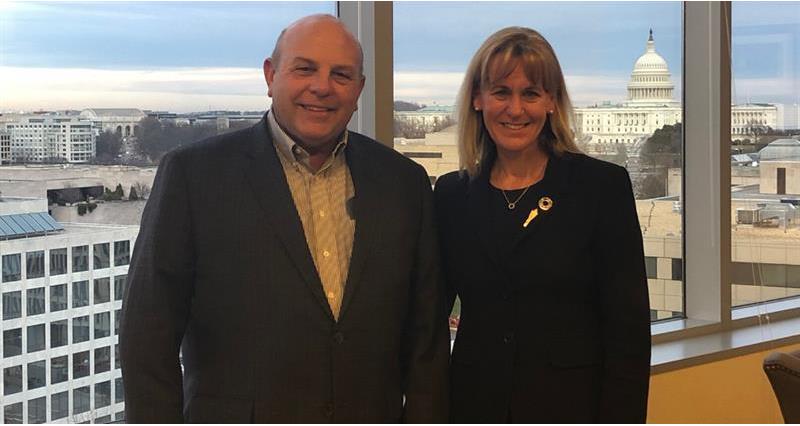 NFU President Minette Batters has visited Washington D.C. as part of the CBI's B7 delegation to meet US officials and trade experts, as well as American Farm Bureau President Zippy Duvall.

During the visit, Mrs Batters reiterated the NFU’s objective to ensure that any future trade deals don't undermine the UK’s high standards of sustainable, high welfare and climate-friendly farming, and should require the same high standards from any food entering our shores.

Also taking part in the two days of meetings were Gail Soutar from the NFU's EU exit and international trade team and the CBI Director General Carolyn Fairburn, who is also lined up to speak at NFU Conference later this month.

:: Look out for more on the delegation in the April edition of your British Farmer & Grower magazine.

Busy morning #B7Summit in Washington DC. This afternoon ?we’ll be meeting with ?@USTradeRep? and ?@USDA?. It’s been really interesting to hear how ??@POTUS? has really got behind US Agriculture. It’s farmers first in the US. pic.twitter.com/qJS0nSsZal

Agriculture is always on the table in U.S. trade, so great to be with @NFUtweets @Minette_Batters in D.C. this week meeting U.S. officials & trade experts. Clear these talks will need dialogue, understanding and business evidence to guide decision-making . pic.twitter.com/vHl7RnKHKV