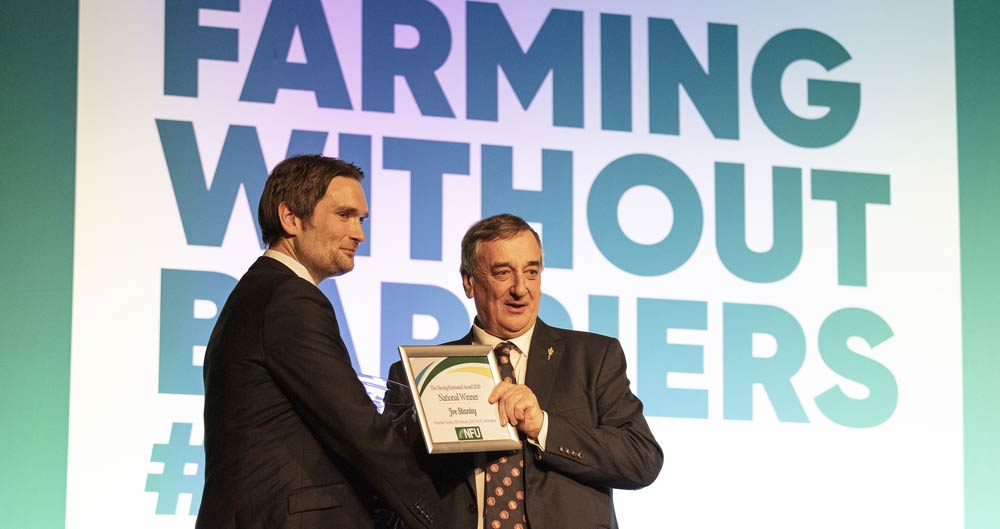 The 2020 Meurig Raymond Award – named after the NFU’s former President – was presented to Mr Stanley at the NFU Conference dinner held at the ICC, Birmingham on 25 February.

Mr Stanley has become a high-profile advocate for the food and farming sector via the mainstream media and on social media. He’s a regular contributor and columnist in national newspapers and farming trade magazines, and last summer hosted BBC Breakfast for a week on his farm near Ashby-de-la-Zouch. He has just become the NFU’s Leicestershire, Northamptonshire and Rutland county vice chairman.

Receiving the award, he said:

“It’s a huge honour to have been given this award and many congratulations to all the other nominees. All I’ve done is talk about what all the NFU members have been doing for our environment and producing quality food. If all of us just put some attention to promoting what we do as an industry that will be such a positive message.” 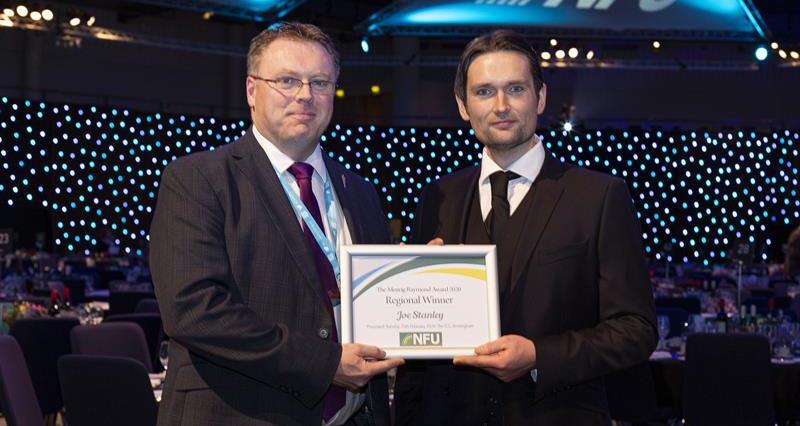 “I’m absolutely delighted for Joe who is a worthy winner of this year’s Meurig Raymond Award. He is the embodiment of what the NFU is all about. As well as running his own farming business, he’s an engaged grassroots NFU member and his local branch is enjoying a revival of activity due to his efforts to make the NFU more open and accessible to the younger generation. His dedication, hard work and positivity has made him a progressive voice for our industry and helped raise the profile of British farmers and what they do.”