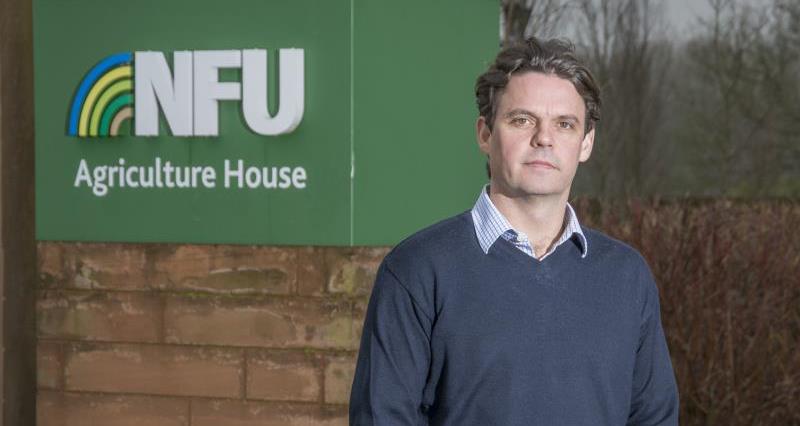 The mandate is asking to be treated in the same way as other ‘friendly’ trading partners such as Canada and Japan. It says if it is not able to agree the trading relationship it is looking for, it will pursue a relationship similar to the one Australia has with the EU which is based on WTO tariffs.

Responding to the news, NFU director of EU exit and international trade Nick von Westenholz (above) said: “This is an important milestone in establishing our permanent relationship with the EU once we leave the transition period at the end of the year.

"The EU is British agriculture’s largest export market, and given its size and proximity, will remain so in the future. It is crucial that we have tariff free trade with as little friction as possible and we welcome the government’s commitment to securing tariff and quota free trade in agricultural goods with the EU.

“It is right that the terms of the future relationship recognise the UK as an independent, sovereign nation and that the UK wishes to take back control of its own rules and regulations.

"However, in doing so it must ensure that it does not erect unnecessary barriers to trade that could lead to significant extra costs for British farmers. The UK and EU should seek to secure a unique relationship that recognises the high level of alignment that currently exists between our markets and ensures checks and additional costs on trade are kept to an absolute minimum where that alignment exists.

“The government shouldn’t aim to change rules simply for the sake of it. Divergence will lead to increased friction and costs as the border, so the UK government must only diverge when there is a clear economic benefit for UK businesses.

"We hope to work with the government in identifying where those opportunities exist. In the meantime, the fact that farmers and food businesses will continue to operate under the same rules in the short term must ensure trade frictions are kept to a minimum.

“It is also important that the government does not simply reserve the right to diverge on regulations with the EU in order to make space for greater imports of food from elsewhere in the world produced to lower standards than those required of our own farmers.

"Importing food that would be illegal to produce here would be a backward step that could seriously damage our agricultural sector and with it the high food standards that they, and the British public, are rightly proud of.

“We remain concerned by the very tight timescales the government has set out for achieving an agreement. The outcome of these negotiations will have a fundamental impact on UK farming for decades to come and it should not be unnecessarily rushed.

"Leaving at the end of the year without a deal would be enormously damaging for UK farm businesses and the wider food chain, not to mention the British public who place such a high value on the safe and affordable food they produce. It is vital that government engages with industry and works in partnership with British farmers in all of its trade negotiations.”

More of the NFU's work on trade and safeguarding standards: