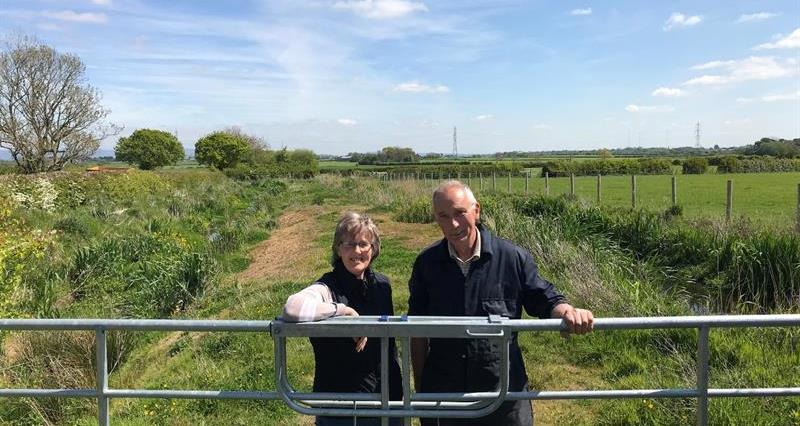 The Tidal Wyre project started in 2016, after 18 months of project planning and prioritisation.

In total, 11 farms have taken part in the project which has seen a wide array of water quality interventions made at the farms involved. Primarily these interventions sought to separate clean and dirty water within the farmyard and to reduce livestock access to watercourses in order to create buffer zones which prevent diffuse and point source pollution.

Diffuse and point source pollution account for a large percentage of the contaminants and bacteria which can be found within our watercourses.

Harold and Margaret Hesketh at the farm wetland

Diffuse pollution can occur for a variety of reasons, some of these include slurry spreading before rainfall events, spreading slurry too close to a watercourse, livestock entering the watercourse and defecating within it, poaching of river banks by livestock and via dirty water entering surface water drains which flow into nearby ditches, dykes, brooks or streams.

Although the impacts of diffuse pollution may not be obvious to the naked eye, it is the case that each pollution event might have sub-lethal impacts on fish and invertebrates. It will also be represented in changes to the clarity of water, the rapid growth of algae or water plants and a reduction of birds such as kingfishers and dippers visiting watercourses as food sources disappear.

At Kirkham I’Th’ Fields Farm, a number of projects were proposed to reduce the impact of diffuse and point source pollution, this included the installation of new guttering to reduce the amount of clean water ending up on the yard and crucially in the slurry system.

A large amount of fencing was also proposed, eventually with every watercourse and pond on the farm fenced, preventing livestock access and improving water and habitat quality. Initially a number of concrete sleeping policemen were planned to direct yard runoff away from a nearby ditch.

These sleeping policemen were not chosen by Harold owing to the difficulties that would be created in cleaning the yard. At this point other options were considered and the creation of a wetland to treat the farmyard runoff was proposed.

Reedbeds and constructed wetlands are excellent natural treatment facilities, with a proven ability to remove a wide range of pollutants from effluent, this includes some of the most toxic substances produced in the petrochemical industry. 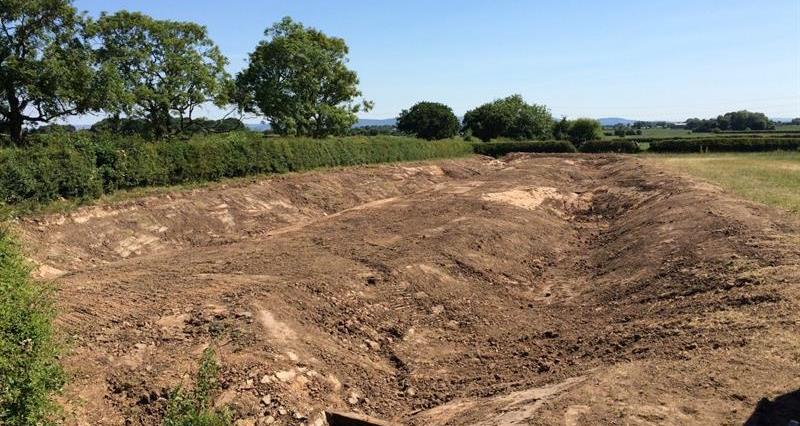 The wetland was designed by Geoff Sweaney at Wetland Engineering based upon design principles for ‘Constructed Farm Wetlands’ that were established by the Wildfowl and Wetlands Trust and Natural England in 2016.

There are an enormous number of natural treatment processes that occur within wetlands, and different processes become more dominant as conditions change when the water passes through the three cells of the wetland.

Whist the water is travelling through the wetland cells, it is being treated by natural processes, the phosphates, nitrates and ammonia that are contained within the yard runoff are taken up by microbes contained within the root networks of plants, these microbes breakdown the pollutants, the pollutants are also taken up by the plants as they grow, removing them from the water column and storing them within the plant.

The runoff also contains harmful bacteria such as E.coli and intestinal Enterococci which are commonly associated with animal waste.

Ordinarily nearly all of these bacteria would make it beyond the farm boundary into the nearest main river and into coastal bathing waters.

With the wetland in place, the numbers of potentially harmful bacteria associated with animal waste which make it beyond the farm boundary are significantly reduced.

The farm wetland allows these bacteria to be removed from the water in a number of ways; the slowing and storing of the runoff means that bacteria are starved or predated upon by the beneficial microbes.

As the sediment in the water is reduced, more UV rays in sunlight will penetrate the water, killing the coliform bacteria. Even in a relatively small farm wetland, these natural processes add up and have been shown to remove a significant number of bacteria when concentrations are compared at the start and end of the wetland. 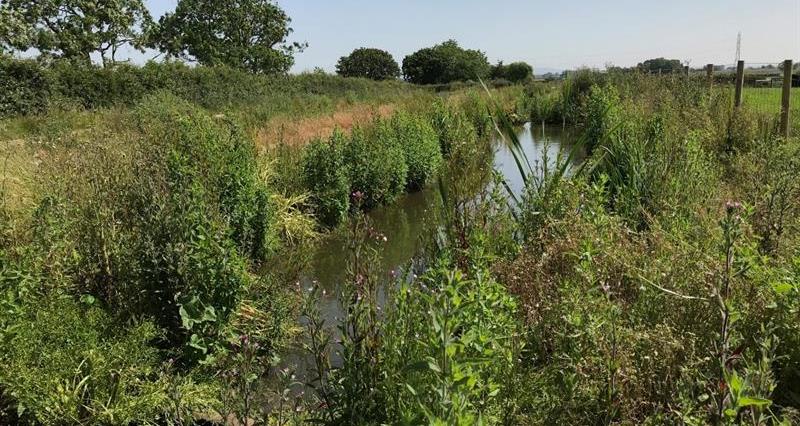 The construction of the wetland began in June 2018, during atypical conditions which meant that it sat dry for nearly five weeks following completion.

By October 2018, the wetland was full, and more than 3,000 plants were introduced to the site by Wyre Council Coast and Countryside Service volunteers.

After a number of nervous months, the wetland sprang into life during March and April 2019, with the resulting transformation almost unbelievable by September 2019.

In October 2019, the project team took samples of water from five sites on the wetland on four consecutive days.

It was expected that this would provide a representative dataset which showed how the wetland responded following a typical rainfall event. These samples were analysed for biological oxygen demand, nutrients and also for faecal coliforms (bacteria).

The results were astonishing, showing a considerable reduction in biological oxygen demand, ammonia and faecal coliforms between the wetland sites.

The wetland has so far been robust to the extreme storms of February 2020, storing water and slowly releasing it following the flood peak. It has also become a valuable habitat for insects, mammals, birds and amphibians, with rapid colonisations by a wide range of species during the last 20 months.

The project group had hoped to host a mini-BioBlitz (a 24 hour study of all the species found in and around the wetland) at the site in April 2020 but this was been put to a halt for obvious reasons.