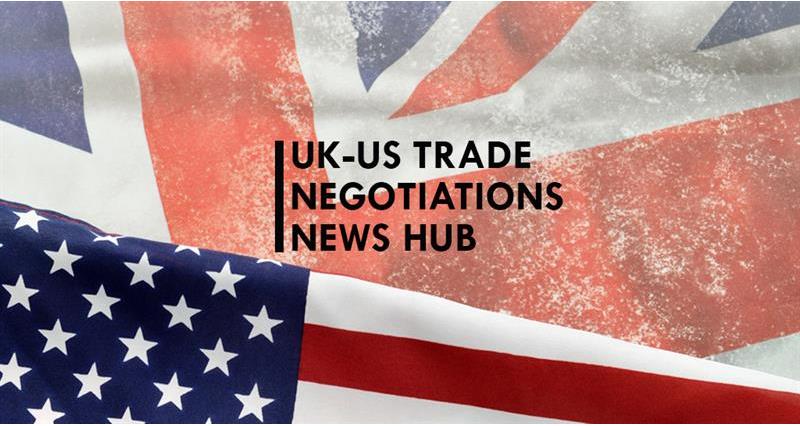 Official talks between the US and UK officially kicked off on 5 May with UK International Trade Secretary Liz Truss and US Trade Representative Robert Lighthizer hosting a conference call with around 100 negotiators from both sides dialling in to mark the launch.

Update: third round of UK / US trade negotiations

The third round of UK-US trade negotiations took place virtually from 27 July to 7 August 2020. International Trade Secretary, Liz Truss MP,  reasserted the UK’s priorities in an Free Trade Agreement (FTA) and both sides reaffirmed their commitment to negotiating a comprehensive and ambitious agreement.

Most chapters of the FTA are now moving into the advanced stages of talks, with particularly detailed discussions taking place on Intellectual Property. The next trade negotiating round is scheduled for early September and ahead of this talks will continue and both sides are expected to exchange their first Market Access offers, which will set out headline ambitions.

In parallel to the negotiations, International Trade Secretary Liz Truss held a series of key meetings with the United States Trade Representative (USTR), Ambassador Robert Lighthizer to discuss the imposition of US tariffs on UK exports as part of the ongoing Boeing / Airbus dispute at the WTO.

Update: second round of UK / US trade negotiations

The second UK-U.S. Free Trade Agreement (FTA) negotiating round took place from 15-26 June 2020. In a written ministerial statement, International Trade Secretary Liz Truss reports that negotiations between both parties continue in a positive and constructive manner.

The statement sets out that any deal must be fair, reciprocal and ultimately in the best interests of the British people and the economy. In this regard the UK Government note that the negotiations have no set deadline, but reports positive progress was made in particular on the SME chapter and cooperation on business services. UK negotiators outlined the importance of including financial services and protecting the NHS in any deal. Alongside reasserting that any trade deal between the UK and US, needs to protect animal welfare and, food safety and environmental protection standards.

Further talks are scheduled between the two parties on market access, rules of origin and a number of other areas ahead of the official third round of negotiations scheduled for late July.

This first 'virtual' round is expected to last for two weeks, with future negotiating rounds expected to be conducted over a rolling six week period i.e. two weeks 'on' and four weeks 'off'. During the 'off' period, negotiators will return to their respective government departments to work on any action points arising and agree strategy and next steps ahead of the next round of negotiations.

To begin with these talks will be held virtually until travel restrictions are lifted, after which they are expected to alternate between Washington DC and London. Free trade agreements (FTAs) usually take years to negotiate but both sides have been bullish about agreeing something much quicker, so watch this space.

What does this mean for me?

The NFU hopes that a UK/US deal will provide one of many opportunities for British farmers to sell more British food overseas. We are confident that if farmers are allowed to compete on fair terms, we can lead the way when it comes to sustainable, high welfare and climate-friendly farming. However, British farmers need to know that their businesses won’t be undercut by sub-standard food imports, and the British public needs assurance that the food they buy has been produced to those same high standards, regardless of where it has come from.

The NFU will be following the negotiations closely as they progress and lobbying to secure the best deal for British farmers.

Use the links below to go straight to more news and analysis from the NFU on the US / UK trade negotiations: