NFU writes to MPs ahead of Trade Bill's return to Commons 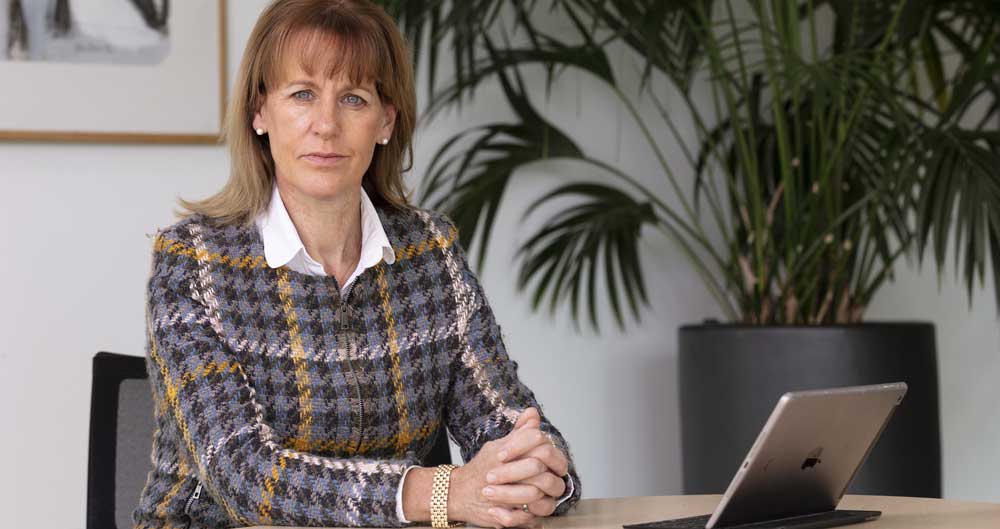 The Second Reading is the first opportunity for MPs to debate the main principles of the Bill before it moves to more detailed scrutiny in Committee Stage. This is actually the second time that this Trade Bill has been presented to the Commons. The first time was when Theresa May was Prime Minister. After her resignation, Parliament was prorogued and therefore the Bill has had to start again from scratch. The start of the Bill’s process again does mean that the NFU has a second opportunity to raise relevant issues with MPs.

The return of the Bill to the Commons for debate provides a timely opportunity for MPs to ask ministers for detail of how they intend to stick to their pledge not to undermine the UK's high standards of farming and food production in trade policy. In particular, how exactly will MPs scrutinise the detail of negotiated trade deals before they are signed?

In the letter, Mrs Batters asks 'how the government intends to grapple with the complexities and tensions at the heart of this issue – liberalising trade and opening up opportunities for more exports abroad, while ensuring the UK promotes sustainable, climate friendly farming across the globe and manages imports of food that would be illegal to produce here?'

The letter was accompanied by a full briefing on the NFU's asks from the Trade Bill.

Last week we saw the Agriculture Bill receive its Third Reading in the House of Commons and pass unamended to the House of Lords. You will be aware that the NFU welcomed the broad principles of the Bill along with many of its provisions, but nevertheless felt there were a number of areas where it might be improved. So, I was disappointed to see the Bill pass onto the House of Lords unamended, and surprised that MPs decided it needed no improvement. But I also know that the many MPs who participated in the debate – as well as many who were unable to – care deeply about their farmers and the food their constituents eat, and want to do their best to create a sustainable and profitable future for agriculture.

Without rehearsing the arguments at this stage, I still have grave concerns that the Bill will not ensure UK farming is adequately equipped to face a very uncertain future – uncertain about the impact of coronavirus on our economy and food supply chains; uncertain about the nature of our relationship with the EU come the end of the current transition period in less than 8 months; uncertain about the nature of the immigration system that is to be adopted from the 1 January next year and which is so important to how many farm businesses operate; and uncertain about the terms of trade deals we will be striking with a number of countries in the months and years ahead and which will all have significant implications for our trade in food. And all of these can be set against the backdrop of much longer-term uncertainty about the impact of climate change on society, on our natural environment and on the role farming will need to play in feeding a growing population with diminishing resources. This is why it is so important we get our future agricultural, trade and immigration policies right.

One of the major issues that came up in last week’s debate was around how our trade policy will deal with the threat of sub-standard food imports coming into the UK, unfairly competing against our farmers who are required to observe high and costly standards of production, and incentivising rather than discouraging less sustainable and lower welfare methods of food production across the world. I appreciate that many MPs, while sympathetic to these concerns, felt unable to support the amendments that were tabled on this issue for a variety of reasons.

Looking forward, I want to work with MPs from all parties to explore, as a matter of priority, how we can tackle this issue of trade and food standards together.

This week sees the Trade Bill come before the House of Commons for its Second Reading, and I believe this provides a timely opportunity for MPs to ask ministers for detail of how they intend to stick to their pledge not to undermine our high standards of farming and food production in trade policy. In particular, how exactly will MPs scrutinise the detail of negotiated trade deals before they are signed, to make sure they work for their constituents, whether consumers, businesses or farmers? And how will government grapple with the complexities and tensions at the heart of this issue – liberalising trade and opening up opportunities for more exports abroad, while ensuring the UK promotes sustainable, climate friendly farming across the globe and manages imports of food that would be illegal to produce here?

Back in February 2019, I asked then then Defra Secretary Michael Gove to establish a Trade, Food and Farming Standards Commission to deal with exactly these issues. I was delighted that he agreed. Since then, however, we have heard nothing. The Commission would involve representative from government, industry, environmental and animal welfare NGOs and consumer groups, as well as academics on trade and food policy. In a short time frame it would provide government with a suite of recommendations, which government would be required to respond to. It would look at the policies and processes needed to ensure that food sold in the UK meets the same standards as those required of UK producers, including on the environment and animal welfare, and the ways of defining what those standards are and how best to compare them with overseas producers. It would recommend systems and measures to ensure effective and transparent comparison of UK production standards with those overseas, and could consider exceptions that might be needed, for instance to avoid negative impacts on consumers or on developing countries. It would also consider what ongoing role, either for the Commission or another body, is required to scrutinise ongoing trade negotiations and the terms of trade deals.

Through the work of this Commission I believe many of the concerns of MPs and ministers would be allayed. Fundamentally, it would look to develop constructive solutions to promote free trade while upholding our standards. Indeed, it would be at the forefront of an international drive towards a more sustainable model of free trade that would demonstrate real substance to the Global Britain brand.

On Wednesday, I hope the government will take the opportunity, during the debate on the Trade Bill, to agree to establishing such a Commission. If not, why not? The issues that the Commission will examine in detail need addressing. They cannot be wished away or presumed dealt with by brief pledges in a manifesto or verbal assurances in radio studios. Farmers are feeling increasingly frustrated that their concerns on this matter are being too easily dismissed, and I hope you, as their MPs, and as MPs for the whole of a UK public that enjoys British food and our cherished countryside, will press the government for some clear answers.

Once again, I thank you for your support, and I look forward to continuing to work with you in the months and years ahead to put more British food on peoples’ plates, to export more of our fantastic produce abroad, and to be at the vanguard of the high welfare and sustainable model of farming that will at the heart of our food system, across the world, in the 21st century.