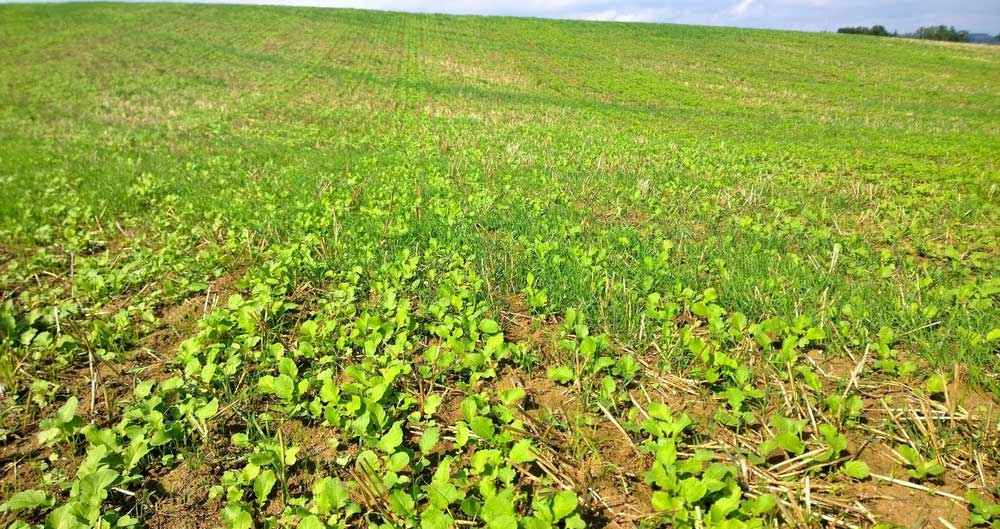 These questions and the RPA’s responses are set out below, but first some more general reminders:

For more details on the scheme rules covered below please refer to the guidance found here for BPS and here for Countryside Stewardship.

BPS claim deadline and timescales to make changes to claims

Given the BPS claim deadline is 15 June, you should urgently review your approach to greening EFA catch and cover crop if you believe after reading the third question and answer below you may not be able to fulfil the scheme requirements later on this year. You should look at other options where possible if you believe you cannot demonstrate 5% EFA using these options while we are still in the BPS application (to 15 June) and amendment windows (16-30 June without penalty provided the claim was submitted by 15 June or to 10 July with a penalty). Other options to EFA catch or cover crop could include the reallocation of non-EFA fallow to EFA fallow (provided it has fulfilled the scheme rules from 1 January 2020), use of eligible hedges, field margins and buffer strips for EFA or look to establish a larger area of EFA catch or cover crop to ensure enough is there to cover the required 5% EFA declared if inspected later this year. For more information on the EFA options please refer to the aforementioned BPS guidance and for the revised application and amendment deadlines for BPS 2020 please refer to the following information:

Keep reading for the questions we've asked the RPA and the answers given. The NFU will continue to monitor the situation in the coming weeks and keep in contact with Defra and RPA.

Q: Use of non-EFA fallow land to cut or graze – will this be possible before the end of June, given that we do not need these areas to be managed as fallow with no crop diversification checks or rules applying this year?

Q: Use of EFA fallow land to cut or graze – will this be possible before the end of June?

RPA response: From a timing perspective, it will not be possible to grant permission to cut or graze EFA fallow land before the end of June. To do so would involve the amendment of our regulations which would, unfortunately, take longer than the timeframe would allow. From 1 July onwards, however, farmers can use EFA fallow cover as they wish i.e. for grazing or cutting (except for grazing or harvesting of wild bird seed or pollen/nectar source mixes).

Q: Any flexibility around the establishment of EFA catch (or cover) crops where conditions do not allow that establishment, appreciating we are still in the application window, but some farmers may not have other EFA options even at this stage? Also what happens where no EFA catch or cover crop is found via remote sensing, but there may be alternative EFA present from imagery, but no physical inspection has taken place? Would equivalence measures be possible?

RPA response: As the deadline to establish an EFA catch crop is still some time ahead, we do not yet know if the recent spell of dry weather will impact the planting of these crops so we will continue to monitor the situation closely. To amend the regulations on catch and cover crops would involve the laying of a Statutory Instrument which is a considerable and lengthy process. As we do not yet know whether this will be necessary, our advice at this moment in time, given that we are still within the application window, would be that anyone concerned that they won’t be able to plant their catch crops by August, should look at declaring other areas of EFA on their applications. If these customers do proceed with their plans to plant their catch crops and they find themselves unable to plant/establish the crop by August, any inspection will report on what is found and offer Compensatory EFA as appropriate.

Q: If the appropriate crop code was entered on the 2020 claim, and that crop has subsequently failed (died off or never emerged), should a farmer amend his claim form or not, bearing in mind we are still in the application/amendment window, but no crop diversification checks or rules apply this year, just land eligibility checks?

RPA response: Failed crops can count as the crop originally established and do not require amendment of the application form. However, supporting evidence will be required (for example seed invoices and delivery notes, crop records or photographs) if it is no longer possible to identify the crop was in the field. The failed crop can also be managed as fallow land, this would require amendment of the application form which can be done at any time (unless they have been notified of an inspection).

Q: The NFU has had an array of calls from members this week to express concerns over establishing certain Countryside Stewardship options due to the dry weather. I’ve advised the usual route of contacting the RPA to seek a Minor or Temporary Adjustment (MTA), and it’s likely an influx of such calls will be coming in the weeks ahead. An example of an option members are struggling with is AB9- Winter bird food.

RPA response: Anyone concerned about the inability to meet any of their option prescriptions should contact us at the first opportunity for advice to see if it is appropriate to put an MTA in place.