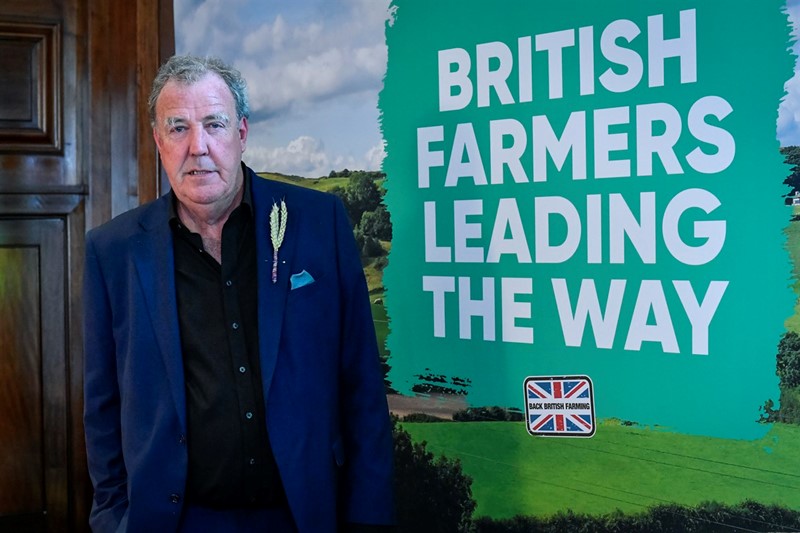 His hit show Clarkson’s Farm has showcased the realities of farming on his farm in Oxfordshire to millions of viewers, who enjoy his outspoken views on farming and no-nonsense approach. He has been a strong supporter of the NFU’s Back British Farming day and echoed its call for UK food self-sufficiency not to slip below 60% - and went further, calling for government to make 80% self-sufficiency a target.

NFU President Minette Batters said: “When it comes to recognising someone who has done their best to showcase British food and farming over the past 12 months, no-one has earned this award more than Jeremy Clarkson. His show has really resonated with the public, brought alive the ups and downs of our industry to a huge new audience, and transported British farming into the living rooms of families across the country.

“It’s been such a challenging time for British farming over the past 12 months; as key workers our farmers have kept shelves stocked with British food and dealt with extreme weather events. Now, they are battling labour shortages, supply chain disruption and rising costs, which are causing severe problems for essential food producing businesses.

“Through all of this, Jeremy Clarkson has been a vocal champion for the British farming industry. His enthusiasm comes through in spades and his overwhelming and continued support for the NFU’s Back British Farming campaign makes him a very deserving winner of this prestigious award.”

1.    Sponsored by the NFU, the Farming Champion award honours someone who has done their best to showcase British food and farming in the past 12 months.