Blog: Should UK farmers be worried by EU-Ukraine agreement? 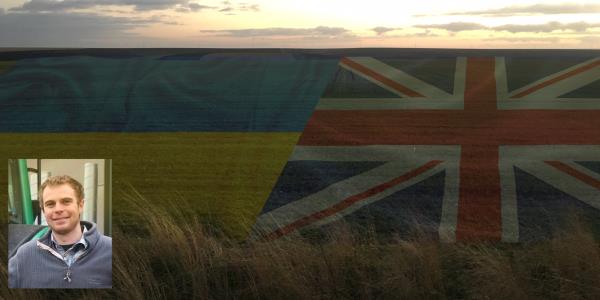 We have all heard the story that Ukrainian farmers have the best land in the world and that one day they will put us all out of business. I was recently invited to the Ukraine to speak to farmers about how we market our grain here in the UK and, having feared the rumours, I was at first a little reluctant to teach them too much; but ultimately if they can market their grain better it will help lift the market floor for everyone.

Ukrainian farmers are not able to manage the financial risks facing their businesses in the same way we can; in most cases farmers have to sell on the spot and are forced to move grain from the farm to somewhere near a rail track in order to increase its value. We are in a much better financial position given we can currently hedge our bets on the futures market, and that’s why the NFU’s work in this area on MiFID is so important.

Blog: Fighting for farmers in the eye of the storm

Head of food and farming, Phil Bicknell - Key points as the AHDB reviews its work

Ukraine has a highly volatile currency and as a guest of Syngenta I heard how they are trialling a system of trading grain for inputs - the local currency devalued by 300% almost overnight in 2014, so although we think grain is volatile it is more stable than anything else around! This currency risk also gives rise to high interest rates, and with rates set at 25 – 30% it’s a struggle for any farmer to get credit.

After visiting several farms it was hard not to be envious of their 2,000+ acre fields with metres-deep black top soil and all virtually weed free, due mainly to insufficient soil moisture. Ukrainian farmers rent almost all of their land as it is against the law to own more than one hectare, for example one farmer we visited farmed 9,000 acres with 2,500 landlords.

Whilst chatting to an agronomist, I learned that they are able to grow a field of wheat for half of what we can in the UK. They obviously however do not get the yields we are able to and are averaging between 7-9 t/ha, but this, I believe, is limited by the climate rather than lack of knowledge or technology.

After leaving the Ukraine I don’t think we have anything to worry about for now. Instead should count ourselves lucky to be farming in a comparatively stable county and with roads that don’t resemble ploughed fields.’

To find out more about NFU North West Combinable Crops Board Chairman Olly Harrison and what he’s been up to in the Ukraine, follow him on twitter @agricontract.