BPS blog: How we're working to get the money moving 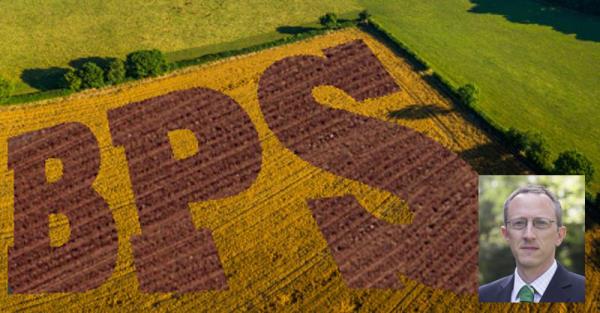 The Rural Payment Agency continues to deliver payments, but not at the level the NFU would like to see. A major concern for me is that the most demanding and time-consuming are claims yet to be fully processed.

What needs to happen in January?

This shows only 11,400 payments finalised and paid after December 1.  With 15,000 farmers receiving a letter saying they are unlikely to be paid before the end of January, that leaves  roughly 27,000 claims that could be paid this month.

But that is a tall order given the performance of the RPA in December. My biggest concern is for members that have not been told of any prolonged delay in payment beyond January. Looking at the stats, there has to be a significant shift in payment performance in January to minimise a group of farmers left high and dry at the end of the month.

We have lobbied for extra resources to be deployed to achieve this, but only time will tell if RPA can deliver, making sure farmers receive communication detailing when they will get paid.

The NFU has pushed all the way through the BPS 2015 cycle for an open and transparent approach to communications from the RPA, Defra and ministers. While not as much information as anyone would have liked has been published to date, the RPA appreciates where the NFU is coming from and we have achieved more regular updates on BPS payment performance than I am sure would have originally been planned. It is absolutely vital that there are weekly updates made on payments issued. It goes without saying that we need payments to be made at least every week.

What we have done

We know how important your BPS payments are to your business. The NFU has been leading the way in working with RPA.  Over the Christmas period (while working of course), I reflected on what we had done on BPS for members:

This all takes time, but we do not stop at 5pm or on a Friday night.

The work does not stop until all payments are delivered. Only last week the NFU met HMRC to discuss that very real member frustration of one part of government asking for money when another part is not delivering money.  We have put a member briefing online and that can be found here.

Colleagues are in regular contact with MPs and this week we are visiting the RPA with members to raise concerns over BPS payment performance. We continue to push for the RPA to look at making part payments to claimants who are being told they are unlikely to be paid before February. For those not paid at the end of January, we are asking for the RPA to inform them when they will be paid. This will help with cash flow planning, which is so critical to the industry.

For the latest on BPS payments refer to NFU Bulletin, go onto NFUOnline here or call NFU CallFirst on 0370 845 8458.