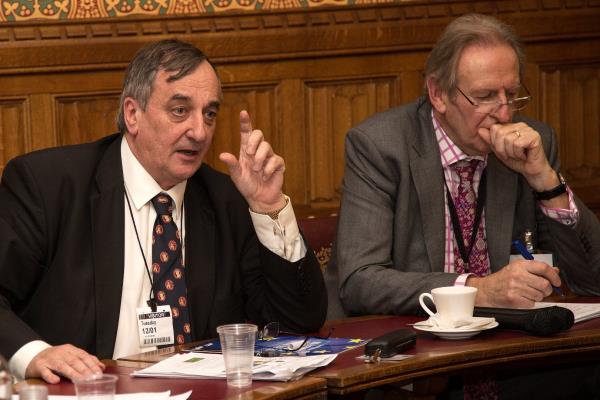 NFU President Meurig Raymond has continued to challenge government for more clarity on the effects of an EU exit for UK agriculture.

Speaking at the British Guild for Agricultural Journalists event at the House of Lords alongside Owen Paterson MP, Brian Gardener from Agra-Europe and finance expert Sian Edmunds, he urged politicians to demonstrate that farmers would still be competitive if Britain exits the European Union.

“Our members are asking how the government will support farming to ensure that we remain competitive following an EU exit?” Mr Raymond said last night.

“Farmers would accept a reduction in farm subsidies, as long as it was across the board. The question of fairness is crucial to our members as we don’t want to be disadvantaged compared to our EU competitors.”

After Secretary of State Liz Truss last week revealed there was no ‘Plan B’ for farm subsidies in the event of Britain leaving Europe, Mr Raymond added: “It is irresponsible not to have a Plan B; members want to know what policies will be put in place to ensure a secure future.

“There is a fear of the unknown. Will the government underwrite farming, do we honestly believe that agriculture will be underwritten to the level it is needed?

“For our members there remain some key issues which have to be answered on the importance of access to the European single market and also access to seasonal labour.”

The event saw polarised views from panellists, with Owen Paterson MP fighting the case for an EU exit.

He said: “I don’t see any sane British government slashing British farming subsidies following an exit, it would be idiotic to unilaterally slash subsidies. The idea that we exit the EU and the UK will suddenly fall into a black hole is frankly childish.”

The NFU is currently undertaking a piece of work that will show the impact of Brexit on UK farming through three different scenarios. Alongside this, we will continue to have regular local meetings with members to help them make an informed decision on the EU ‘In or Out’ debate. 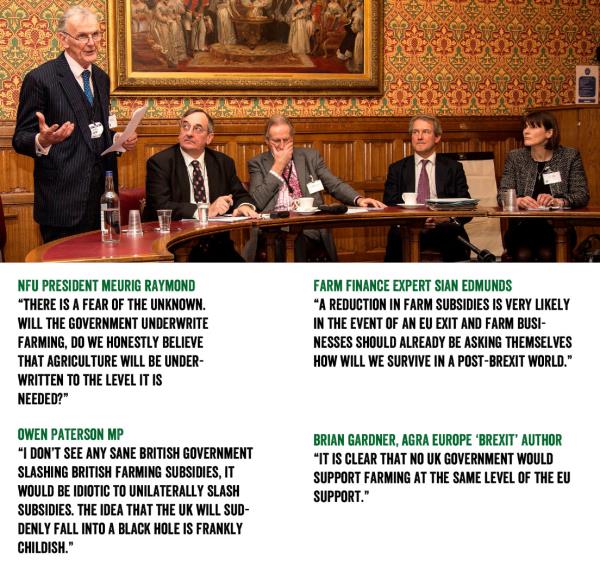