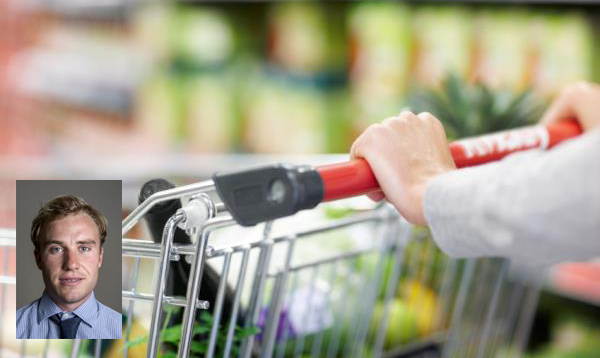 After another year of disruption in the UK grocery sector, the latest supermarket Christmas figures make for interesting reading. The big four retailers - Tesco, Asda, Sainsbury’s and Morrisons - continued to lose market share to the discounters, Aldi and Lidl.

With the big four reporting massive falls in profits in their half-year results, it’s clear the largest retailers are struggling under this pressure. As a result, a staggering £1bn was wiped off the value of fresh food sales in 2015 (The Grocer Top Products Survey, 2015) as prices were slashed to prevent customers leaving for the discounters.

Although low prices are good news for consumers, the worry for producers is that these ongoing price cuts will be passed onto the supply chain. As retailers focus on meeting consumers’ demands, we have the potential to push the credentials of British products.  The NFU will continue to work with all the major retailers in 2016 to ensure that any changes to the supply chain do not impact negatively upon producers.

Data from Kantar Worldpanel suggests Sainsbury’s is recovering slightly, with its share of UK spending now 0.8% higher than at the start of 2015. Likewise, The Cooperative (%201.4%), Waitrose (%201.5%) and the Symbol & Independent sector (Nisa, Londis etc.) (%200.2%) have also seen their market share increase over the last year. Although, it’s worth bearing in mind the whopping 18.5% increase for Lidl and a 13.35% increase for Aldi. In fact, Aldi and Lidl now account for over 10% of UK grocery spending.

It’s almost certain Aldi and Lidl will continue to grow rapidly throughout 2016, but the precise effect on the other retailers is harder to predict. An unexpectedly strong Christmas performance from Tesco and Morrisons complicates things. Many retailers’ improved sales have been down to heavy discounting to entice Christmas shoppers. Therefore, only their year-end profits will show the true cost of this discounting.

Overall, it’s likely 2016 will see further shelf-edge price cuts from the big four alongside new store formats, as supermarkets try to differentiate themselves. Premium retailers like Waitrose and M&S remained profitable during 2015 - although with Aldi and Lidl increasingly targeting wealthier customers - the pressure will be on to up their game. M&S food produced their highest Christmas sales ever, but for Waitrose, Christmas sales were surprisingly down 1.4% on last year.