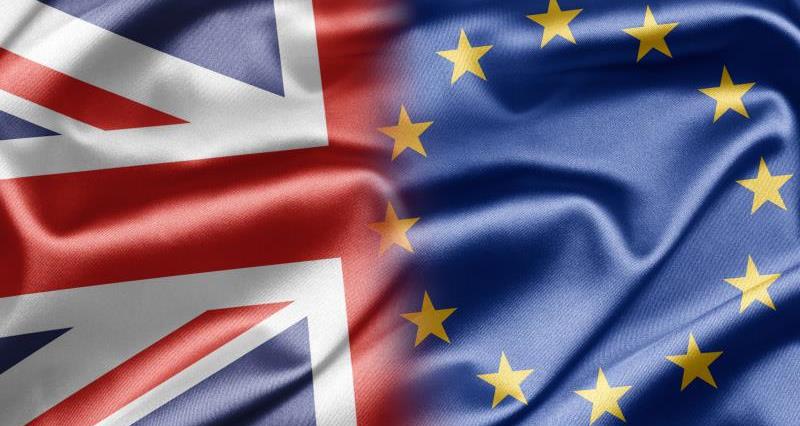 The report is aimed as a thought piece which generates discussion about the uncertainties surrounding the upcoming referendum and the policy environment that UK agriculture would find itself within, if the country were to vote to “leave” the EU.

Ironically, one of Prof Buckwell’s first assignments as an agricultural economist was to model the potential impacts on British agriculture of the UK joining the EEC, commissioned by MAFF more than 45 years ago.

The report is laid out in sections; looking at what is likely to replace EU policies upon withdrawal, and what the likely economic and other impacts for British agriculture would be.

It also considers the wider implications of BREXT - on the residual EU27 and on the devolved territories of the UK. And it covers the process for the ‘divorce’ settlement in the aftermaths of a ‘leave’ result and ponders whether the CAP has in fact been a good thing or not for British farming.

“As with any divorce, there are two things that are always fought over; money and access” - Prof Allan Buckwell

Prof Buckwell argues that the EU trade question is fundamentally a choice between remaining close to the EU single market, and therefore having to retain most EU existing regulation, or leaving the single market in order to allow some deregulation. Whichever outcome, he argues that there will be more customs controls, and thus higher trading costs than now on trade with the EU (both ways).

These could depress UK farm prices and raise some consumer costs. If the UK goes on to choose a more trade-liberal approach, manifested through lower tariff protection levels with the rest of the world, this would also depress UK farm prices, but could lower consumer costs. Taken together, he believes it is likely that UK farmers will face lower prices for their products, while consumer food prices, on balance, may not be much affected.

Prof Buckwell notes that there is a great deal of speculation about the trading relationship that the UK would pursue with the EU. The outcome is not simply a matter of UK choice. It will depend entirely on what the UK government can negotiate with the EU. Such negotiations will be conducted against a backdrop where UK politicians have just persuaded voters that the EU is an enormous failure, which is a drag on UK economy and society. This suggests a less than cheerful atmosphere for UK negotiators. Indeed who are these negotiators? Is our domestic civil service equipped to negotiate such an undertaking?

'We will have spent months insulting the EU uphill and down dale, we will ask for free market access, whilst seeking to burn the very same EU regulations and standards that German, or Dutch farmers have to comply with…..”no dice” I can hear the EU negotiators call.' - Prof Allan Buckwell

The EU has 138 Free Trade Agreements and Preferential Trade Agreements in place or under negotiation. The UK may seek to continue to apply the same terms negotiated by the EU, but again this is simply not the UK’s choice. Prof Buckwell argues that our global partners are more likely to ask to look at every aspect of these agreements on a case by case basis which will take years to untangle.

Money: A British Agricultural Policy (BAP) to replace the CAP?

Prof Buckwell draws on a number of sources to consider what a British Agricultural Policy could look like in the event of a BREXIT, including the Defra/Treasury vision document of 2005, the conclusions of the Balance of Competencies Review (2014) and the position taken by the government in the most recent CAP reform.

He concludes that UK domestic support will not be higher than now under the CAP, and could well be lower. He does think that the UK government would continue some form of direct support to farmers, but at what rate, to whom, for how long and with what conditionality is not yet known and is unlikely to be known before the referendum.

This would only become clear after intense negotiations in the UK amongst the government and interested parties, with the final word ultimately for the UK government, heavily determined by the budget resources it is prepared to assign the sector.

'2016 is a year of agricultural recession, it could quickly move into an agricultural depression if the uncertainty becomes a reality. BREXIT is certainly not a confidence building measure.' - Prof Allan Buckwell

The report concludes that a referendum vote to leave the EU will create massive uncertainties and anxiety in the UK food and farming sector, undermining confidence for many years. Prof Buckwell believes the worst fear of farmers is the combination of fast removal of direct payments, much if not all existing regulation remaining, continued free access to the UK for still-supported EU farmers, and exposure of UK farmers to more competition from the world’s lowest cost exporters.

This outcome would be viewed as equally undesirable by environmental interests. Probably the greatest shock to UK farming would be in the 12 months following a leave result. The land market will be among the first to react. No-one, he argues will bid current rents given the prospect or fear of removal of direct payments. Land owners would struggle to find anyone to take on land and would be reluctant to take land back in hand themselves. Land values would fall.

Uncertainty would be rife up and down the agri-food supply chain, the report suggests. Farmers will adopt a highly cautious attitude towards any farm expenditure and especially new investments. But in time farmers would adjust; that BREXIT would be a significant wake-up call and a catalyst for change in UK farming. And something of a cold bath experience!

Prof Buckwell’s final word in the report is to conclude that he personally doesn’t think a BREXIT will materialise. This being the case, he argues that the UK and the EU will be left with an agricultural policy with all the problems he has long argued are associated with it. No change in agricultural policy, in or out of the EU, is not a sensible option, he maintains.