NFU16: All change for sugar 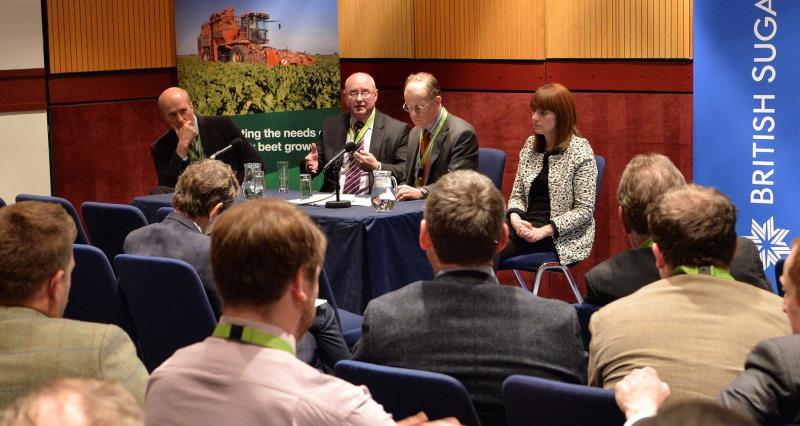 NFU board chairman, William Martin, and British Sugar’s Richard Pike described how negotiations were underway ahead of the first crop following the end of EU-wide production quotas in October 2017.

A choice of contracting options for growers were currently being discussed: - the status quo of a fixed price agreed months before sowing; a fixed price for a three-year period; a price linked to markets and ‘price at the date of delivery’.

Their viability  will be dependent on a sugar market with an increasingly world-wide outlook, following the end of the 1.37million tonne EU export cap.

Some continental producers, notably the French, will be eyeing up our shores and looking to dust down mothballed factories but, although these are uncertain times, they also hold potential.

Richard Pike said: “In the post-17 environment we have more flexibility about what we can sell. If, as an industry, we are competitive we can exploit the changing environment. We have the ability to get more sugar through our factories. Overall British sugar is in a good place on the global scale.”

He stressed the opportunity to see off the competition “on our own island”, where more than half of the sugar sold is imported.

“We’re still in discussions, but if we’re going to produce contracting options, they have to be options you see the value in,” he added.

“I want an ongoing supply base with people who want to grow because that gives me the best chance of the volumes I need.”

A Brexit would in itself not further muddy the waters, unless it were linked to changes to import tariffs for non-EU rivals, he noted.

Growers and the public seeking the true place of sugar in the ‘obesity epidemic’ debate (“it’s not about one ingredient”) should visit the website.