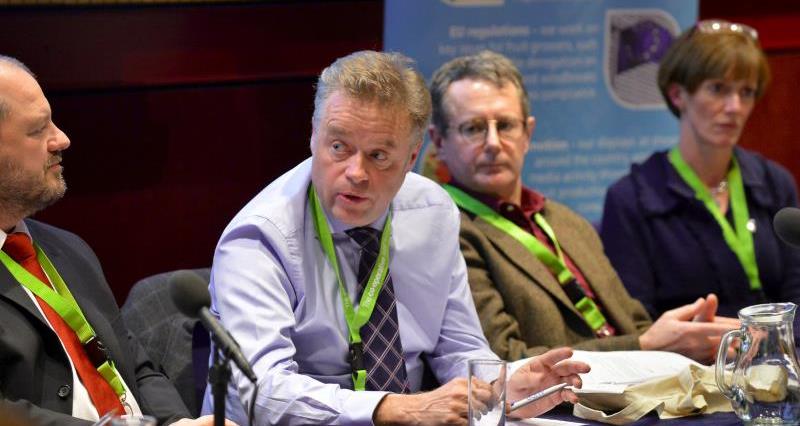 Speaking at the horticulture and potatoes breakout session on day one of the NFU Conference, Ali Capper said it was essential they speak to their MPs to explain that labour represents a massive part of costs to the sector – and that the introduction of the NLW could have devastating impacts on horticulture businesses.

Citing the NFU’s report, produced by Anderson’s, she said labour costs amounted to as much as 70% of turnover for horticulture businesses.

“We need to make sure that members are ready for the for the introduction of the National Living Wage because there are significant penalties in place. We understand that the GLA will be looking for breaches of standard, such as those surrounding age discrimination, government ministers need to understand that the idea that we can just employ people under the age of 25 to fix this, is not an option," she said.

“We really need MP and ministerial understanding of this issue and it was clear today that we didn’t get that. We would make a plea that if you haven’t already met with your MP, please could you do so. I have to say that the MPs that attended the briefing in Westminster were very supportive and they understand the issue. There is nothing like meeting an MP in person.”

While much of the session focussed on the NLW, other discussions surrounding problems in the supply chain, which chairman Guy Poskitt said had become too complicated. He suggested that others were lined up to sign up to the NFU’s Fruit and Veg Pledge. There were further discussions about the merits of extending the GCA’s powers into ornamentals, one of the NFU’s asks, and a discussion about wonky veg and product specification.