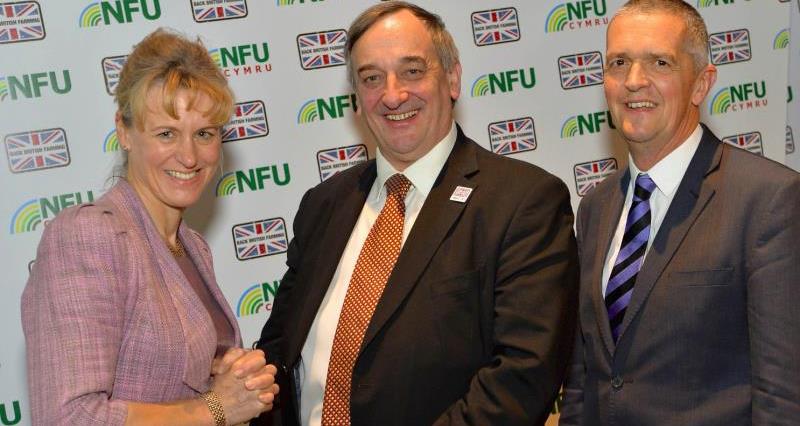 After his re-election, Mr Raymond said: “I’m extremely proud to be re-elected as President of the NFU and I’m grateful that the membership and NFU Council have supported me in the way they have.

“We need to build on what has been achieved over the past two years and convince the policy makers, retailers, consumers and society of the importance of food production and British farming and that we, as farmers, can help to grow the rural economy.

“After a successful conference and hearing how much support there is from consumers in supporting the Back British Farming campaign, I know this is a good foundation to build on.”

Mrs Batters said: “It is a huge honour for me to be re-elected Deputy President of the NFU. I’m delighted and I’d like to thank the membership and NFU Council. Farming has been going through some really challenging times recently and I’m looking forward to serving another term. I’ve always said the NFU is a game-changer for British farming and I look forward to playing a part in this over the next two years.”

Mr Smith said: “I’ve very much enjoyed working with Meurig and Minette over the past two years in what have been very testing times. And I look forward to working with them again in what looks like an equally demanding period. I’m grateful for the vote of confidence from Council and I look forward to the challenge. It’s when times are tough that our members need a strong and effective NFU the most.”