A week in the life of the Next Gen forum chairman 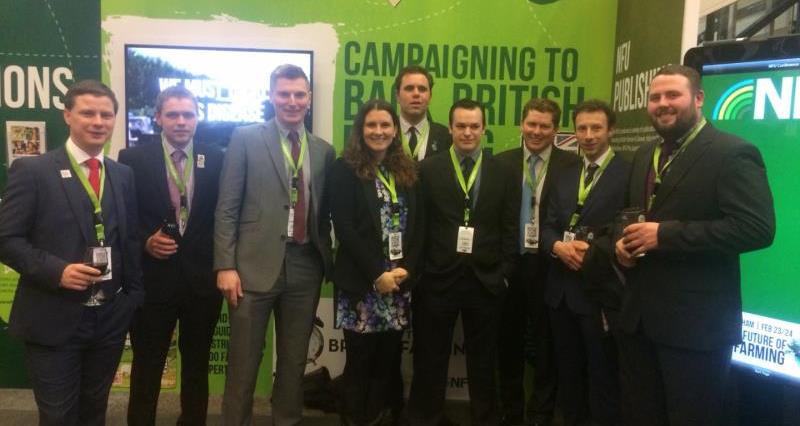 After the week I have had, I can only imagine how the NFU officeholders feel most weeks! But although it was absolutely exhausting, it's a real honour to have seen the breadth of work that the NFU is involved in and play my part in that.

It all began on Saturday (20th)
My morning began by helping to feed the cattle before heading to Coventry to attend the National Federation of Young Farmers’ Clubs Agri Steering Group. It was attended by 30 members, Sam Dilcock was voted the new chairman, Harriet Wilson was voted vice and I look forward to welcoming them to our next NFU meeting. The agenda was wide ranging and very relevant , it included Defra’s 25-year food and farming plan, late BPS payments, BVD Free statement of intent for England and a consultation on a new matching service to create links between farmers with no succession and younger farmers who want the opportunity to take on farm businesses.

I introduced the work of NFU Next Generation and we have agreed a one year trial of a 50:50 joint membership of CEJA (European Council of Young Farmers). We are very keen to work together, investigate the views of the next generation of farmers across other EU member states and be involved in European decisions which affect us. The meeting took us into the evening but after a quick change we all headed into Coventry to socialise and digest the day’s events.

Sunday (21st)
Next morning everybody was bright eyed for the NFYFC council and annual elections. It’s brilliant how it coincided with the NFU election year. Congratulations to Chris Manley, on becoming the new national chairman, also, congratulations to Lynsey Martin and Edward Ford the new vice chairs. On returning home I wrote an email to the rest of the NFU Next Generation about the positive vibes from the weekend.

Monday (22nd)
A day back on the farm routinely weighing cattle, I ordered a load of red diesel at 33p per litre, half price to three years ago, and sent a load of wheat to Manchester; I don’t want to remind myself what the price of wheat was three years ago!

Tuesday (23rd)
Suit on and off to Birmingham for the NFU Conference. This is the fourth NFU Conference I have attended and I love it. It is so well organised, professional and a brilliant opportunity to catch up with so many familiar faces. I was a little anxious as NFU head of food and farming Phil Bicknell and economics adviser and Next Gen secretary Lucia Zitti had organised for me to ask a question in one of the conferences main sessions. I was just glad to ask the question without messing it up or falling off the balcony!!

In the afternoon I attended the livestock commodity breakout session, catching up with Ed Stubbs, Mid-Staffs branch group secretary and Bryce Mackellar the new chairman. We are a relatively young team and hoping to get younger members involved in the area.

After the conference Henry Chinn of Cobrey Farms and I organised our annual drink and we discussed the coming 2016 harvest plans before heading back to the conference centre where the Next Gen had a group photo with NFYFC and Cheshire YFC. For future lobbying I believe it is important as industry stakeholders we all work together regardless of our organisations. It gives our messages more credibility for EU, government and consumers.

We sat down for the evening meal, it was good to meet the other members of the Next Generation and find out how they are progressing. 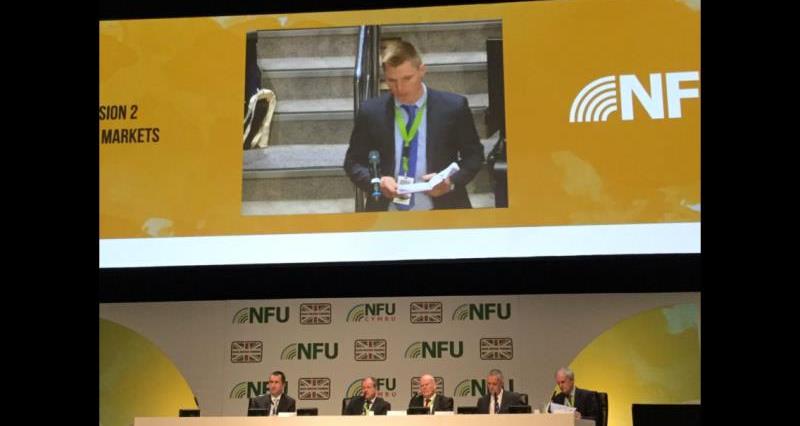 Wednesday (24th)
Day two of conference and I attended the EU Referendum debate with Andrea Graham, NFU head of policy and Joe Greenfield, vice chairman of NFU Next Generation Policy Forum. There was a strong and considered debate from both sides which will make the next six months and then after very interesting times. Joe and I also attended the NFU AGM, before heading home on the train perusing the NFU election results on Twitter and continuing our discussions by text. I arrived home to load finished cattle onto a lorry destined for Lancashire.

Thursday (25th)
The NFU had organised Radio 4 Farming Today program to visit the farm and interview Val, Dad and myself as part of a weekly special they have been doing on the ‘Future of Farming’. Again I was slightly apprehensive, but they were very down to earth and we were able to converse readily. Commitments of the Next Gen take me away from the farm but at every opportunity I try to catch up, so I jumped on the hedge cutter in the afternoon.

I spoke to two of our grain merchants and sold another four loads of wheat for March, the lowest price so far this season but like many we are still waiting for our BPS payments and I like to spread the workload. I ended the day speaking to Lucia Zitti about the conference and she suggested I write this concise article... Hopefully I have followed her advice! 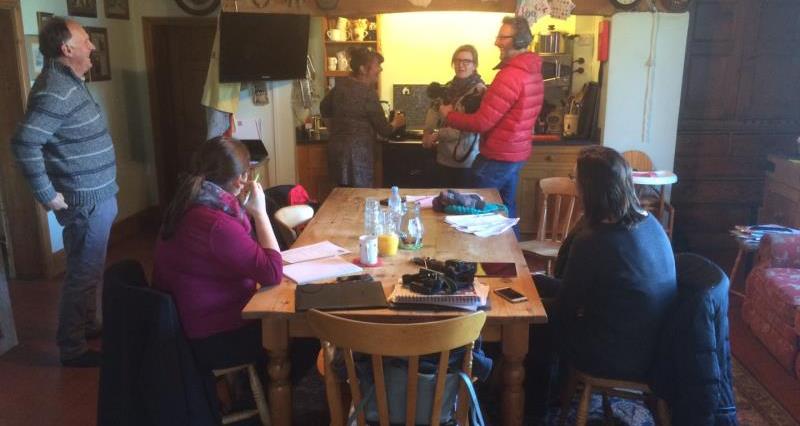 Friday (26th)
Today began with a call from Ed Stubbs the NFU Mid Staffs group secretary to discuss organising the 2018 annual dinner as I will be group chair by then. I had another day on the hedge cutter and sent an email to the Next Gen team to thank them for conference attendance and to facilitate future meeting plans and ideas, before jumping in the truck to drive to Lincolnshire for a 7pm start, where I manage the night shift of a flower pack house for a week during their Mothers' Day peak. I’ll fill you in on that employment another time!

This has probably been my busiest week as chairman of the NFU Next Generation Policy Forum, but it is something I thrive on and feel very lucky to be part of. The group has so much potential to become an integral part of the NFU.

We remain focused on providing input for CAP 2020 and have been working closely with the NFU economists to look at different models. We will also give feedback on the Defra 25-year food and farming plan once it is published this spring, while also investigating how Producer Organisations could operate in different farming sectors in the UK. We look forward to working with the NFYFC Agri Steering Group and CEJA going forward.