A quarter of all UK power from renewables in 2015 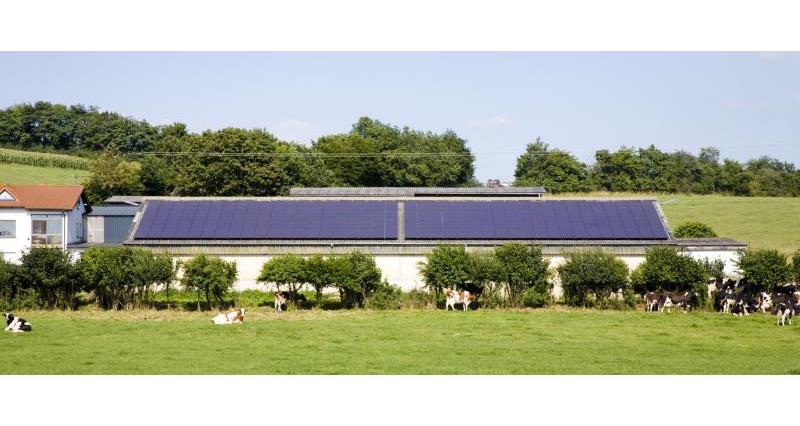 According to government statistics released this week, renewables accounted for 24.7 per cent of all electricity produced on an annual basis, more than both coal (23 per cent) and nuclear (21 per cent).

Total renewable electricity installed capacity at the end of 2015 reached 30 gigawatts, maintaining an annual growth rate of more than 20 per cent, and now accounts for nearly one-third of all UK power stations.

Even more remarkably, renewables’ share of electricity generation increased to a new high of 27 per cent in the fourth quarter of 2015 (October to December), closing the gap with gas generation (at 29.7%, currently the main source of UK electricity). 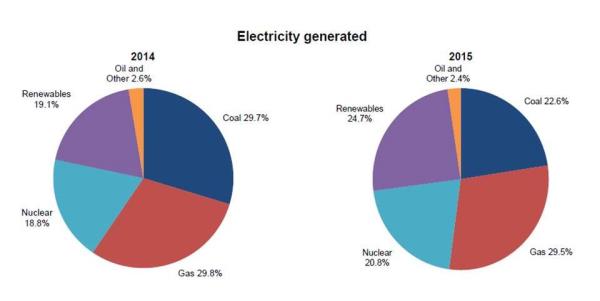 Below is a summary breakdown of renewable electricity production across Britain in 2015 - NFU members should note that at least 11% of UK power is generated now by domestic land-based renewables, much of which we host or own in the agricultural sector:

Regrettably, government data on renewable heat use are not published in this form, so it is harder to track the slower progress in delivering renewable heat against national and European policy goals.

Meanwhile, DECC figures on liquid transport biofuels show that consumption actually fell in 2015 by 17%, mostly attributable to biodiesel use - with bioethanol now the dominant biofuel.  Biofuels in the UK in 2015 accounted for just 3.2% of all road transport fuels.

Analysis by the Renewable Energy Association suggests that the present shortfalls in renewable heat and transport would have to be made up by renewable electricity growing to 44% of UK power generation, in order to meet our legally-binding EU renewable energy target for 2020.