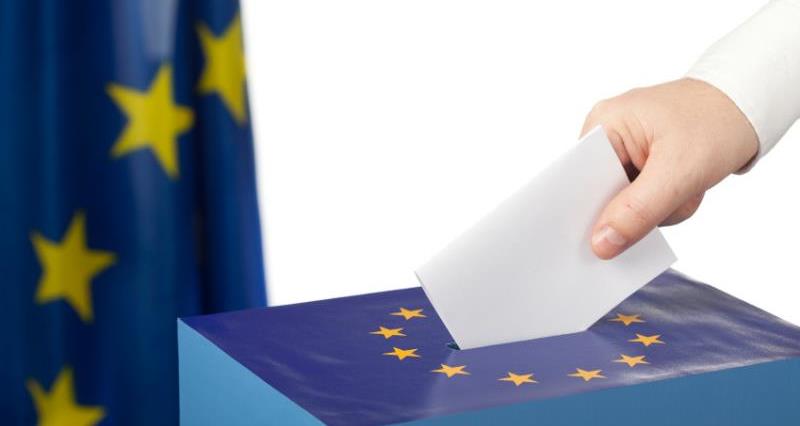 The survey data below was gathered in October and November 2015. This is an historic article from 6 May 2015.

For all the latest EU Exit news, analysis, blogs and briefings visit our dedicated area here.

The NFU has carried out a number of surveys of its membership to better understand their views on EU membership.

In October and November 2015, our dedicated in house survey team carried out a random telephone survey of 658 members* to gauge their views on whether the UK should remain a member of the EU or should the UK leave the EU.

The results were clear, over half of NFU members (52%) would vote to remain in the EU when polled. What was also telling from the results was the percentage of farmers who were at that point “undecided.”

It was clear from feedback from members’ meetings that many of those who were undecided were waiting for more information before taking a decision. That’s why the NFU produced a report setting out the UK farming industry’s relationship with the EU and subsequently commissioned its own impact assessment of potential BREXIT scenarios. 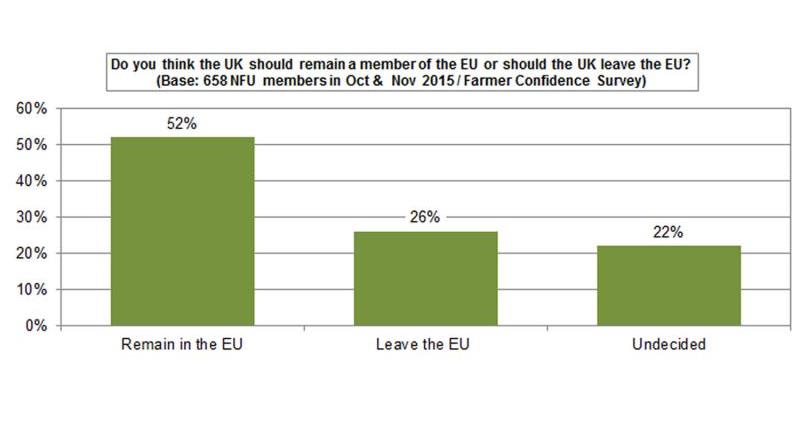 In the Spring of 2016, the NFU re-ran a random survey of its membership. 1024 members* randomly selected across England were asked if they thought the NFU should take a position, based solely on whether the interests of British agriculture would be best served by the UK remaining a member of the EU, or leaving the EU.

Click on the image below or here to see all the latest EU Exit news and analysis: 69% called on the NFU to take a position.  It was once again clear from the results, that whilst members wanted the NFU to take a position and therefore give leadership within the debate, that they didn’t know what the position would be. Following a substantial discussion, NFU Council adopted a resolution on the 18th April setting out the NFU’s position. The NFU has resolved that under no circumstances will it advise its members how to vote. We will however continue to provide members with information from both sides of the campaign relevant to farming. 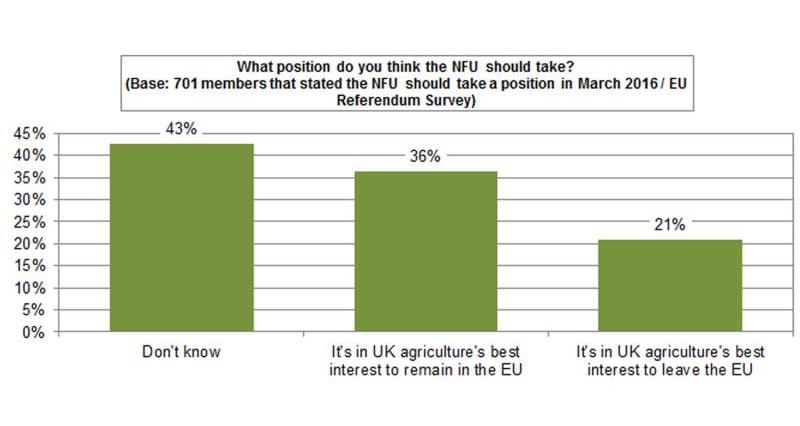 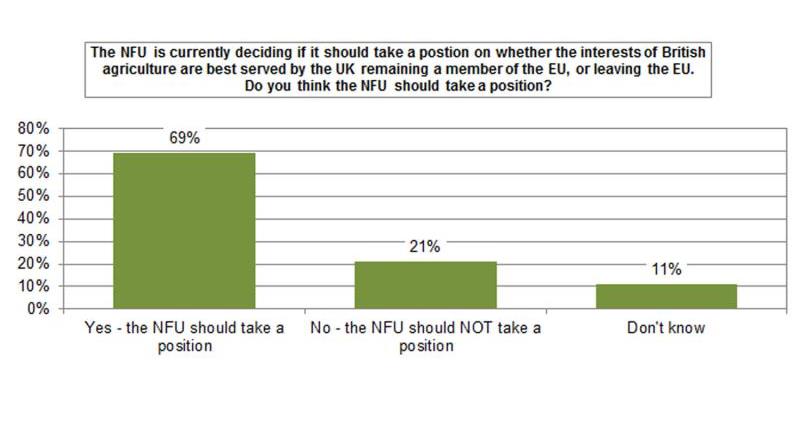