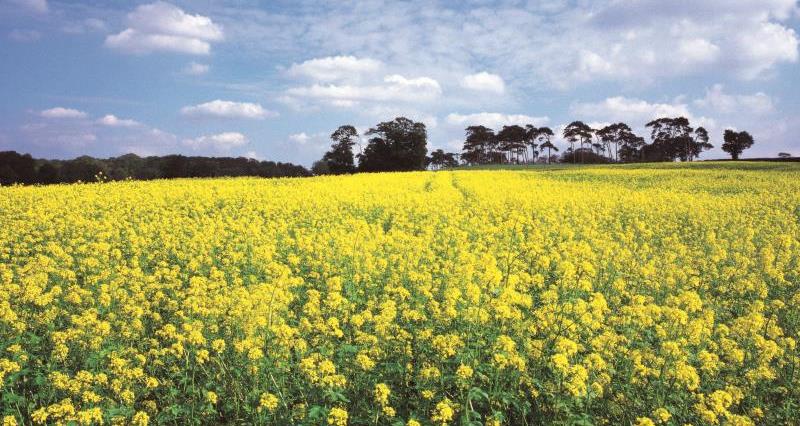 Oilseed rape crops are susceptible to a range of pest species. One of the critical stages of crop development is the good establishment of the crop, with pest damage at this stage potentially resulting in low plant populations and poor vigour.  This leaves the crop more open to pest and disease attack or weather damage later in the season. For this reason farmers have become reliant on neonicotinoid insecticides (especially as seed treatments) as part of cost-effective control strategy for a range of establishment pests in these crops.

Farmers utilise a wide variety of techniques in order to control pests as part of an integrated crop management (ICM) strategy. These include: rotation; planting timing; cultivation; drainage; plant breeding and managing soil moisture (in arable situations, typically by cultivation or managing vegetation). These techniques are not always sufficient to ensure cabbage stem flea beetle (CSFB) damage levels remain below threshold for damage and it is therefore necessary to supplement control of the pest using plant protection products e.g. pyrethroid and before the withdrawal of neonicotinoids. Neonicotinoid-treated seeds provide a unique advantage, as compared to alternative plant protection products; they offer protection to seedlings before they have even emerged from the soil, reducing the damage caused by soil, surface-dwelling and flying pests including CSFB for the critical 6-8 week crop establishment period.  There is also no currently known resistance in CSFB to the neonicotinoid seed treatments.

For harvest 2015, yield for all oilseed rape crops in the UK, including spring planted crops, did rise by an average of 6.9 per cent against the previous year and UK yield almost equalled that of 2011, which remains the highest UK OSR yield on record.   The data shows English average yields for winter oilseed rape rose by 7.1 per cent (with less spring OSR in 2015).   When looking more closely at the data on crop damage and on yield results in the most affected area, a different picture emerges.   Compared to the 2014 average for the rest of England, the change in yields of WOSR at harvest 2015 in East Anglia, where CSFB damage was most obvious, at 3.8% lower were almost 14 percentage points lower than the for the other regions combined at 10.2 % higher than harvest 2014.

2014 was the first planting year that neonicotinoid seed treatments were banned for use in winter oilseed rape crops.  This led to significant crop damage from CSFB across England from autumn 2014 onward, with much of this seen in East Anglia.  The additional cost of managing insect pest damaged WOSR crops in England was estimated at £22 million.  When pre-harvest estimates of yield loss are added for East Anglia, this rises to over £41 million for the 2015 harvest.    For harvest 2016, all combinable crops are forecast to produce a negative net margin on average in England totalling £161 million.  Winter wheat and WOSR are likely to lose less money than other crop choices, including fallowing (i.e. not cropping) the land.   Replacing insect damaged WOSR will significantly increase economic losses on arable farms.  Within an ICM programme, neonicotinoid seed treatments are the most cost effective and targeted plant protection product against cabbage stem flea beetle in winter oilseed rape crops.   Without access to insecticide seed treatment in 2016-2017, oilseed rape crops in England will be exposed to a high risk of pest damage and consequent economic damage that remains very difficult to mitigate through ICM techniques or alternative cropping choice.