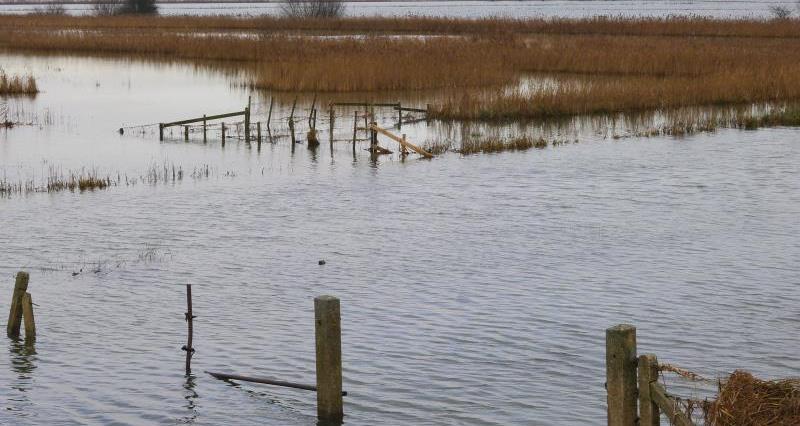 “However, we are concerned that there is very little mention of agriculture, rural communities or food security. Food and farming generates £108billion for the economy and, put simply, we need productive agricultural land to produce food in order to feed the nation. The report also focuses heavily on the future protection of infrastructure. However, it does not recognise that much of the country’s infrastructure - our roads, rail network or electricity grid, for example – is on farmland.

We've launched the summary to our flooding manifesto, which can be read here. Focusing on farming, flooding and the future, the full document will be released in December.

“Government policies for flood resilience and food security must be based around three core principles – planning, protection and funding models. They need to be planned at a catchment scale, ensuring engagement with stakeholders holding invaluable local knowledge; protected by ensuring appropriate valuation of agriculture to the nation now and in the future; and funded using long-term, transparent funding models for both the development of new defences and ongoing maintenance.

“It is fundamental, therefore, that we have appropriate policies and systems in place to protect some of our most productive agricultural land, rural infrastructure and communities at the same time as working together to minimise the impact of flooding.”

The NFU also said that the announcement of an extra £12.5million for temporary flood defences in the North of England was a welcomed move but it warned that these should be available for all communities affected, including those in the most remote locations.

Our principal asks on farming, flooding and the future